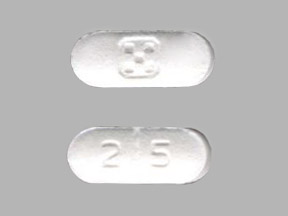 Zoloft (sertraline) is an antidepressant belonging to a group of drugs called selective serotonin reuptake inhibitors (SSRIs). Sertraline affects chemicals in the brain that may be unbalanced in people with depression, panic, anxiety, or obsessive-compulsive symptoms. Zoloft is used to treat depression, obsessive-compulsive disorder, panic disorder, anxiety disorders, post-traumatic stress disorder (PTSD), and premenstrual dysphoric disorder (PMDD). Zoloft may also be used for purposes not listed in this medication guide. Learn more

How much is my Zoloft co-pay with Medicare?

Ways to Save on Zoloft

Here are some ways that may lower the cost of your zoloft prescription.

Note: This document contains side effect information about sertraline. Some of the dosage forms listed on this page may not apply to the brand name Zoloft.

Antidepressants increased the risk of suicidal thinking and behavior in children, adolescents, and young adults with major depressive disorder (MDD) and other psychiatric disorders in short-term studies. Short-term studies did not show an increase in the risk of suicidality with antidepressants compared with placebo in adults older than 24 years, and there was a reduction in risk with antidepressants compared with placebo in adults aged 65 or older. This risk must be balanced with the clinical need. Monitor patients closely for clinical worsening, suicidality, or unusual changes in behavior. Families and caregivers should be advised of the need for close observation and communication with the prescriber. Sertraline hydrochloride is not approved for use in pediatric patients except for patients with obsessive compulsive disorder (OCD).

Along with its needed effects, sertraline (the active ingredient contained in Zoloft) may cause some unwanted effects. Although not all of these side effects may occur, if they do occur they may need medical attention.

Check with your doctor immediately if any of the following side effects occur while taking sertraline:

The most commonly reported side effect was nausea, which was dose dependent and often transient in nature. The most common side effects associated with discontinuation of sertraline (the active ingredient contained in Zoloft) treatment at an incidence at least twice that for placebo and at least 1% for sertraline in clinical trials included abdominal pain, agitation, diarrhea, dizziness, dry mouth, dyspepsia, ejaculation failure, fatigue, headache, hot flushes, insomnia, nausea, nervousness, palpitation, somnolence, and tremor.

The overall profile of side effects in pediatric clinical trials was generally similar to that seen in adult studies. Fever, hyperkinesia, urinary incontinence, aggressive reaction, sinusitis, epistaxis, and purpura were reported in clinical trials in pediatric patients at an incidence of at least 2% and at a rate of at least twice that of placebo. In clinical trials in children and adolescents aged 6 to 17 years with major depressive disorder, the incidence of discontinuation due to side effects was reported at 9%; the most common reactions leading to discontinuation were agitation, suicidal ideation, hyperkinesia, suicide attempt, and aggravated depression.

In a 12-week placebo-controlled study in pediatric patients with OCD, side effects observed at an incidence of at least 5% and at a statistically significant increased level for sertraline (the active ingredient contained in Zoloft) compared with placebo were insomnia and agitation in 6 to 12 year olds, and insomnia in 13 to 17 year olds.

In clinical trials in children and adolescents aged 6 to 17 years with major depressive disorder, agitation was reported at a frequency of at least 2% and at least twice that of placebo. Suicide attempt was reported in the same number of patients in the sertraline (2 out of 189) and placebo (2 out of 184) groups. Suicide ideation was reported by 3 sertraline-treated patients and no placebo-treated patients; however the difference was not statistically significant.

In a 12-week placebo-controlled study in pediatric patients with OCD, side effects observed at an incidence of at least 5% and at a statistically significant increased level for sertraline compared with placebo were headache (in 6 to 12 year olds) and tremor (in 13 to 17 year olds). In clinical trials in children and adolescents aged 6 to 17 years with major depressive disorder, hyperkinesia and tremor were reported at a frequency of at least 2% and at least twice that of placebo.

Potentially life-threatening serotonin syndrome has been reported with SSRIs and SNRIs as monotherapy, but particularly with concomitant use of other serotonergic drugs and drugs that impair the metabolism of serotonin. Signs and symptoms associated with serotonin syndrome or neuroleptic malignant syndrome included agitation, confusion, diaphoresis, diarrhea, fever, hypertension, rigidity, and tachycardia and were in some cases associated with concomitant use of serotonergic drugs.

There are two cases in the literature in which the use of Lactobacillus acidophilus capsules were reported to have been very helpful in the treatment of persistent, sertraline-induced diarrhea.

A study of 26,005 antidepressant users has reported 3.6 times more upper GI bleeding episodes with the use of SSRIs relative to the population who did not receive antidepressant medications. Upper gastrointestinal tract bleeding was observed in 4.1 times more frequently in patients receiving sertraline.

In clinical trials in children and adolescents aged 6 to 17 years with major depressive disorder diarrhea, vomiting, and dry mouth were reported at a frequency of at least 2% and at least twice that of placebo.

The results of one study appear to indicate that treatment with selective serotonin reuptake inhibitors may cause an increase in serum total cholesterol, HDL cholesterol, and/or LDL cholesterol. However, additional studies are necessary to confirm these findings.

In clinical trials in children and adolescents aged 6 to 17 years with major depressive disorder, anorexia was reported at a frequency of at least 2% and at least twice that of placebo. In a 12-week placebo-controlled study in pediatric patients with OCD, anorexia was observed at an incidence of at least 5% and at a statistically significant increased level for sertraline (the active ingredient contained in Zoloft) compared with placebo in 13 to 17 year olds.

In placebo-controlled trials ejaculation failure (primarily delayed ejaculation) in men was reported as a treatment-emergent side effect in 14% of men taking sertraline (the active ingredient contained in Zoloft) compared to 1% in the placebo group. The estimates of the incidence of untoward sexual experience and performance may underestimate their actual incidence, partly because patients and physicians may be reluctant to discuss this issue.

In clinical trials in children and adolescents aged 6 to 17 years with major depressive disorder urinary incontinence was reported at a frequency of at least 2% and at least twice that of placebo.

Case reports have suggested that sertraline, like other serotonin- specific reuptake inhibitors, may induce the syndrome of inappropriate secretion of antidiuretic hormone (SIADH). Seven cases of hyponatremia have been reported, four of which were associated with SIADH. Six of the seven patients were over 60 years of age.

The majority of liver events appear to be reversible upon sertraline treatment cessation.

There was one case of neoplasm reported in one patient receiving sertraline (the active ingredient contained in Zoloft) compared to no cases in the placebo-treated group.