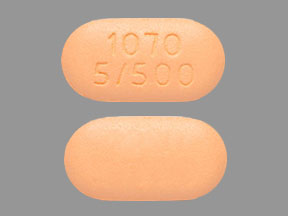 Prices and coupons of Xigduo xr

Xigduo XR extended release tablets contain a combination of dapagliflozin and metformin. Dapagliflozin and metformin are oral diabetes medicines that help control blood sugar levels. Dapagliflozin works by helping the kidneys get Rid of Glucose from your bloodstream. Metformin lowers Glucose production in the liver and also causes your intestines to absorb less Glucose. Xigduo XR is used together with diet and exercise to improve blood sugar control in adults with type 2 diabetes mellitus. Xigduo XR is not for treating type 1 diabetes. Learn more

What is Xigduo XR?

Xigduo XR is used together with diet and exercise to improve blood sugar control in adults with type 2 diabetes mellitus.

Xigduo XR is not for treating type 1 diabetes.

You should not use Xigduo XR if you have severe kidney disease or diabetic ketoacidosis (call your doctor for treatment).

If you need to have any type of x-ray or CT scan using a dye that is injected into your veins, you may need to temporarily stop taking Xigduo XR.

In rare cases, this medicine can cause serious infections in the penis or vagina. Get medical help right away if you have burning, itching, odor, discharge, pain, tenderness, redness or swelling of the genital or rectal area, fever, or if you don't feel well.

You should not use Xigduo XR if you are allergic to dapagliflozin (Farxiga) or metformin, or if you have:

To make sure Xigduo XR is safe for you, tell your doctor if you have ever had:

You may develop lactic acidosis, a dangerous build-up of lactic acid in your blood. This may be more likely if you have other medical conditions, a severe infection, chronic alcoholism, or if you are 65 or older. Ask your doctor about your risk.

Tell your doctor right away if you become pregnant. Dapagliflozin may harm the unborn baby if you take this medicine during your second or third trimester.

Metformin may stimulate ovulation in a premenopausal woman and may increase the risk of unintended pregnancy. Talk to your doctor about your risk.

You should not breastfeed while using Xigduo XR.

Xigduo XR is not approved for use by anyone younger than 18 years old.

How should I take Xigduo XR?

Take Xigduo XR extended release tablets exactly as prescribed by your doctor. Follow all directions on your prescription label and read all medication guides or instruction sheets. Your doctor may occasionally change your dose.

Your doctor may perform kidney function tests before you start taking Xigduo XR.

Take with food to prevent an upset stomach.

Swallow the tablet whole. Do not crush, chew, or break the extended-release tablet.

Your doctor may prescribe a glucagon injection kit in case you have severe hypoglycemia. Be sure your family or close friends know how to give you this injection in an emergency.

Also watch for signs of high blood sugar (hyperglycemia) such as increased thirst or urination.

Your doctor may have you take extra vitamin B12 while you are taking Xigduo XR. Take only the amount of vitamin B12 that your doctor has prescribed.

Call your doctor if you have ongoing vomiting or diarrhea, or if you are sweating more than usual. You can easily become dehydrated while taking this medicine, which can lead to severely low blood pressure or a serious electrolyte imbalance.

If you need surgery or medical tests, tell any doctor who treats you that you are using Xigduo XR.

This medicine is only part of a treatment program that may also include diet, exercise, weight control, blood sugar testing, and special medical care. Follow your doctor's instructions very closely.

Your doctor may have you take extra vitamin B12 while you are taking Xigduo XR. Take only the amount of vitamin B12 that your doctor has prescribed.

Store at room temperature, away from moisture and heat.

Use: As an adjunct to diet and exercise to improve glycemic control in adults with type 2 diabetes mellitus when treatment with both Xigduo XR is appropriate.

Take the medicine (with food) as soon as you can, but skip the missed dose if it is almost time for your next dose. Do not take two doses at one time.

What should I avoid while taking Xigduo XR?

Avoid drinking alcohol. It lowers blood sugar and may increase your risk of lactic acidosis.

Avoid getting up too fast from a sitting or lying position, or you may feel dizzy.

Get emergency medical help if you have signs of an allergic reaction to Xigduo XR: hives; difficult breathing; swelling of your face, lips, tongue, or throat.

Seek medical attention right away if you have signs of a rare but serious genital infection (penis or vagina): burning, itching, odor, discharge, pain, tenderness, redness or swelling of the genital or rectal area, fever, not feeling well. These symptoms may get worse quickly.

Some people taking dapagliflozin have had bladder cancer, but it is not clear if this medicine was the actual cause. Symptoms include pain or burning when you urinate, increased urination, blood in your urine, fever, and pain in your pelvis or back.

Side effects may be more likely to occur in older adults.

Common Xigduo XR side effects may include:

What other drugs will affect Xigduo XR?

This list is not complete. Other drugs may interact with dapagliflozin and metformin, including prescription and over-the-counter medicines, vitamins, and herbal products. Not all possible drug interactions are listed here.

Remember, keep this and all other medicines out of the reach of children, never share your medicines with others, and use Xigduo XR only for the indication prescribed.

Note: This document contains side effect information about dapagliflozin / metformin. Some of the dosage forms listed on this page may not apply to the brand name Xigduo XR.

Along with its needed effects, dapagliflozin/metformin may cause some unwanted effects. Although not all of these side effects may occur, if they do occur they may need medical attention.

Check with your doctor immediately if any of the following side effects occur while taking dapagliflozin / metformin:

Twenty reports of acidosis have been identified in the US Food and Drug Administration Adverse Event Reporting System (FAERS) database during the period March 2013 through 06 June 2014. All patients required emergency room treatment or hospitalization. These cases were not typical of ketoacidosis or diabetic ketoacidosis (DKA) in that they occurred in patients with type 2 diabetes and their blood sugar levels were only slightly increased. Some factors identified as potentially triggering the acidosis included major illness, reduced food and fluid intake, and reduced insulin dose.

Very common (10% or more): Hypoglycemia (when used with sulfonylurea or insulin)

Very common (10% or more): Gastrointestinal symptoms such as nausea, vomiting, diarrhea, abdominal pain, and loss of appetite occurring most frequently during initiation

Small increases in serum parathyroid hormone (PTH) levels were observed with increases larger in subjects with higher baseline PTH concentrations. Bone mineral density in patients with normal or mildly impaired renal function did not indicate bone loss over a period of 2 years.

Newly diagnosed bladder cancer was reported in 10 of 6045 (0.17%) patients receiving dapagliflozin in clinical trials compared with 1 of 3512 (0.3%) patients receiving placebo or comparator. Upon excluding patients in whom exposure to study drug was less than 1 year at time of diagnosis, there were no cases associated with placebo and 4 cases with this drug. Due to the low number of cases, further studies are needed.

In the 5 years (2013 to 2018) since SGLT2 inhibitor approval, 12 cases of Fournier's gangrene have been reported. Reports were almost equal in men and women (men=7; women=5), ages ranged from 38 to 78 years, and the average time to onset after starting an SGLT2 inhibitor was 9.2 months (range 7 days to 25 months). All SGLT2 inhibitor drugs except ertugliflozin were included in the reports. Ertugliflozin being the most recently approved agent, is expected to have the same risk, but insufficient patient use to assess risk. All patients were hospitalized, all required surgery, all required surgical debridement, 5 required more than 1 surgery and 1 required skin grafting. Four cases were complicated by diabetic ketoacidosis, acute kidney injury, and septic shock, leading to prolonged hospitalization, and death in 1 case. In the general population, Fournier's gangrene occurs in about 1.6 out of 100,000 males annually, with the highest incidence in men 50 to 79 years. Since diabetes is a risk factor for Fournier's gangrene, a review of the FAERS database for the last 34 years was done and only 6 cases (all males, median age 57 years) were found with several other classes of antidiabetic drugs. Findings with SGLT2 inhibitors appear to show an association over a shorter time frame and involve both males and females.

Frequency not reported: Decreases in eGFR

Cases of acute kidney injury have been reported during the postmarketing period with dapagliflozin. Some cases required hospitalization and dialysis; some reports were in patients less than 65 years old.