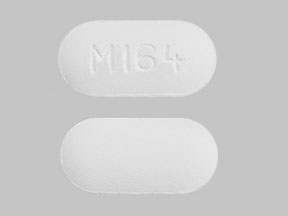 Voriconazole is an antifungal medicine. Voriconazole is used to treat infections caused by yeast or other types of fungus. Voriconazole may also be used for purposes not listed in this medication guide. Tell your doctor about all your current medicines and any you start or stop using. Many drugs can interact, and some drugs should not be used together. You should not use voriconazole if you are allergic to it. Some medicines can cause unwanted or dangerous effects when used with voriconazole. Your doctor may change your treatment plan if you also use: Learn more

Commonly reported side effects of voriconazole include: blurred vision, vision color changes, visual disturbance, and enhanced visual perception. Other side effects include: fever, nausea, skin rash, vomiting, and chills. See below for a comprehensive list of adverse effects.

Along with its needed effects, voriconazole may cause some unwanted effects. Although not all of these side effects may occur, if they do occur they may need medical attention.

Check with your doctor immediately if any of the following side effects occur while taking voriconazole:

The visual disturbances were usually mild and rarely resulted in the discontinuation of therapy.

Ocular side effects have been reported frequently and have included abnormal vision, altered/enhanced visual perception, blurred vision, color vision change, and/or photophobia in about 21% of patients. These visual disturbances were transient and fully reversible; most spontaneously resolving within 1 hour with no clinically significant long-term visual effects. Attenuation was observed with repeated doses. Visual disturbances may be related to higher plasma voriconazole levels and/or doses. The mechanism has not been fully identified; however, the site of action is most likely within the retina. In a 28-day study of the effect of voriconazole on retinal activity in healthy subjects, alterations in color perception, decreases in electroretinogram waveform amplitude, and diminished visual field measurements were linked to the administration of voriconazole. Within 14 days of stopping the drug, each indicator of visual function had returned to baseline.

Elevated alkaline phosphatase (greater than 3 times ULN; up to 22.6%) and decreased potassium (less than 0.9 times lower limit of normal; up to 16.7%) have been reported.

Increased creatinine (greater than 1.3 times ULN) has been reported in up to 21.4% of patients.

Acute renal failure has been reported in severely ill patients.

The overall incidence of clinically significant transaminase abnormalities during clinical studies was 13.5% of patients treated with voriconazole. Increased incidence of abnormal liver function tests may be related to higher plasma levels and/or doses. Most abnormal liver function tests resolved during therapy without dose adjustment or after dose adjustment (including therapy discontinuation).

Most rashes were of mild to moderate severity.

A photosensitivity reaction (manifested as facial edema and cheilitis) was reported in ambulatory patients (n=5) receiving voriconazole 200 mg twice daily for chronic invasive Aspergillus 4 weeks after starting therapy. Symptoms resolved shortly after stopping the drug. Plasma and serum levels of all-trans retinol and 13-cis retinol were elevated in all the cases (n=3) measured supporting a hypothesis that voriconazole inhibits a step in the breakdown of all-trans retinoic acid.

A 65-year-old patient experienced pseudoporphyria after minimal sun exposure coincident with voriconazole therapy. After pseudoporphyria was diagnosed and because the drug could not be stopped, the patient was instructed to avoid the sun and use sunscreens with UVA and UVB protection. The drug was stopped after a year of therapy, but the patient continued to be extremely photosensitive for several months.

A 45-year-old female with a history of non-Hodgkin's lymphoma 3 years post allogeneic bone marrow transplant experienced blistering eruptions coincident with voriconazole therapy. Her posttransplant course had been complicated by chronic, grade 2, cutaneous graft versus host disease requiring therapy. The patient had no history of bullous skin lesions. She was started on voriconazole 200 mg twice daily as prophylactic antifungal therapy. One week later, tense blisters were observed on the hips and later on the hands. There were prodromal burning sensations, but no associated pruritus or pain. The lesions resolved over 5 to 7 days without scarring. She experienced recurrent episodes involving her legs and feet. A biopsy obtained from the knee showed moderate hyperkeratosis, striking atrophy, and extensive basal vacuolization and colloid body formation. The temporal association of voriconazole initiation and onset of the eruption raised suspicion that it was the etiologic factor; thus, the drug was discontinued. The blistering resolved within 2 weeks with no further episodes.

A 78-year-old man diagnosed with acute myelogenous leukemia experienced musical hallucinations coincident with voriconazole therapy. The musical hallucinations began acutely and almost immediately after starting therapy (300 mg orally twice daily) for prevention of fungal infection. After therapy was discontinued, the music became sporadic after 2 days and by the third day the music had ceased.

Fluorosis and periostitis have been reported with long-term therapy.

Melanoma and squamous cell carcinoma of the skin have been reported during long-term therapy in patients with photosensitivity skin reactions.

Frequency not reported: Melanoma, squamous cell carcinoma of the skin