Home  ›  Blog  ›  Men's Health  ›  How Much Icariin Equals Viagra? Everything You Need to Know

How Much Icariin Equals Viagra? Everything You Need to Know

Erectile dysfunction is an incredibly common problem that is estimated to affect 30 million men in the United States alone, with approximately 50 percent of men experiencing the condition at some point in their lifetime.

Icariin is a natural herb sold over the counter that is used as an aphrodisiac to treat a variety of medical conditions in both men and women, including erectile dysfunction and low libido.

Men looking for a natural option to boost their sex lives may consider turning to icariin as an alternative to erectile dysfunction drugs like Viagra (sildenafil), but before you do, you’ll need to know how much icariin equals Viagra and how to use this plant extract safely.

What is erectile dysfunction?

Erectile dysfunction is a medical condition that occurs when men cannot get and/or keep an erection that is hard enough for sex.

The condition is notoriously difficult to treat because there are many factors that influence a man’s ability to get and keep an erection, including their overall health, age, medical conditions, psychological factors, and lifestyle factors.

Medical conditions like diabetes, atherosclerosis, multiple sclerosis, and depression can all contribute to erectile dysfunction, as can lifestyle factors like smoking, illegal drug use, and excessive alcohol use.

Stress and mood can also play a role. The first prescription medication to be approved for the treatment of erectile dysfunction was Viagra, which was approved by the FDA in 1997.

However, natural remedies for erectile dysfunction and low libido, such as icariin, have been used inused for in traditional medicine for thousands of years.

The name might sound silly, but this natural extract of the Epimedium plant has been used as a natural treatment in traditional Chinese medicine for a number of different medical conditions, including circulatory issues, erectile dysfunction, and low improved libido.

It is said that the more popular name of icariin comes from a Chinese goat herder who noticed prolific mating in one of his flocks that was consuming the plant, and the name stuck.

Icariin is an over the counter medication that can be purchased in the form of a tablet, powder, capsule, and tea.

In addition to treating erectile dysfunction, icariin has many other potential applications, including treatment of the following medical conditions:

Icariin has been a popular remedy for centuries, and there is clinical evidence that indicates that the extract is effective in treating erectile dysfunction.

The extract acts as a PDE-5 inhibitor, which is the same mechanism by which Viagra works to treat erectile dysfunction.

PDE-5 inhibitors like icariin and Viagra block the action of a natural chemical called PDE-5 to relax blood vessels and increase blood flow to the penisthat causes blood to flow out of an erect penis.

During a normal erection, a man’s mood, heart, hormones, blood vessels, and nerves work together to prepare a man for sexual activity.

The body releases a chemical called cGMP that directs the muscles and tissues in the penis to relax, which allows blood to flow in.

This blood then gets trapped in the penis at up to eight times the volume of a flaccid penis and an erection occurs. After achieving an orgasm or when the moment has passed, the body releases PDE-5, which directs the body to break down cGMP.

PDE-5 inhibitors like icariin and Viagra block the premature action of PDE-5, allowing men to get and keep an erection when sexually stimulated.

One study found that icariin is effective in inhibiting the action of human PDE-5 in test tubes, while another study, conducted ion rats, found that giving the rats a purified icariin extract improved erectile function.

These studies show that icariin does in fact inhibit the action of PDE-5 in cavernosal smooth muscle, which is the type of muscle in the penis that relaxes to allow blood to flow in during an erection.

However, little research has been done on the effects of icariin on humans and there are no clinical human trials.

It is possible that the effects of icariin on animals will not translate the sameto the same results in humans.

How much icariin equals Viagra?

With icariin offering a natural, over the counter alternative to prescription erectile dysfunction medications like Viagra, it’s no surprise than many men wonder if icariin can be used instead of Viagra.

Unfortunately, taking a lot of icariin at one time isn’t safe due to the potential for serious side effects such as spasms and breathing problems.

What side effects are associated with icariin?

When used on a regular basis in appropriate amounts over the course of several months, most side effects associated with icariin may beare minor.

The side effects most commonly associated with icariin use are nosebleeds, dizziness, and rapid heartbeat. Unfortunately, there are no firm dosage guidelines for icariin use, so it is best to try small quantities as suggested on the packaging in order to see how it affects you before taking more.

When taken in large quantities in a short period of time, icariin can cause spasms and breathing problems. In rare cases, medical emergencies have occurred, including shortness of breath, chest pain, and arrhythmia, as well as a rash and burning sensation.

Are there any warnings associated with icariin?

Although icariin is a natural substance, that doesn’t mean that it is completely safe. There are some risks associated with use of the herb.

People with heart disease, congestive heart failure, and hormone-sensitive cancercancer that is affected by hormone levels should consult with their doctor prior to using icariin.

Some people may experience an allergic reaction to icariin, particularly if they have a known allergy to plants in the Berberidaceae family.

Watch out for symptoms of an allergic reaction, including sweating, feeling hot, or development of a skin rash. 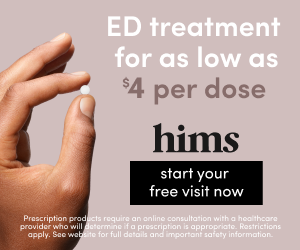 Get ED meds online, shipped to you.

✔️No waiting weeks for an appointment 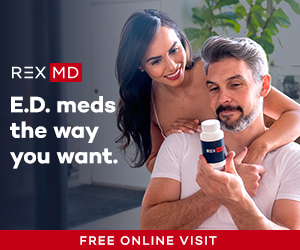 Search prices at your local pharmacy with USA Rx

✔️Free coupon to use at your pharmacy

✔️Unlimited use, no registration needed

Can icariin and Viagra be used together?

Although no human trials involving icariin have been conducted, several animal studies indicate that using icariin in combination with Viagra may improve the efficacy and effectiveness of the erectile dysfunction treatments.

The two medications are used differently, as Viagra is intended for use on an as-needed basis and is not taken by most men every day.

By contrast, icariin takes at least a month of daily consumption to begin working before patients will notice any impact on their libido or sexual performance.

Taking icariin on a daily basis in the form of a capsule, tea, powder, or tablet may help to enhance the effectiveness of Viagra when the prescription is taken before sex.

However, men should speak to their doctors before using the treatments together in order to confirm that doing so will not put them at increased risk of experiencing side effects.

Icariin offers an opportunity for men to naturally boost their libido and potentially increase their sex lives without taking a prescription medication.

However, the natural alternative icariin is 80 times less powerful than Viagra, so using the herb on its own may not be enough to give men the results they are looking for.

Other prescription ED medications like the "little blue pill" include tadalafil (Cialis) and vardenafil (Levitra).

Early research and studies do indicate that combining a daily low dose of icariin along with occasional use of Viagra as needed may improve the efficacy of both treatments and offer more satisfactory results.

Products labeled as containing icariin are not regulated by the FDA and may contain varying amounts of the extract, which may increase the risk of adverse effects.

Seek medical advice from a healthcare provider before using an herbal product like icariin for erectile dysfunction.

View Printer Friendly Version
Tweet
5 out of 5 found this helpful.