treatment for ED as low as $4 per dose* 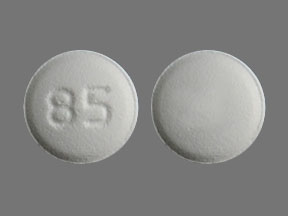 All orders ship in non-branded
packaging to protect your privacy

Viagra (Sildenafil) relaxes muscles found in the walls of blood vessels and increases blood flow to particular areas of the body. Viagra is used to treat erectile dysfunction (impotence) in men. Another brand of Sildenafil is Revatio, which is used to treat pulmonary arterial hypertension and improve exercise capacity in men and women. This page contains specific information for Viagra, not Revatio. Do not take Viagra while also taking Revatio, unless your doctor tells you to. Some medicines can cause unwanted or dangerous effects when used with Viagra. Tell your doctor about all your current medicines, especially riociguat (Adempas) and nitrates. Learn more

How much is my Viagra co-pay with Medicare?

Ways to Save on Viagra

Here are some ways that may lower the cost of your viagra prescription.

Note: This document contains side effect information about sildenafil. Some of the dosage forms listed on this page may not apply to the brand name Viagra.

Common side effects of Viagra include: dyspepsia, headache, visual disturbance, and flushing. Other side effects include: nasal congestion. See below for a comprehensive list of adverse effects.

Along with its needed effects, sildenafil (the active ingredient contained in Viagra) may cause some unwanted effects. Although not all of these side effects may occur, if they do occur they may need medical attention.

Check with your doctor immediately if any of the following side effects occur while taking sildenafil:

This drug has lesser affinity for isoenzyme PDE6, an enzyme found in the retina. This lower selectivity is thought to be the basis for abnormalities related to color vision observed with higher doses or plasma levels.

Rare (less than 0.1%): Hypersensitivity reactions, including rash and urticaria

What pharmacies accept this Viagra coupon?

Rite Aid, Wal-Mart, Walgreens, CVS, Duene Reade, Target, K-mart, and all national and regional chains across the United State. Additional information on our coverage and eligibility is on your Viagra coupon.

FAQ Disclaimer: USA Rx LLC has a full endorsement of our prescription savings discount program. This product does not replace your insurance plan or your health insurance. You need a valid prescription. You may check the price of both your insurance plan (copay) and our patient assistance program. That is an easy step to get the lowest price and out of pocket cost on your prescriptions. We always strive to give you a maximum savings. This is not a rebate and we don't have direct relationship with pharmaceutical companies, like Pfizer. If you have a medical condition and need assistance with figuring out your best option for a discount program or understanding your prescription insurance coverage, please give us a call or drop us an email for additional information. Sometimes that is using a co-pay card, a free trial, another discount card like Singlecare, or a free 30-day trial erection packs directly from the manufacturer. If you need medical help, please seek proper medical care as soon as possible. Chat with your doctor or pharmacist about all possible side effects and adverse reactions. All cardholders adhere to our privacy policy. Prescription prices are subject to change. Our affiliates use the “powered by USA Rx” symbol in marketing materials. We are not associated with a Canadian pharmacy or online Canadian pharmacy.

12 Facts You Might Not Have Known About Erectile Disfunction

Fact 1: ED Medications continue to have huge price increases over the last 8 years.

Fact 2: Men are 3 times more likely to have Erectile Dysfunction if they also have diabetes.

Erectile Dysfunction (ED) impacts 30 million of middle-aged and older men in the United States. Men are 3 times more likely to have Erectile Dysfunction if they also have diabetes. Having high blood pressure and bloor sugar are risks factors for developing ED. Nonetheless, 95% of all erectile dysfunction cases are treatable through medication, testosterone, and the use of medical devices such as implants or vacuums.

Source: Journal of Urology, Feldman, H. A., Goldstein, I., Hatzichristou, D. G., Krane, R. J., & McKinlay, J. B. Impotence and its medical and psychosocial correlates: results of the Massachusetts Male Aging Study. The Journal of urology, 151(1), 54-61.

Fact 3: 65.5% of ED patients had a frequency of insomnia symptoms

One cross-sectional study of 468 men between the ages of 20–80 years found that 65.5% of ED patients had a frequency of insomnia symptoms though individuals with depression primarily complained about falling asleep and waking up in the mornings. Further, men with ED and depression had lower levels of free testosterone levels and quality of life.

A study analyzing 632 sexually active couples between the ages of 18–80 years old  (avg 39.8 years old for the men),found that 42% of the women had difficulties having sex with their partners. While 15% of the men reported having ED, the results indicated that ED played a role in female sexual functions such as dissatisfaction and pain, lack of arousal and orgasms.

Fact 5: On anxiety or depression medications? 30% - 60% of men treated with SSRI treatments may have sexual dysfunction

In a review of over 2000 articles, Gregorian et al. found that between 30% and 60% of men treated with SSRI-treated may have sexual dysfunction due to their treatments. Though treatments such as pupropion, nefazodone, and mirtazapine are the least likely to cause sexual dysfunction.

A study of 1,688 men aged 50 to 78, found a correlation between ED and age, smoking, obesity, cardiovascular treatments, and COPD. Significant ED was correlated with urinary tract conditions, prostate operations, and erectile function.

Fact 7: Men that are physically active and have a BMI that is normal and lower than 25 kg/m2, however, have a 30% reduced chance of having erectile dysfunction

In a study, 31,724 men without a previous history of ED have a 40% increased risk of ED when developing obesity. Men that are physically active and have a BMI that is normal and lower than 25 kg/m2, however, have a 30% reduced chance of having erectile dysfunction than individuals that participate in little or no exercise and have a BMI at or higher than 28.7 kg/m2. Improvements in erectile function include a reduced-calorie diet and consistent exercise.

Fact 8: Still smoking? Current smokers in their 40s were 3 times as likely to have erectile dysfunction

Fact 9: Obesity and other chronic co-morbidities greatly increase the risk of ED. The prevalence of overweight or obesity in men reporting symptoms of ED may be as high as 79%.

In a study that evaluated 154 men with ED, 79% of the men had a body mass index classifying them as obese and other chronic co-morbidities Of the 154 men evaluated, 44% had hypertension; 23% had diabetes mellitus; 16% used tobacco; 79% had a body mass index of > 26 kg/m2; and 74% had a low-density lipoprotein cholesterol level of > 120 mg/dL. The prevalence of overweight or obesity in men reporting symptoms of ED may be as high as 79%.

Fact 10: ED also can be prevalent in the under 40 age range as well.

In a study analyzing 790 men between the ages of 17-77 years old, 1 in 4 of men that reported experiencing new-onset ED, were under the age of 40 years old. Despite having lower incidences of comorbidities, engagement in drugs, body mass index, and higher levels of testosterone than men over the age of 40 years old. Similarly, 48.8% of men younger than 40 years old have severe ED, in comparison to 40% of older men. Age is a primary cofounding factor regarding ED.

Fact 11: ED across the globe: US presented with the highest self-reporting rate of ED at 22%

In a study of 27,839 men between 20 and 75 years old from eight countries, the US presented with the highest self-reporting rate of ED at 22%. The study analyzed the prevalence of erectile dysfunction in the United States, Spain, Mexico, Brazil. Italy, United Kingdom, France, and Germany, and found men from the US were likelier to report having ED. Further, 58% of men with ED sought professional assistance, and only 16% took oral therapy regularly for ED symptoms.

Fact 12: Have you experienced pre-mature ejaculation? This study suggests a 3.8x likelier chance to have ED.

be ready when she is.