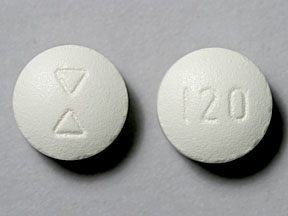 Note: This document contains side effect information about verapamil. Some of the dosage forms listed on this page may not apply to the brand name Verelan PM.

Common side effects of Verelan PM include: sinus bradycardia. Other side effects include: pulmonary edema, severe hypotension, and second degree atrioventricular block. See below for a comprehensive list of adverse effects.

Along with its needed effects, verapamil (the active ingredient contained in Verelan PM) may cause some unwanted effects. Although not all of these side effects may occur, if they do occur they may need medical attention.

Check with your doctor immediately if any of the following side effects occur while taking verapamil:

The most commonly reported side effects include constipation, dizziness, and headache.

Paralysis/tetraparesis was reported in a patient taking this drug and colchicine concurrently.

Cardiovascular side effects may occur with greater intensity at higher doses or in patients with a history of myocardial damage.

Approximately 15% of patients who had atrial flutter/fibrillation and received this drug and digoxin developed resting ventricular rates below 50 beats/min; in the same trial, asymptomatic hypotension occurred in approximately 5% of patients.

Asystole occurred after second/third degree AV block and was usually short in duration, with spontaneous cardiac action returning within seconds in the form of a sinus rhythm.

Non-obstructive paralytic ileus was reversible when treatment was stopped.

Gingival hyperplasia occurred when this drug was given over a prolonged period of time, and was reversible once the drug was discontinued.

Reversible elevations liver enzymes occurred during treatment, and are likely the result of a hypersensitivity reaction (e.g., allergic hepatitis).

Gynecomastia occurred in older male patients on prolonged treatment, and was reversible upon discontinuation of this drug.