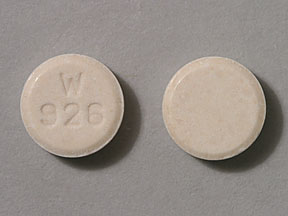 Vasotec (enalApril) is an ACE inhibitor. ACE stands for angiotensin converting enzyme. Vasotec is used to treat high blood pressure (hypertension) in adults and children who are at least 1 month old. Vasotec is also used to treat congestive heart failure in adults. Vasotec is also used to treat a disorder of the ventricles (the lower chambers of the heart that allow blood to flow out of the heart). This disorder can decrease the heart's ability to pump blood to the body. Do not use Vasotec if you are pregnant. If you become pregnant, stop taking this medicine and tell your doctor right away. Learn more

Vasotec is used to treat high blood pressure (hypertension) in adults and children who are at least 1 month old.

Vasotec is also used to treat a disorder of the ventricles (the lower chambers of the heart that allow blood to flow out of the heart). This disorder can decrease the heart's ability to pump blood to the body.

Do not use Vasotec if you are pregnant. If you become pregnant, stop taking this medicine and tell your doctor right away.

You should not use Vasotec if you have ever had angioedema. Do not take Vasotec within 36 hours before or after taking medicine that contains sacubitril (such as Entresto).

If you have diabetes, do not use enalapril together with any medication that contains aliskiren (a blood pressure medicine).

Vasotec can affect your heart or your electrolyte levels. Call your doctor if you have chest pain, pounding heartbeats or fluttering in your chest, a slow heart rate or weak pulse, a tingly feeling, muscle weakness, or muscle tightness or contraction.

You should not use Vasotec if you are allergic to enalapril:

Do not take Vasotec within 36 hours before or after taking medicine that contains sacubitril (such as Entresto).

If you have diabetes, do not use enalapril together with any medication that contains aliskiren (a blood pressure medicine).

You may also need to avoid taking enalapril with aliskiren if you have kidney disease.

To make sure this medicine is safe for you, tell your doctor if you have:

Do not use if you are pregnant. If you become pregnant, stop taking this medicine and tell your doctor right away. Enalapril can cause injury or death to the unborn baby if you take the medicine during your second or third trimester.

You should not breast-feed while you are using Vasotec.

Enalapril is not approved for use by anyone younger than 1 month old.

How should I take Vasotec?

Take Vasotec exactly as prescribed by your doctor. Follow all directions on your prescription label and read all medication guides or instruction sheets. Your doctor may occasionally change your dose.

Your blood pressure will need to be checked often. Your kidney or liver function may also need to be tested.

Call your doctor if you have ongoing vomiting or diarrhea, or if you are sweating more than usual. You can easily become dehydrated while taking Vasotec. This can lead to very low blood pressure, electrolyte disorders, or kidney failure.

If you need surgery, tell the surgeon ahead of time that you are using enalapril.

Store at room temperature away from moisture and heat. Keep the bottle tightly closed when not in use.

In combination with diuretics:
Initial dose: 2.5 mg orally once a day
If feasible, the diuretic should be discontinued 2 to 3 days prior to initiation of therapy with enalapril. If required, diuretic therapy may be gradually resumed.

Comments:
-Treatment is usually combined with diuretics and digitalis.
-Doses should be titrated upward, as tolerated, over a period of a few days or weeks.

Comments:
-After the initial dose, the patient should be observed for at least 2 hours and until blood pressure has stabilized for at least an additional hour.
-If possible, the dose of any concomitant diuretic should be reduced which may diminish the likelihood of hypotension.

Children 1 month to 17 years:
Initial dose: 0.08 mg/kg/day (up to 5 mg) in 1 to 2 divided doses. Adjust dosage based on patient response.
Maximum dose: Doses greater than 0.58 mg/kg (40 mg) have not been evaluated in pediatric patients.

Comment:
-Not recommended in neonates and in pediatric patients with glomerular filtration rate less than 30 mL/min, as no data are available.

What happens if I miss a dose of Vasotec?

What happens if I overdose of Vasotec?

What should I avoid while taking Vasotec?

Avoid getting up too fast from a sitting or lying position, or you may feel dizzy.

Avoid becoming overheated or dehydrated during exercise, in hot weather, or by not drinking enough fluids. Enalapril can decrease sweating and you may be more prone to heat stroke.

Drinking alcohol can further lower your blood pressure and may increase certain side effects of enalapril.

Do not use potassium supplements or salt substitutes, unless your doctor has told you to.

Common Vasotec side effects may include:

What other drugs will affect Vasotec?

Tell your doctor about all your current medicines. Many drugs can interact with enalapril, especially:

This list is not complete and many other drugs may interact with Vasotec. This includes prescription and over-the-counter medicines, vitamins, and herbal products. Not all possible drug interactions are listed here.

Remember, keep this and all other medicines out of the reach of children, never share your medicines with others, and use Vasotec only for the indication prescribed.

Note: This document contains side effect information about enalapril. Some of the dosage forms listed on this page may not apply to the brand name Vasotec.

Common side effects of Vasotec include: increased blood urea nitrogen and increased serum creatinine. Other side effects include: hypotension. See below for a comprehensive list of adverse effects.

Discontinue enalapril maleate as soon as possible when pregnancy is detected, since fetal toxicity, including injury and death to the developing fetus, can be caused by drugs that act directly on the renin-angiotensin system.

Along with its needed effects, enalapril (the active ingredient contained in Vasotec) may cause some unwanted effects. Although not all of these side effects may occur, if they do occur they may need medical attention.

Check with your doctor immediately if any of the following side effects occur while taking enalapril:

Predisposing risk factors for hypotension after enalapril (the active ingredient contained in Vasotec) administration are decreased intravascular volume (angiotensin-dependency), hyponatremia, and concurrent use of a diuretic agent.

Enalapril, like other angiotensin converting enzyme inhibitors, may decrease serum aldosterone levels, resulting in mild to moderate hyperkalemia. Diuretic use and advanced age increase the risk of renal impairment. Enalapril reduced the risk of renal impairment compared to placebo in diabetic patients. The concomitant use of beta blockers with enalapril (the active ingredient contained in Vasotec) has been shown to be renoprotective.

Rare, reversible cases of agranulocytosis associated with enalapril (the active ingredient contained in Vasotec) and other angiotensin converting enzyme (ACE) inhibitors have been reported. ACE inhibitors have been used to treat post renal transplant erythrocytosis. Data have shown that they may decrease circulating erythropoietin levels in these patients.