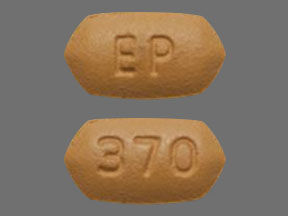 Tolcapone is used together with other medicines (Carbidopa and Levodopa) to treat symptoms of Parkinson's disease, such as stiffness, tremors, muscle spasms, and poor muscle control. Tolcapone increases levels of Levodopa in the body. Tolcapone is usually given to people who are already taking Carbidopa and Levodopa but have not had successful treatment of symptoms. Tolcapone may also be used for purposes not listed in this medication guide. You should not use tolcapone if you have liver disease, if you have ever had liver problems caused by tolcapone, or if you have ever had muscle damage or fever and confusion caused by using any medication. Learn more

Tolcapone is used together with other medicines (carbidopa and levodopa) to treat symptoms of Parkinson's disease, such as stiffness, tremors, muscle spasms, and poor muscle control. Tolcapone increases levels of levodopa in the body.

Tolcapone is usually given to people who are already taking carbidopa and levodopa but have not had successful treatment of symptoms.

Tolcapone may also be used for purposes not listed in this medication guide.

Do not use tolcapone if you have used an MAO inhibitor in the past 14 days, such as isocarboxazid, linezolid, methylene blue injection, phenelzine, rasagiline, selegiline, or tranylcypromine.

Tolcapone can cause liver failure. Call your doctor at once if you have unusual tiredness, loss of appetite, dark urine, clay-colored stools, or jaundice (yellowing of the skin or eyes). Your liver function will need to be checked often.

You should not use tolcapone if you are allergic to it, or if you have:

Do not use tolcapone if you have used an MAO inhibitor in the past 14 days. A dangerous drug interaction could occur. MAO inhibitors include isocarboxazid, linezolid, methylene blue injection, phenelzine, rasagiline, selegiline, tranylcypromine, and others.

Tolcapone can cause liver failure. You may be required to read and sign a Patient Consent form before you get a prescription for tolcapone.

To make sure tolcapone is safe for you, tell your doctor if you have ever had:

It is not known whether tolcapone passes into breast milk or if it could affect the nursing baby. Tell your doctor if you are breast-feeding.

How should I take tolcapone?

Your doctor will perform blood tests to make sure you do not have conditions that would prevent you from safely using tolcapone.

Follow all directions on your prescription label. Your doctor may occasionally change your dose. Do not take tolcapone in larger or smaller amounts or for longer than recommended.

Do not take tolcapone as your only Parkinson's medication. Tolcapone must be used in combination with carbidopa and levodopa.

Tolcapone is usually taken three times a day. The first dose is taken with your first daily dose of carbidopa and levodopa. The second and third doses of tolcapone are taken 6 and 12 hours later.

Tolcapone may be taken with or without food.

Tolcapone may cause you to fall asleep during normal daytime activities such as working, talking, eating, or driving. You may fall asleep suddenly, even after feeling alert. Tell your doctor if you have any problems with daytime sleepiness or drowsiness.

Your liver function will need to be checked often: Every 2 to 4 weeks for the first 6 months of treatment, and then as often as your doctor recommends.

Call your doctor if your symptoms do not improve after 3 weeks of treatment.

Store at room temperature in a tightly closed container, away from moisture and heat.

Overdose can cause vomiting and severe dizziness.

What should I avoid while taking tolcapone?

Drinking alcohol with tolcapone can cause side effects.

In rare cases, tolcapone can cause a condition that results in the breakdown of skeletal muscle tissue, leading to kidney failure. Call your doctor right away if you have unexplained muscle pain, tenderness, or weakness especially if you also have fever, unusual tiredness, or dark colored urine.

Certain side effects may be more likely in older adults.

Comments:
-Because of the risk of potentially fatal acute fulminant liver failure, this drug should only be used in patients who are experiencing symptom fluctuations and are not responding satisfactorily to, or are not appropriate candidates for, other adjunctive therapies.
-For patients who do not demonstrate observable symptomatic benefit within 3 weeks of starting therapy, therapy should be discontinued.
-In clinical trials, the first dose of the day was always taken with the first dose of the day of levodopa/carbidopa, and subsequent doses were given 6 and 12 hours later.
-In clinical trials, a majority of patients who had levodopa doses greater than 600 mg/day or had moderate or severe dyskinesias prior to starting therapy, required a dose reduction of levodopa; the average dose reduction of levodopa was about 30%.

Use: As an adjunct to levodopa and carbidopa for the treatment of the signs and symptoms of idiopathic Parkinson's disease.

What other drugs will affect tolcapone?

Taking tolcapone with other drugs that make you sleepy can worsen this effect. Ask your doctor before taking a sleeping pill, opioid pain medication, muscle relaxer, or medicine for anxiety, depression, or seizures.

Other drugs may interact with tolcapone, including prescription and over-the-counter medicines, vitamins, and herbal products. Tell your doctor about all your current medicines and any medicine you start or stop using.

Tolcapone use has been associated with a risk of potentially fatal, acute fulminant liver failure. Avoid use in patients with liver disease and monitor liver enzymes before starting treatment with tolcapone and periodically during therapy. Discontinue therapy if liver dysfunction develops or if a patient fails to show substantial clinical benefit within 3 weeks of initiation of treatment. Use caution in patients with severe baseline dyskinesia or dystonia.

Along with its needed effects, tolcapone may cause some unwanted effects. Although not all of these side effects may occur, if they do occur they may need medical attention.

Check with your doctor immediately if any of the following side effects occur while taking tolcapone:

Check with your doctor as soon as possible if any of the following side effects occur while taking tolcapone:

After you stop using this medicine, it may still produce some side effects that need attention. During this period of time, check with your doctor immediately if you notice the following side effects:

Cases of severe hepatocellular injury, including fulminant liver failure resulting in death, have been reported. As of 5-2005, 3 cases of fulminant hepatic failure had been reported from more than 40,000 patient years of worldwide use. This incidence may be 10 to 100-fold higher than the incidence in the general population. All 3 cases were reported within the first 6 months of treatment initiation. Analysis of laboratory monitoring indicates that when present, transaminase elevations generally occur within the first 6 months. It is not clear whether periodic monitoring will prevent the occurrence of fulminant liver failure, but it is believed that early detection and immediate withdrawal enhances the likelihood for recovery.

In clinical trials, diarrhea developed in approximately 16%, and 18%, of patients receiving 100 mg or 200 mg three times a day, respectively. Diarrhea was generally regarded as mild to moderate, however, severe diarrhea occurred in 3% to 4% of patients and hospitalization was needed in 0.7% and 1.7% of patients receiving 100 mg or 200 mg, respectively. Diarrhea was the most common adverse reaction resulting in discontinuation. No consistent mechanism for tolcapone-induced diarrhea is known.

Female patients may be more likely to develop somnolence than males. Dyskinesia may occur or be exacerbated as this drug potentiates the dopaminergic side effects of levodopa.

This drug and its metabolites are yellow and can cause a harmless intensification in the color of the urine.