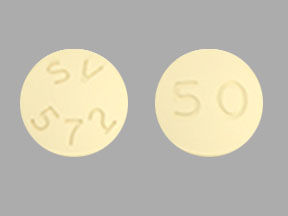 Prices and coupons of Tivicay

Tivicay (dolutegravir) is an antiviral medicine that prevents human immunodeficiency virus (HIV) from multiplying in your body. Tivicay is used with other antiviral medications to treat HIV, the virus that can cause the acquired immunodeficiency syndrome (AIDS). Tivicay is not a cure for HIV or AIDS. Tivicay is for use in adults and children who weigh at least 66 pounds (30 kilograms). You should not use Tivicay if you are also taking Dofetilide (Tikosyn). Taking Tivicay during the first trimester of pregnancy may cause birth defects. Use effective birth control to prevent pregnancy while you are using dolutegravir. Learn more

Tivicay (dolutegravir) is an antiviral medicine that prevents human immunodeficiency virus (HIV) from multiplying in your body.

Tivicay is used with other antiviral medications to treat HIV, the virus that can cause the acquired immunodeficiency syndrome (AIDS).

Tivicay is not a cure for HIV or AIDS.

Tivicay is for use in adults and children who weigh at least 66 pounds (30 kilograms).

You should not use Tivicay if you are also taking dofetilide (Tikosyn).

Taking Tivicay during the first trimester of pregnancy may cause birth defects. Use effective birth control to prevent pregnancy while you are using dolutegravir.

You should not use Tivicay if you are allergic to dolutegravir, or if you are also taking dofetilide (Tikosyn).

You may need to have a negative pregnancy test before starting treatment with Tivicay.

Tivicay may harm an unborn baby if you take the medicine at the time of conception or during the first 12 weeks of pregnancy. Use effective birth control to prevent pregnancy, and tell your doctor if you become pregnant.

If you are pregnant, your name may be listed on a pregnancy registry to track the effects of dolutegravir on the baby.

How should I take Tivicay?

Take Tivicay exactly as prescribed by your doctor. Follow all directions on your prescription label and read all medication guides or instruction sheets.

You may take Tivicay with or without food.

Dolutegravir doses are based on weight in children. Your child's dose needs may change if the child gains or loses weight.

While using Tivicay, you may need frequent blood tests.

If you've ever had hepatitis B, using dolutegravir can cause this virus to become active or get worse. You may need frequent liver function tests while using this medicine and for several months after you stop.

Use all HIV medications as directed and read all medication guides you receive. Do not change your dose or dosing schedule without your doctor's advice. Every person with HIV should remain under the care of a doctor.

Store at room temperature away from moisture and heat. Keep the tablets in their original container, along with any packet or canister of moisture-absorbing preservative.

Therapy-naive or therapy-experienced integrase strand transfer inhibitor (INSTI)-naive patients or virologically-suppressed patients switching to this drug plus rilpivirine: 50 mg orally once a day

Therapy-naive or therapy-experienced INSTI-naive patients when coadministered with certain UGT1A or CYP450 3A inducers: 50 mg orally twice a day

Comments:
-Rilpivirine dose is 25 mg orally once a day for patients switching to this drug plus rilpivirine.
-The manufacturer product information should be consulted for relevant UGT1A or CYP450 3A inducers.
-In INSTI-experienced patients, alternative combinations that do not include metabolic inducers should be considered where possible.

Uses:
-In combination with other antiretroviral agents, for the treatment of HIV-1 infection
-In combination with rilpivirine, as a complete regimen for the treatment of HIV-1 infection to replace a stable antiretroviral regimen in patients who are virologically-suppressed (HIV-1 RNA less than 50 copies/mL) for at least 6 months with no history of treatment failure and no known substitutions associated with resistance to either drug

Comments:
-Recommended for therapy-naive or therapy-experienced INSTI-naive patients
-If certain UGT1A or CYP450 3A inducers are coadministered, the weight-based dose should be increased to twice a day; the manufacturer product information should be consulted for relevant inducers.
-Safety and efficacy not established in INSTI-experienced patients with documented or clinically suspected resistance to other INSTIs (raltegravir, elvitegravir).

Use: In combination with other antiretroviral agents, for the treatment of HIV-1 infection

What should I avoid while taking Tivicay?

Using this medicine will not prevent your disease from spreading. Do not have unprotected sex or share razors or toothbrushes. Talk with your doctor about safe ways to prevent HIV transmission during sex. Sharing drug or medicine needles is never safe, even for a healthy person.

Stop taking this medicine and get emergency medical help if you have signs of an allergic reaction ro Tivicay: fever, general ill feeling, trouble breathing, extreme tiredness; mouth sores, redness or swelling in your eyes; blistering or peeling skin; swelling of your face, lips, tongue, or throat.

Dolutegravir affects your immune system, which may cause certain side effects (even weeks or months after you've taken this medicine). Tell your doctor if you have:

Common Tivicay side effects may include:

What other drugs will affect Tivicay?

Some medicines can make dolutegravir much less effective when taken at the same time. If you take any of the following medicines, take your Tivicay dose 2 hours before or 6 hours after you take the other medicine.

This list is not complete. Other drugs may interact with dolutegravir, including prescription and over-the-counter medicines, vitamins, and herbal products. Not all possible drug interactions are listed here.

Remember, keep this and all other medicines out of the reach of children, never share your medicines with others, and use Tivicay only for the indication prescribed.

Note: This document contains side effect information about dolutegravir. Some of the dosage forms listed on this page may not apply to the brand name Tivicay.

Along with its needed effects, dolutegravir (the active ingredient contained in Tivicay) may cause some unwanted effects. Although not all of these side effects may occur, if they do occur they may need medical attention.

Check with your doctor immediately if any of the following side effects occur while taking dolutegravir:

Grade 2 and grade 3 to 4 elevations in lipase were reported in up to 11% and up to 5% of therapy-naive patients, respectively. Elevated lipase was reported in 10% of therapy-experienced integrase strand transfer inhibitor (INSTI)-experienced patients.

Liver chemistry elevations consistent with immune reconstitution syndrome were reported in some patients with hepatitis B and/or C at the start of therapy, especially when antihepatitis therapy was stopped.

Acute liver failure has been reported in a regimen containing this drug; contribution of this drug was unclear.

Suicidal ideation, attempt, behavior, or completion were observed primarily in patients with history of depression or other psychiatric illness.

Arthralgia and myalgia have also been reported during postmarketing experience.

Frequency not reported: Increased serum creatinine (due to inhibition of tubular secretion of creatinine)