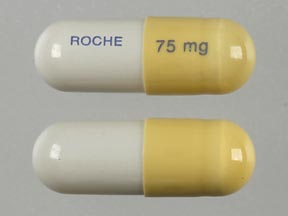 Tamiflu (oseltamivir) is an antiviral medication that blocks the actions of influenza virus types A and B in your body. Tamiflu is used to treat flu symptoms caused by influenza virus in people have had symptoms for less than 2 days. This medicine may also be given to prevent influenza in people who may be exposed but do not yet have symptoms. Tamiflu will not treat the common cold. Tamiflu should not be used in place of getting a yearly flu shot. The Centers for Disease Control recommends an annual flu shot to help protect you each year from new strains of influenza virus. Learn more

How much is my Tamiflu co-pay with Medicare?

Ways to Save on Tamiflu

Here are some ways that may lower the cost of your tamiflu prescription.

Note: This document contains side effect information about oseltamivir. Some of the dosage forms listed on this page may not apply to the brand name Tamiflu.

Common side effects of Tamiflu include: nausea and vomiting. Other side effects include: abdominal pain. See below for a comprehensive list of adverse effects.

Along with its needed effects, oseltamivir (the active ingredient contained in Tamiflu) may cause some unwanted effects. Although not all of these side effects may occur, if they do occur they may need medical attention.

Check with your doctor immediately if any of the following side effects occur while taking oseltamivir:

The most common side effects were nausea and vomiting.

Side effects with similar or higher incidence among placebo patients included dizziness and vertigo.

Influenza can be associated with various neurologic and behavioral symptoms (including hallucinations, delirium, abnormal behavior), with fatal outcomes in some cases; such events may occur with encephalitis or encephalopathy but can occur without obvious severe disease. There are postmarketing reports (mostly in Japan) of delirium and abnormal behavior leading to injury, with fatal outcomes in some cases, in influenza patients using this drug. Although frequency is unknown, based on usage, these events appear uncommon. These events were primarily reported in pediatric patients, often with abrupt onset and rapid resolution. The contribution of this drug to such events has not been established.

Side effects with similar or higher incidence among placebo patients included insomnia.

Side effects with similar or higher incidence among placebo patients included fatigue, pyrexia, influenza-like illness, and pain in limb.

Side effects with similar or higher incidence among placebo patients included herpes simplex.

Uncommon (0.1% to 1%): Dermatitis (including allergic and atopic dermatitis)

Side effects with similar or higher incidence among placebo patients included back pain, arthralgia, and myalgia.

Side effects with similar or higher incidence among placebo patients included dysmenorrhea.