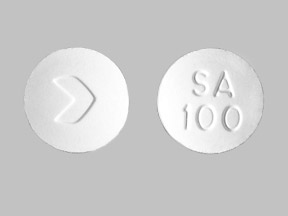 What is sumatriptan injection?

Sumatriptan is a headache medicine that narrows blood vessels around the brain. Sumatriptan also reduces substances in the body that can trigger headache pain, nausea, sensitivity to light and sound, and other migraine symptoms.

Sumatriptan should not be used to treat a common tension headache, or a headache that causes loss of movement on one side of your body. Use this medicine only if your condition has been confirmed by a doctor as migraine headaches.

Sumatriptan may also be used for purposes not listed in this medication guide.

You should not use sumatriptan if you have ever had heart disease, coronary artery disease, blood circulation problems, Wolff-Parkinson-White syndrome, uncontrolled high blood pressure, severe liver disease, a heart attack or stroke, or if your headache seems to be different from your usual migraine headaches.

Do not use this medicine if you have used an MAO inhibitor in the past 14 days, such as isocarboxazid, linezolid, methylene blue injection, phenelzine, rasagiline, selegiline, or tranylcypromine.

Do not use sumatriptan within 24 hours before or after using another migraine headache medicine.

You should not use sumatriptan if you are allergic to it, if you have a headache that seems different from your usual migraine headaches, or if you have ever had:

Do not use sumatriptan if you have used an MAO inhibitor in the past 14 days. A dangerous drug interaction could occur. MAO inhibitors include isocarboxazid, linezolid, methylene blue injection, phenelzine, rasagiline, selegiline, tranylcypromine, and others.

It is not known whether sumatriptan will harm an unborn baby. Tell your doctor if you are pregnant or plan to become pregnant.

Sumatriptan can pass into breast milk. Do not breast-feed within 12 hours after using sumatriptan. If you use a breast pump during this time, throw out any milk you collect. Do not feed it to your baby.

Sumatriptan injection is not approved for use by anyone younger than 18 years old.

How should I use sumatriptan injection?

Use sumatriptan as soon as you notice headache symptoms. Follow all directions on your prescription label and read all medication guides or instruction sheets. Use the medicine exactly as directed.

Never use more than your recommended dose. Overuse of migraine headache medicine can make headaches worse. Tell your doctor if the medicine seems to stop working as well in treating your migraine attacks.

Sumatriptan is injected under the skin. A healthcare provider may teach you how to properly use the medication by yourself.

This medicine comes in a vial (bottle), a needle-free injector device, or a prefilled cartridge for an auto-injector syringe. Each type is for one use only.

Read and carefully follow any Instructions for Use provided with your medicine. Do not use sumatriptan if you don't understand all instructions for proper use. Ask your doctor or pharmacist if you have questions.

Prepare your injection only when you are ready to give it. Do not use a vial if the medicine looks cloudy, has changed colors, or has particles in it. Call your pharmacist for new medicine.

Store at room temperature away from moisture, heat, and light. Throw away any unused medicine after the expiration date on the label has passed.

What happens if I miss a dose of Sumatriptan succinate?

Since sumatriptan is used when needed, it does not have a daily dosing schedule. Call your doctor if your symptoms do not improve after using sumatriptan.

Overdose symptoms may include tremors, skin redness in your arms or legs, weakness, loss of coordination, breathing problems, blue-colored lips or fingernails, vision problems, or a seizure (convulsions).

What should I avoid while using sumatriptan injection?

Do not use sumatriptan within 24 hours before or after using another migraine headache medicine, including:

Avoid driving or hazardous activity until you know how sumatriptan will affect you. Your reactions could be impaired.

Stop using sumatriptan and call your doctor at once if you have:

What other drugs will affect sumatriptan injection?

Using sumatriptan while you are using certain other medicines can cause high levels of serotonin to build up in your body, a condition called "serotonin syndrome," which can be fatal. Tell your doctor if you also use:

This list is not complete. Other drugs may affect sumatriptan, including prescription and over-the-counter medicines, vitamins, and herbal products. Not all possible drug interactions are listed here.

Along with its needed effects, sumatriptan may cause some unwanted effects. Although not all of these side effects may occur, if they do occur they may need medical attention.

Check with your doctor immediately if any of the following side effects occur while taking sumatriptan:

Life-threatening disturbances of cardiac rhythm, such as ventricular tachycardia and ventricular fibrillation leading to death, and rare reports of acute myocardial infarction, have been reported within a few hours after administration of 5-HT1 agonists.

Another study of 125 patients concluded that panic-like symptoms may explain the chest pain and related side effects after sumatriptan administration in patients with high levels of anxiety.

Cerebral hemorrhage, subarachnoid hemorrhage, and stroke have occurred with 5-HT1 treatment; some have resulted in fatalities. One case of sumatriptan-induced cortical stroke has been reported in a patient with sagittal sinus thrombosis. In some cases, it appears possible that the cerebrovascular events were primary, and the 5-HT1 agonist administered in the belief that presenting symptoms were due to migraine when they were not. Patients with migraine may also be at an increased risk of certain cerebrovascular events such as stroke, hemorrhage, and transient ischemic attacks.

Medication overuse headache may present as migraine-like headaches or as a marked increase in frequency of migraine attacks.

It is unclear whether the nausea and vomiting is related to sumatriptan therapy or to the underlying condition.

One report has suggested that "throat tightness" and chest pain associated with sumatriptan may sometimes be attributable to changes in esophageal motility.

Burns and scars have been reported on the skin where the transdermal iontophoretic transdermal system has been worn. These reports describe severe redness, pain, skin discoloration, blistering, and cracked skin. On June 13, 2016, the manufacturer of the patch suspended sales and distribution of the patch to investigate the cause of these reports.

Local irritative symptoms were reported in clinical trials with sumatriptan nasal spray in approximately 5% of patients, and were severe in about 1% of cases. Symptoms were noted as being transient and generally resolved in less than 2 hours.

Loss of vision included reports of permanent defects. Causality has not been established as visual disorders may occur during a migraine attack itself.

Uncommon (0.1% to 1%): Irritation of the eye, lacrimation, photophobia

The consequences of repeated and prolonged use of the nasal spray on nasal and/or respiratory mucosa have not been established.

Postmarketing reports: Shortness of breath (as part of hypersensitivity reaction)