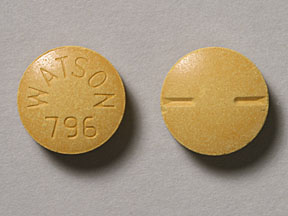 Sulfasalazine is also used to treat rheumatoid arthritis in children and adults who have used other arthritis medicines that did not work or have stopped working.

Sulfasalazine may also be used for purposes not listed in this medication guide.

You should not use sulfasalazine if you have porphyria, a blockage in your bladder or intestines, or if you are allergic to sulfa drugs, aspirin, or similar medicines called salicylates.

You should not use sulfasalazine if you are allergic to it, or if you have:

Tell your doctor if you are pregnant. Taking sulfasalazine can make it harder for your body to absorb folic acid, and folic acid helps prevent major birth defects of the baby's brain or spine. You may need to take folic acid supplements if you take sulfasalazine during pregnancy. Follow your doctor's instructions.

Sulfasalazine can pass into breast milk and may cause diarrhea or bloody stools in a nursing baby. Tell your doctor if you are breast-feeding.

Sulfasalazine is not approved for use by anyone younger than 2 years old.

How should I take sulfasalazine?

Take sulfasalazine after a meal.

You will need frequent medical tests.

Drink plenty of liquids to keep your kidneys working properly while you are taking sulfasalazine.

Sulfasalazine can affect the results of certain medical tests. Tell any doctor who treats you that you are using sulfasalazine.

Sulfasalazine may cause your skin or urine to appear orange-yellow in color. Call your doctor if you also have yellowing of your eyes, brown urine, or stomach pain. These may be signs of liver problems.

If you are treating arthritis, do not stop using any of your other arthritis medicines until your doctor tells you to. Sulfasalazine may not improve your symptoms right away, and you may still need your other medicines for awhile.

Sulfasalazine is only part of a complete treatment for rheumatoid arthritis that may also include rest and physical therapy. Follow your doctor's instructions very closely.

What happens if I miss a dose of Sulfasalazine?

Overdose symptoms may include vomiting, stomach pain, drowsiness, or seizure.

What should I avoid while taking sulfasalazine?

Follow your doctor's instructions about any restrictions on food, beverages, or activity.

Seek medical treatment if you have a serious drug reaction that can affect many parts of your body. Symptoms may include: skin rash, fever, swollen glands, muscle aches, severe weakness, unusual bruising, or yellowing of your skin or eyes.

You may get infections more easily, even serious or fatal infections. Call your doctor right away if you have signs of infection such as:

What other drugs will affect sulfasalazine?

Other drugs may affect sulfasalazine, including prescription and over-the-counter medicines, vitamins, and herbal products. Tell your doctor about all your current medicines and any medicine you start or stop using.

Commonly reported side effects of sulfasalazine include: gastric distress, headache, nausea, oligospermia, vomiting, and anorexia. Other side effects include: fever. See below for a comprehensive list of adverse effects.

Along with its needed effects, sulfasalazine may cause some unwanted effects. Although not all of these side effects may occur, if they do occur they may need medical attention.

Check with your doctor immediately if any of the following side effects occur while taking sulfasalazine:

The use of enteric-coated preparations may decrease gastrointestinal side effects.

Hypoglycemia has been reported rarely in patients using sulfonamides.

Diuresis has been reported rarely in patients using sulfonamides.

Infertility appeared to be reversible upon drug discontinuation.

Angioedema was reported during postmarketing experience with the use of products containing or metabolized to mesalamine.

The risk of Stevens-Johnson syndrome or toxic epidermal necrolysis increased largely with the use of sulfonamides; however, these phenomena were rare as a whole.

In most cases of sulfasalazine-induced SLE, patients received the drug for greater than 1 year. Patients most commonly developed arthralgias and pleuritic chest pain. Generally, these patients had a positive ANA, anti-DNA antibody titer, and were slow acetylators of sulfonamides. Symptoms typically resolved over several weeks to several months.

At least 1 case of Kawasaki-like syndrome with hepatic function changes was reported during postmarketing experience with the use of products containing or metabolized to mesalamine.

Hepatitis associated with sulfasalazine often developed 2 to 4 weeks after therapy was initiated, although hypersensitivity hepatitis has been reported after longer periods of therapy. Associated rash usually progressed to desquamation. Liver biopsy has shown necrosis and infiltration with moderate number of inflammatory cells. Noncaseating granulomas have also been seen. Hepatitis generally resolved over several weeks after therapy discontinuation, although some patients progressed to fulminant hepatic failure.

Hepatitis has been reported in patients with sulfasalazine hypersensitivity. Some of these cases were fatal.

Side effects listed as postmarketing reports were reported during postmarketing experience with the use of products containing or metabolized to mesalamine.

Agranulocytosis has generally occurred during the first 1 to 3 months of therapy. Patients often presented with fever and sore throat. A few also presented with a rash. Bone marrow hypoplasia or aplasia was usually confined to the myeloid series, but may be accompanied by erythroid hypoplasia and marrow plasmacytosis. In one review of 62 cases of sulfasalazine-induced agranulocytosis, 6.5% of patients died. Recovery of granulocytes was generally seen within 1 to 2 weeks after drug discontinuation, and leukocyte counts and differential returned to normal in 1 to 3 weeks. Some cases of agranulocytosis were treated with colony stimulating factor, which appeared to increase the time to recovery.

Patients often presented after several weeks or months of therapy with fever, malaise, shortness of breath, and nonproductive cough. Eosinophilic infiltrates have been seen. Respiratory changes generally resolved over a few weeks, however, fatal reactions involving fibrosing alveolitis have been reported.

Common (1% to 10%): Conjunctival and scleral injection

Anaphylaxis was reported during postmarketing experience with the use of products containing or metabolized to mesalamine.

Goiter production has been reported rarely in patients using sulfonamides.