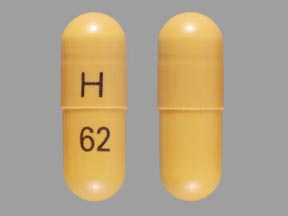 Stavudine is an antiviral medicine that is used to treat human immunodeficiency virus (HIV), the virus that can cause acquired immunodeficiency syndrome (AIDS). Stavudine is not a cure for HIV or AIDS. Stavudine may also be used for purposes not listed in this medication guide. Do not take stavudine with Didanosine or Zidovudine, or with any other medicine that contains stavudine. You may develop Lactic Acidosis, a dangerous build-up of Lactic Acid in your blood. Call your doctor or get emergency medical help if you have unusual muscle pain, trouble breathing, stomach pain, dizziness, feeling cold, or feeling very weak or tired. Learn more

Stavudine may also be used for purposes not listed in this medication guide.

Do not take stavudine with didanosine or zidovudine, or with any other medicine that contains stavudine.

Stavudine can also cause serious or life-threatening effects on your liver or pancreas. Call your doctor at once if you have: stomach pain or swelling, fever, nausea, vomiting, easy bruising or bleeding, loss of appetite, dark urine, or jaundice (yellowing of the skin or eyes).

You should not take stavudine if you are allergic to it. Do not take this medicine with didanosine or zidovudine, or with any other medicine that contains stavudine.

Stavudine can cause severe or life-threatening effects on your liver or pancreas. Tell your doctor if you have liver disease or a history of pancreatitis.

You may develop lactic acidosis, a dangerous build-up of lactic acid in your blood. This may be more likely if you have other medical conditions, if you've taken HIV medication for a long time, or if you are a woman. Ask your doctor about your risk.

Tell your doctor if you are pregnant, and use your medications properly to control your infection. HIV can be passed to your baby if the virus is not controlled during pregnancy. Your name may be listed on a registry to track any effects of antiviral medicine on the baby.

How should I take stavudine?

Take your doses at regular intervals to keep a steady amount of the drug in your body at all times. You may take stavudine with or without food.

Shake the liquid medicine before you measure a dose. Use the dosing syringe provided, or use a medicine dose-measuring device (not a kitchen spoon).

Stavudine doses are based on weight (especially in children and teenagers). Your dose needs may change if you gain or lose weight.

You will need frequent medical tests.

Use all HIV medications as directed and read all medication guides you receive. Do not change your dose or dosing schedule without your doctor's advice. Every person with HIV should remain under the care of a doctor.

Store stavudine capsules at room temperature away from moisture and heat. Keep the bottle tightly closed.

Store stavudine liquid in the refrigerator, do not freeze. Throw away any unused liquid after 30 days.

What happens if I miss a dose of Stavudine?

What should I avoid while taking stavudine?

Avoid drinking alcohol. It may increase your risk of pancreas or liver damage.

Using stavudine will not prevent your disease from spreading. Do not have unprotected sex or share razors or toothbrushes. Talk with your doctor about safe ways to prevent HIV transmission during sex. Sharing drug or medicine needles is never safe, even for a healthy person.

Mild symptoms of lactic acidosis may worsen over time, and this condition can be fatal. Get emergency medical help if you have: unusual muscle pain, trouble breathing, stomach pain, vomiting, irregular heart rate, dizziness, feeling cold, or feeling very weak or tired.

Stavudine affects your immune system, which may cause certain side effects (even weeks or months after you've taken this medicine). Tell your doctor if you have:

What other drugs will affect stavudine?

This list is not complete. Other drugs may affect stavudine, including prescription and over-the-counter medicines, vitamins, and herbal products. Not all possible drug interactions are listed here.

Lactic acidosis and severe hepatomegaly with steatosis, including fatal cases, have been reported. Fatal lactic acidosis has been reported in pregnant women who received the combination of stavudine and didanosine with other antiretroviral agents. Coadministration of stavudine and didanosine is contraindicated because of increased risk of serious and/or life-threatening events. Suspend treatment if clinical or laboratory findings suggestive of lactic acidosis or pronounced hepatotoxicity occur. Fatal and nonfatal pancreatitis have occurred during therapy when stavudine was part of a combination regimen that included didanosine.

Along with its needed effects, stavudine may cause some unwanted effects. Although not all of these side effects may occur, if they do occur they may need medical attention.

Check with your doctor immediately if any of the following side effects occur while taking stavudine:

This drug was associated with many side effects (e.g., polyneuropathy, lactic acidosis, lipoatrophy) for which mitochondrial toxicity was a potential underlying mechanism.

In clinical trials, modest elevations of hepatic transaminases not requiring dose adjustment were reported in up to 13% of patients.

Hepatosplenomegaly (up to 72%) was reported in children; this side effect was not listed for adults.

Lactic acidosis and severe hepatomegaly with steatosis (including fatal cases) have been reported with the use of nucleoside analogs alone or in combination, including this drug and other antiretroviral agents.

Fatal hepatic events were reported most often in patients treated with this drug in combination with hydroxyurea and didanosine.

Peripheral sensory neuropathy (generally characterized by numbness, tingling, or pain in the feet or hands) has been reported. Peripheral neuropathy (some cases severe) was dose-related and occurred more often in patients with advanced HIV disease, with history of peripheral neuropathy, or using other drugs associated with neuropathy. Symptoms generally resolved after dose reduction or interruption of this drug.

Most cases of motor weakness occurred in the setting of symptomatic hyperlactatemia or lactic acidosis syndrome. Symptoms have continued or worsened after therapy was stopped.

In a monotherapy trial, elevated amylase (at least 1.4 x ULN) was reported in 14% of patients.

Abdominal pain, elevated lipase, and pancreatitis (including fatal cases) have also been reported during postmarketing experience.

Edema has been reported with use of this drug although no causal relationship has been established.

Chills/fever have also been reported during postmarketing experience.

Subcutaneous fat loss was most apparent in the face, limbs, and buttocks. The incidence and severity of lipoatrophy have been linked to cumulative exposure. Often, lipoatrophy was not reversible when this drug was discontinued.

Lipoatrophy has also been reported during postmarketing experience.

Arthrosis (up to 11%) was reported in children; this side effect was not listed for adults.

Myalgia has also been reported during postmarketing experience.

Personality disorder (up to 11%) was reported in children; this side effect was not listed for adults.

Insomnia has also been reported during postmarketing experience.

In a monotherapy trial, decreased neutrophils (less than 750/mm3) and platelets (less than 50,000/mm3) were reported in 5% and 3% of patients, respectively.

Cachexia (up to 15%) and dehydration (up to 10%) were reported in children; these side effects were not listed for adults.

Anorexia and lactic acidosis have also been reported during postmarketing experience.

Tachycardia (up to 10%) and vasodilation (up to 15%) were reported in children; these side effects were not listed for adults.

Allergic reaction has also been reported during postmarketing experience.

Conjunctivitis (up to 44%), eye disorder (up to 17%), abnormal vision (up to 11%), and conjunctival edema (up to 20%) were reported in children; these side effects were not listed for adults.

Genital pain (up to 17%) and urinary incontinence (up to 11%) were reported in children; these side effects were not listed for adults.