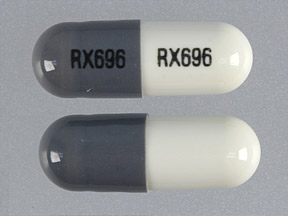 Solodyn (minocycline) is a tetracycline antibiotic supplied as an extended release tablet. Solodyn is a prescription medicine used to treat pimples and red bumps (non-nodular inflammatory lesions) that happen with moderate to severe acne vulgaris in people 12 years and older. Solodyn is not effective for acne that is not red-looking (this means acne that is not inflammatory). Do not use Solodyn if you are pregnant. It could harm the unborn baby or cause permanent tooth discoloration later in life. Learn more

Note: This document contains side effect information about minocycline. Some of the dosage forms listed on this page may not apply to the brand name Solodyn.

Common side effects of Solodyn include: headache. Other side effects include: dizziness. See below for a comprehensive list of adverse effects.

Along with its needed effects, minocycline (the active ingredient contained in Solodyn) may cause some unwanted effects. Although not all of these side effects may occur, if they do occur they may need medical attention.

Check with your doctor immediately if any of the following side effects occur while taking minocycline:

Headache, dizziness, vertigo. and ataxia have been reported. These side effects were reversible within 3 to 48 hours of stopping therapy and occurred less often with low doses.

Hyperpigmentation of various body sites (including the skin, nails, teeth, oral mucosa, bones, thyroid, eyes [including sclera, conjunctiva], breast milk, lacrimal secretions, perspiration) has been reported. This blue/black/grey or muddy-brown discoloration was localized or diffuse. The most common site was the skin. Pigmentation often reversed when the drug was discontinued; however, resolution took several months or persisted in some cases. The generalized muddy-brown skin pigmentation sometimes persisted, especially in areas exposed to sun.

Biopsies of pigmented tissue have shown granules within the cells which stained positive for iron. This pigmentation faded over time after drug discontinuation.

Pancreatitis has rarely been associated with use of this drug. In 2 case reports, cystic fibrosis patients experienced pancreatitis during treatment with this drug for acute bacterial exacerbations of respiratory disease. The authors suggested that cystic fibrosis patients, as a result of the disease process, may be more susceptible to drug-induced pancreatitis. Additionally, in at least 1 case, multiple concomitant medications were taken; therefore, a temporal relationship between this drug and pancreatitis could not be proven conclusively.

Esophagitis and esophageal ulcerations have been reported in patients taking the capsule or tablet formulations of tetracycline-class antibiotics. Most of these patients took the drug immediately before going to bed.

Lupus-like reactions induced by this drug have commonly presented with arthralgia or arthritis, myalgia or malaise, and positive ANA titer. Patients with highly positive anti-double stranded DNA (anti-dsDNA) antibodies have rarely been reported. All patients recovered after the drug was discontinued; however, several required short courses of corticosteroids.

IV minocycline plus quinupristin-dalfopristin were associated with myalgia and arthralgia in 36% of neutropenic cancer patients (n=56).

Pulmonary infiltrates, night sweats, fever, and eosinophilia have developed in several patients receiving this drug. These effects were thought to be due to drug hypersensitivity.

Late-onset drug fever (associated with fever, sore throat, abdominal pain, weakness, loose bloody stools, fatigue, 40-pound weight loss, ESR 99 mm/hr, CRP 5 mg/dL, and mild increases in liver enzymes) has been reported in a 15-year-old boy after using this drug for 24 months for acne. After 1 year of therapy, at least 1 other case of late-onset drug fever occurred. Other reported cases of drug fever generally occurred after 2 to 4 weeks of drug exposure.

Rare cases of necrotizing vasculitis and systemic reactions have been reported, characterized by lymphadenopathy, eosinophilia, increased liver function enzyme levels, and dermatologic involvement. In each case, this drug was discontinued and in some cases, corticosteroid therapy was necessary to assist in the resolution of symptoms.

Some hepatic reactions had an autoimmune basis and occurred after several months of therapy.

In 1 case, a patient developed rapidly progressing liver failure after using this drug for 4 weeks for acne. The patient had stopped this drug 2 weeks prior to onset of malaise. Liver transplantation was considered, but the patient slowly recovered without significant intervention.

Other reports of immunologically-mediated progressive liver dysfunction have rarely occurred. In 1 case, a patient received a liver transplant after fulminant hepatic failure which was thought to be related to a 3-year history of daily therapy to treat acne. The dose of this drug ranged from 50 to 200 mg/day. A second patient had been using this drug to treat acne for 1 year just prior to seeking medical attention for an "influenza-like" syndrome. Upon hospitalization, it was determined that the patient was experiencing an autoimmune-mediated hepatitis, most probably related to this drug. Resolution of symptoms occurred in both of these cases after therapy was discontinued and each patient had received appropriate supportive medical care.

Hepatitis and liver failure have also been reported during postmarketing experience.

Degraded tetracycline may cause renal tubular damage and a Fanconi-like syndrome.

Hemolytic anemia, thrombocytopenia, and eosinophilia have also been reported during postmarketing experience.

High serum levels of tetracyclines have been associated with azotemia, hyperphosphatemia, and acidosis in patients with renal dysfunction.

A condition characterized by dark pigmentation (brown-black microscopic discoloration) of the thyroid gland has been reported; however, there was no clinical or laboratory evidence of thyroid dysfunction (unknown clinical implications).

Very rare (less than 0.01%): Balanitis (due to lesions on the glans penis), vulvovaginitis

Balanitis has also been reported during postmarketing experience.

Cases of grey scleral pigmentation and macular pigmentation have been reported in elderly patients after chronic use of this drug (5 to 12 years).