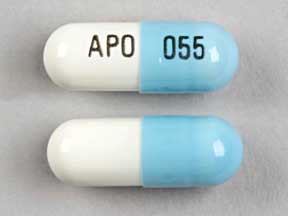 Selegiline prevents the breakdown of a chemical in your brain called dopamine (DO pa meen). Low levels of this chemical are associated with Parkinson's disease. Selegiline is used together with other medicines to treat symptoms of Parkinson's disease. Selegiline may also be used for purposes not listed in this medication guide. Serious drug interactions can occur when certain medicines are used together with selegiline. Tell each of your healthcare prOviders about all medicines you use now, and any medicine you start or stop using. Learn more

Selegiline prevents the breakdown of a chemical in your brain called dopamine (DO pa meen). Low levels of this chemical are associated with Parkinson's disease.

Selegiline is used together with other medicines to treat symptoms of Parkinson's disease.

Selegiline may also be used for purposes not listed in this medication guide.

Serious drug interactions can occur when certain medicines are used together with selegiline. Tell each of your healthcare providers about all medicines you use now, and any medicine you start or stop using.

You should not use selegiline if you are allergic to it, or if you have taken fluoxetine (Prozac, Sarafem and others) within the past 5 weeks.

Some medicines can cause unwanted or dangerous effects when used with selegiline. Your doctor may need to change your treatment plan if you use any of the following drugs:

After you stop taking selegiline, you must wait at least 14 days before taking any of the medications listed above.

To make sure selegiline is safe for you, tell your doctor if you have:

It is not known whether selegiline will harm an unborn baby. Tell your doctor if you are pregnant or plan to become pregnant.

It is not known whether selegiline passes into breast milk or if it could harm a nursing baby. Tell your doctor if you are breast-feeding a baby.

How should I take selegiline?

Follow all directions on your prescription label. Your doctor may occasionally change your dose to make sure you get the best results. Do not use this medicine in larger or smaller amounts or for longer than recommended. Do not change your doses or medication schedule without your doctor's advice.

Selegiline capsules are usually taken twice a day, at breakfast and lunch. Follow your doctor's instructions.

The disintegrating tablet form of selegiline (Zelapar) should be taken once a day before breakfast and without any liquid.

Foods that you MAY eat include:

Do not stop taking selegiline suddenly or you may have harmful side effects. For best results, keep taking the medicine as prescribed.

Store this medicine at room temperature away from moisture and heat.

What happens if I miss a dose of Selegiline hcl?

What should I avoid while taking selegiline?

Avoid drinking alcohol while you are taking selegiline.

While taking selegiline and for 14 days after you stop, you must NOT eat foods that are high in tyramine, including:

Selegiline may impair your thinking or reactions. Some people taking selegiline have fallen asleep during normal daytime activities such as working, talking, eating, or driving. You may fall asleep suddenly, even after feeling alert. Be careful if you drive or do anything that requires you to be alert.

Comments:
-After two to three days of treatment, an attempt may be made to reduce the dose of concomitant levodopa-carbidopa by 10% to 30%. Further reductions may be possible during continued selegiline therapy.

Use: Adjunct in the management of Parkinson's disease patients being treated with levodopa-carbidopa who exhibit deterioration in the quality of their response to this therapy.

Comments:
-Episodes of depression may require several months or more of sustained pharmacologic therapy
-If dose adjustments are necessary, they should be made in increments of 3 mg/24 hours at intervals of at least 2 weeks
-Full antidepressant effect may be delayed

What other drugs will affect selegiline?

Many drugs can interact with selegiline, and some drugs should not be used together. This includes prescription and over-the-counter medicines, vitamins, and herbal products. Not all possible interactions are listed in this medication guide. Tell your doctor about all medicines you use, and those you start or stop using during your treatment with selegiline. Give a list of all your medicines to any healthcare provider who treats you.

Commonly reported side effects of selegiline include: application site reaction, dizziness, insomnia, and nausea. Other side effects include: abdominal pain, skin rash, weight loss, and orthostatic hypotension. See below for a comprehensive list of adverse effects.

Along with its needed effects, selegiline may cause some unwanted effects. Although not all of these side effects may occur, if they do occur they may need medical attention.

Check with your doctor immediately if any of the following side effects occur while taking selegiline:

Get emergency help immediately if any of the following symptoms of overdose occur while taking selegiline:

Some side effects of selegiline may occur that usually do not need medical attention. These side effects may go away during treatment as your body adjusts to the medicine. Also, your health care professional may be able to tell you about ways to prevent or reduce some of these side effects.

In clinical trials with selegiline orally disintegrating tablets, the most commonly reported side effects leading to treatment discontinuation were dizziness, chest pain, accidental injury, and myasthenia. The relative risk for treatment-emergent hypertension and orthostatic or postural hypotension was reported as being at least 2 fold greater in patients 65 years or older compared to those younger than 65 years. Patients over 65 years were also reported at an increased risk for somnolence compared to younger patients.

In clinical trials with selegiline transdermal patches, application site reaction was reported as the side effect that lead to treatment discontinuation in at least 1% of patients at a rate at least twice that of placebo.

Insomnia and sleep disorder were reported as very common side effects with selegiline in double-blind placebo-controlled clinical trials at a higher frequency when used as adjunctive therapy with levodopa in the earlier phases of Parkinson's disease. Insomnia was also reported as a very common side effect in placebo-controlled clinical trials for major depressive disorder with transdermal selegiline.

Parkinson's disease patients treated with dopamine agonists and/or other dopaminergic treatments such as selegiline have been reported as exhibiting impulse control disorders such as pathological gambling, increased libido, hypersexuality, compulsive spending/buying, and binge eating. There have been very few cases reported with selegiline. In some cases, dose reduction or treatment discontinuation led to cessation of impulse control disorders.

Postmarketing reports have indicated that patients taking this drug may experience new or worsening mental status and behavioral changes, such as psychotic-like behavior, particularly after starting therapy or increasing the dose. Certain medications used to treat psychosis (e.g., dopamine antagonists) may exacerbate the symptoms of Parkinson's disease and may decrease the effectiveness of selegiline. Transient high and bruxism were reported at doses greater than 10 mg per day.

Anxiety was reported as a very common side effect with selegiline in double-blind placebo-controlled clinical trials when used as adjunctive therapy with levodopa in the earlier phases of Parkinson's disease.

There have been reports of falling asleep while engaged in activities of daily living, including the operation of motor vehicles, which sometimes resulted in accidents, in Parkinson's disease patients treated with this drug. These reports have occurred in a setting of pre-existing somnolence.

Impaired memory and myoclonic jerks were reported at doses greater than 10 mg per day. Seizure in dialyzed chronic renal failure in a patient treated with selegiline on concomitant medications has been reported in postmarketing experience.

A symptom complex resembling the neuroleptic malignant syndrome, with no other obvious etiology, has been reported in association with rapid dose reduction, withdrawal of, or changes in, antiparkinson therapy.

There have been postmarketing reports of fatal and non-fatal cases of serotonin syndrome with concomitant use of this drug with antidepressants.

Headache was reported as a very common side effect in placebo-controlled clinical trials for major depressive disorder with transdermal selegiline.

This drug inhibits the catabolism of dietary amines such as tyramine, and has the potential to produce a hypertensive crisis following the ingestion of tyramine-rich foods or beverages.

Constipation was reported as a very common side effect with selegiline in double-blind placebo-controlled clinical trials when used as adjunctive therapy with levodopa in the earlier phases of Parkinson's disease.

Increased energy was reported at doses greater than 10 mg per day.

Vertigo was a very common side effect reported with selegiline in double-blind placebo-controlled clinical trials when used as adjunctive therapy with levodopa compared with its use as monotherapy.

Transient anorgasmia and decreased penile sensation were reported at doses greater than 10 mg per day. The estimates of the incidence of untoward sexual experience and performance may also underestimate their actual incidence, partly because patients and physicians may be reluctant to discuss this issue.

Application site reactions with the transdermal patch were primarily described as erythema and resolved spontaneously with no treatment.

Anorexia was reported as a very common side effect with selegiline in double-blind placebo-controlled clinical trials when used as adjunctive therapy with levodopa in the earlier phases of Parkinson's disease.

Muscle twitch was reported at doses greater than 10 mg per day.

Frequency not reported: Small increments in serum BUN and creatinine

Small increments in serum BUN and creatinine were observed with high doses of orally disintegrating selegiline (10 mg orally per day).