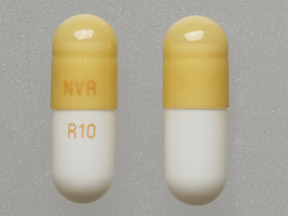 Prices and coupons of Ritalin la

Ritalin (methylphenidate) is a central nervous system stimulant. It affects chemicals in the brain and nerves that contrIbute to hyperactivity and impulse control. Ritalin is used to treat attention deficit disorder (ADD), attention deficit hyperactivity disorder (ADHD), and narcolepsy. Ritalin may also be used for purposes not listed in this medication guide. You should not use Ritalin if you have glaucoma, tics or Tourette's syndrome, or severe anxiety, tension, or agitation. Methylphenidate may be habit-forming, and this medicine is a drug of abuse. Tell your doctor if you have had problems with drug or Alcohol abuse. Learn more

Ritalin (methylphenidate) is a central nervous system stimulant. It affects chemicals in the brain and nerves that contribute to hyperactivity and impulse control.

Ritalin may also be used for purposes not listed in this medication guide.

You should not use Ritalin if you have glaucoma, tics or Tourette's syndrome, or severe anxiety, tension, or agitation.

Methylphenidate may be habit-forming, and this medicine is a drug of abuse. Tell your doctor if you have had problems with drug or alcohol abuse.

Do not use Ritalin if you have used an MAO inhibitor in the past 14 days, such as isocarboxazid, linezolid, methylene blue injection, phenelzine, rasagiline, selegiline, or tranylcypromine.

Methylphenidate may cause new or worsening psychosis (unusual thoughts or behavior), especially if you have a history of depression, mental illness, or bipolar disorder.

You may have blood circulation problems that can cause numbness, pain, or discoloration in your fingers or toes.

Call your doctor right away if you have: signs of heart problems - chest pain, feeling light-headed or short of breath; signs of psychosis - paranoia, aggression, new behavior problems, seeing or hearing things that are not real; signs of circulation problems - unexplained wounds on your fingers or toes.

Do not use Ritalin if you have used an MAO inhibitor in the past 14 days. A dangerous drug interaction could occur. MAO inhibitors include isocarboxazid, linezolid, methylene blue injection, phenelzine, rasagiline, selegiline, tranylcypromine, and others.

You should not use Ritalin if you are allergic to methylphenidate, or if you have:

Stimulants have caused stroke, heart attack, and sudden death in certain people. Tell your doctor if you have:

To make sure Ritalin is safe for you, tell your doctor if you or anyone in your family has ever had:

It is not known whether Ritalin will harm an unborn baby. Tell your doctor if you are pregnant or plan to become pregnant.

It is not known whether methylphenidate passes into breast milk or if it could harm a nursing baby. Tell your doctor if you are breast-feeding a baby.

Ritalin is not approved for use by anyone younger than 6 years old.

How should I take Ritalin?

Take Ritalin exactly as prescribed by your doctor. Follow all directions on your prescription label. Your doctor may occasionally change your dose. Do not take Ritalin in larger or smaller amounts or for longer than recommended.

Ritalin may be habit-forming. Never share this medicine with another person, especially someone with a history of drug abuse or addiction. Keep the medication in a place where others cannot get to it. Selling or giving away this medicine is against the law.

Read all patient information, medication guides, and instruction sheets provided to you. Ask your doctor or pharmacist if you have any questions.

To prevent sleep problems, take this medicine in the morning.

Ritalin tablets and Ritalin SR tablets should be taken at least 30 to 45 minutes before a meal. Extended-release Ritalin LA capsules can be taken with or without food. Follow the directions on your medicine label.

Do not crush, chew, or break a sustained-release tablet. Swallow the tablet whole. Breaking the tablet may cause too much of the drug to be released at one time.

To make swallowing easier, you may open the Ritalin LA capsule and sprinkle the medicine into a spoonful of pudding or applesauce. Swallow right away without chewing. Do not save the mixture for later use.

While using Ritalin, your doctor will need to check your progress at regular visits. Tell any doctor who treats you that you are using this medicine.

If you need surgery, tell the surgeon ahead of time that you are using Ritalin. You may need to stop using the medicine for a short time.

Keep track of your medicine. Methylphenidate is a drug of abuse and you should be aware if anyone is using your medicine improperly or without a prescription.

Seek emergency medical attention or call the Poison Help line at 1-800-222-1222. An overdose of methylphenidate could be fatal.

What should I avoid while taking Ritalin?

Methylphenidate may impair your thinking or reactions. Be careful if you drive or do anything that requires you to be alert.

Get emergency medical help if you have signs of an allergic reaction to Ritalin: hives; difficulty breathing; swelling of your face, lips, tongue, or throat.

Methylphenidate can affect growth in children. Tell your doctor if your child is not growing at a normal rate while using this medicine.

Common Ritalin side effects may include:

What other drugs will affect Ritalin?

Ask your doctor before using a stomach acid medicine (including Alka-Seltzer or sodium bicarbonate). Some of these medicines can change the way your body absorbs methylphenidate, and may increase side effects.

Many drugs can interact with methylphenidate. This includes prescription and over-the-counter medicines, vitamins, and herbal products. Not all possible interactions are listed in this medication guide. Tell your doctor about all your current medicines and any medicine you start or stop using.

Remember, keep this and all other medicines out of the reach of children, never share your medicines with others, and use Ritalin only for the indication prescribed.

Note: This document contains side effect information about methylphenidate. Some of the dosage forms listed on this page may not apply to the brand name Ritalin.

Along with its needed effects, methylphenidate (the active ingredient contained in Ritalin) may cause some unwanted effects. Although not all of these side effects may occur, if they do occur they may need medical attention.

Among patients 7 to 10 years old, consistently medicated (i.e., receiving methylphenidate (the active ingredient contained in Ritalin) for 7 days per week) for over 14 months, as well as in naturalistic subgroups of newly methylphenidate-treated patients over 36 months (ages of 10 to 13 years), a temporary slowing in growth rate (on average, a total of about 2 cm less growth in height and 2.7 kg less growth in weight over 3 years), has been observed compared to non-medicated patients. This slowing in growth rate has been observed without evidence of growth rebound.