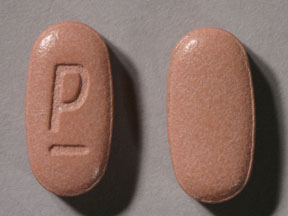 Prilosec (Omeprazole) is a proton pump inhibitor that decreases the amount of acid produced in the stomach. Prilosec is used to treat symptoms of gastroesophageal reflux disease (GERD) and other conditions caused by excess stomach acid. Prilosec is also used to promote healing of erosive esophagitis (damage to your esophagus caused by stomach acid). Prilosec may also be given together with antibiotics to treat gastric ulcer caused by infection with Helicobacter pylori (H. pylori). Over-the-counter Prilosec OTC is used to help control heartburn that occurs 2 or more days per week. Prilosec OTC must be taken as a course for 14 days in a row. Learn more

Prilosec (omeprazole) is a proton pump inhibitor that decreases the amount of acid produced in the stomach.

Prilosec is used to treat symptoms of gastroesophageal reflux disease (GERD) and other conditions caused by excess stomach acid. Prilosec is also used to promote healing of erosive esophagitis (damage to your esophagus caused by stomach acid).

Prilosec may also be given together with antibiotics to treat gastric ulcer caused by infection with Helicobacter pylori (H. pylori).

Over-the-counter Prilosec OTC is used to help control heartburn that occurs 2 or more days per week. Prilosec OTC must be taken as a course for 14 days in a row.

Prilosec may also be used for purposes not listed in this medication guide.

Prilosec is not for immediate relief of heartburn symptoms.

Heartburn is often confused with the first symptoms of a heart attack. Seek emergency medical attention if you have chest pain or heavy feeling, pain spreading to the arm or shoulder, nausea, sweating, and a general ill feeling.

Omeprazole was associated with kidney problems with long-term use. Tell your doctor if you are urinating less than usual, or if you have blood in your urine.

Diarrhea may be a sign of a new infection. Call your doctor if you have diarrhea that is watery or has blood in it.

Prilosec may cause new or worsening symptoms of lupus. Tell your doctor if you have joint pain and a skin rash on your cheeks or arms that worsens in sunlight.

You may be more likely to have a broken bone while taking this medicine long term or more than once per day.

Prilosec OTC (over-the-counter) should be taken for no longer than 14 days in a row. Allow at least 4 months to pass before you start another 14-day treatment.

You should not use Prilosec if you are allergic to omeprazole, or if:

Heartburn can mimic early symptoms of a heart attack. Get emergency medical help if you have chest pain that spreads to your jaw or shoulder and you feel sweaty or light-headed.

Ask a doctor or pharmacist if it is safe for you to use Prilosec if you have other medical conditions, especially:

You may be more likely to have a broken bone in your hip, wrist, or spine while taking a proton pump inhibitor long-term or more than once per day. Talk with your doctor about ways to keep your bones healthy.

Ask a doctor before using Prilosec if you are pregnant or breast-feeding.

How should I take Prilosec?

Prilosec is usually taken before eating (at least 1 hour before a meal). Follow all directions on your prescription label and read all medication guides or instruction sheets. Use the medicine exactly as directed.

Use Prilosec OTC (over-the-counter) exactly as directed on the label, or as prescribed by your doctor.

If you cannot swallow a capsule whole, open it and sprinkle the medicine into a spoonful of applesauce. Swallow the mixture right away without chewing. Do not save it for later use.

You must dissolve Prilosec powder in a small amount of water. This mixture can either be swallowed or given through a nasogastric (NG) feeding tube using a catheter-tipped syringe.

Prilosec OTC should be taken for only 14 days in a row. Allow at least 4 months to pass before you start a new 14-day course of treatment.

Use this medicine for the full prescribed length of time, even if your symptoms quickly improve.

Call your doctor if your symptoms do not improve, or if they get worse.

Some conditions are treated with a combination of omeprazole and antibiotics. Use all medications as directed.

This medicine can affect the results of certain medical tests. Tell any doctor who treats you that you are using Prilosec.

What should I avoid while taking Prilosec?

Omeprazole can cause diarrhea, which may be a sign of a new infection. If you have diarrhea that is watery or bloody, call your doctor before using anti-diarrhea medicine.

Get emergency medical help if you have signs of an allergic reaction to Prilosec: hives; difficulty breathing; swelling of your face, lips, tongue, or throat.

Stop using Prilosec and call your doctor at once if you have:

Taking omeprazole long-term may cause you to develop stomach growths called fundic gland polyps. Talk with your doctor about this risk.

If you use omeprazole for longer than 3 years, you could develop a vitamin B-12 deficiency. Talk to your doctor about how to manage this condition if you develop it.

Common Prilosec side effects may include:

What other drugs will affect Prilosec?

Tell your doctor about all your current medicines. Many drugs can interact with omeprazole, especially:

This list is not complete and many other drugs may interact with omeprazole. This includes prescription and over-the-counter medicines, vitamins, and herbal products. Not all possible drug interactions are listed here.

Remember, keep this and all other medicines out of the reach of children, never share your medicines with others, and use Prilosec only for the indication prescribed.

Note: This document contains side effect information about omeprazole. Some of the dosage forms listed on this page may not apply to the brand name Prilosec.

Along with its needed effects, omeprazole (the active ingredient contained in Prilosec) may cause some unwanted effects. Although not all of these side effects may occur, if they do occur they may need medical attention.

Check with your doctor immediately if any of the following side effects occur while taking omeprazole:

Get emergency help immediately if any of the following symptoms of overdose occur while taking omeprazole:

The most commonly reported side effects included headache, abdominal pain, nausea, and diarrhea.

Otitis media occurred most frequently in patients 1 month to less than 1 year of age.

Fever most commonly occurred in patients 1 to less than 2 years of age.

Accidental injury most commonly occurred in patients 2 to 16 years of age.

Taste perversion most commonly occurred in patients given concomitant treatment with clarithromycin.

Hemorrhagic necrotic gastritis has been reported in pediatric patients.

Diarrhea most commonly occurred in patients given concomitant treatment with clarithromycin and amoxicillin.

Benign gastric fundic gland polyps appeared to be reversible when omeprazole (the active ingredient contained in Prilosec) was discontinued.

Severe hypomagnesemia may result in hypocalcemia, and this condition may be associated with hypokalemia.

Hypokalemia was reported in pediatric patients.

Irreversible visual impairment has been reported in critically ill patients who generally received high doses of the IV formulation as a bolus; however, no causal relationship has been established.

A causal relationship between this drug and impotence has not been established.

Gastroduodenal carcinoids have been reported in patients with Zollinger-Ellison syndrome on long-term therapy. This condition may be a manifestation of the underlying condition, which is known to be associated with tumors.