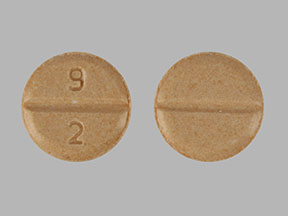 Pramipexole has some of the same effects as a chemical called dopamine, which occurs naturally in your body. Low levels of dopamine in the brain are associated with Parkinson's disease.

Parkinson's and RLS are two separate disorders. Having one of these conditions will not cause you to have the other condition.

Pramipexole may also be used for purposes not listed in this medication guide.

You should not use pramipexole if you are allergic to it.

It is not known whether pramipexole will harm an unborn baby. Tell your doctor if you are pregnant or plan to become pregnant while using pramipexole.

It is not known whether pramipexole passes into breast milk or if it could harm a nursing baby. You should not breast-feed while using this medicine.

How should I take pramipexole?

Pramipexole can be taken with or without food. Take the medication with food if it upsets your stomach.

Do not crush, chew, or break an extended-release tablet (Mirapex ER). Swallow it whole.

If you are taking this medication for RLS, tell your doctor if your symptoms get worse, if they occur in the morning or earlier than usual in the evening, or if you feel restless symptoms in your hands or arms.

Do not stop using pramipexole suddenly, or you could have unpleasant withdrawal symptoms. Follow your doctor's instructions about tapering your dose.

What happens if I miss a dose of Pramipexole dihydrochlori?

What should I avoid while taking pramipexole?

Do not drink alcohol. Dangerous side effects can occur when alcohol is combined with pramipexole.

Avoid driving or hazardous activity until you know how pramipexole will affect you. Your reactions could be impaired. Avoid getting up too fast from a sitting or lying position, or you may feel dizzy.

Some people taking pramipexole have fallen asleep during normal daytime activities such as working, talking, eating, or driving. Tell your doctor if you have any problems with daytime sleepiness or drowsiness.

Side effects such as confusion or hallucinations may be more likely in older adults.

Immediate-release:
Initial dose: 0.125 mg orally three times a day
Titration: Increase gradually in small dose increments no more frequently than ever 5 to 7 days
Maintenance dose: 1.5 to 4.5 mg per day based on efficacy and tolerability
Maximum dose: 4.5 mg per day

Extended-release:
Initial dose: 0.375 mg orally once a day
Titration: Increase gradually no more frequently than every 5 to 7 days, first dose increase should be to 0.75 mg once a day followed by incremental increases of 0.75 mg; assess therapeutic response and tolerability at a minimum of 5 days after each dose increase.
Maximum dose: 4.5 mg per day

SWITCHING FROM IMMEDIATE-RELEASE TO EXTENDED-RELEASE:
-Patients may be switched overnight from immediate-release tablets to extended-release tablets at the same daily dose; monitor closely to determine if dose adjustments may be necessary.

Comments:
-If a significant interruption in therapy occurs, re-titration may be necessary; upon discontinuation, doses should be tapered.

Use: Treatment of Parkinson's disease

Comments:
-Extended-release tablets are not indicated for Restless Legs Syndrome.
-Doses of 0.75 mg once a day were used in clinical trials, but were not found to provide additional benefit as compared to the 0.5 mg dose.

Use: For the treatment of moderate to severe primary Restless Legs Syndrome.

What other drugs will affect pramipexole?

Using pramipexole with other drugs that make you drowsy can worsen this effect. Ask your doctor before using opioid medication, a sleeping pill, a muscle relaxer, or medicine for anxiety or seizures.

This list is not complete. Other drugs may affect pramipexole, including prescription and over-the-counter medicines, vitamins, and herbal products. Not all possible drug interactions are listed here.

Commonly reported side effects of pramipexole include: drowsiness, visual hallucination, constipation, and insomnia. Other side effects include: xerostomia. See below for a comprehensive list of adverse effects.

Along with its needed effects, pramipexole may cause some unwanted effects. Although not all of these side effects may occur, if they do occur they may need medical attention.

Check with your doctor immediately if any of the following side effects occur while taking pramipexole:

Some side effects of pramipexole may occur that usually do not need medical attention. These side effects may go away during treatment as your body adjusts to the medicine. Also, your health care professional may be able to tell you about ways to prevent or reduce some of these side effects.

The most common adverse reactions occurring in patients receiving treatment for Restless Legs Syndrome were nausea, somnolence, fatigue, and headache.

In a 26-week clinical trial, worsening of Restless Legs Syndrome (RLS) occurred in 10% of patients suddenly withdrawn from pramipexole 0.75 mg once a day compared to 2% of placebo patients; the RLS symptoms were generally considered mild. Augmentation was reported in 12% and 9% of patients receiving pramipexole 0.75 mg once a day and placebo, respectively. The incidence of augmentation increased with increasing duration of exposure.

Nausea and vomiting were commonly reported early in therapy and resolved with continued therapy. While there have been postmarketing reports of fibrotic complications including peritoneal fibrosis, pleural fibrosis, and pulmonary fibrosis, the evidence is not sufficient to establish a causal relationship with use of this drug; however a contribution of treatment cannot be completely ruled out.

In a pharmacoepidemiology study, pramipexole use was associated with an increased risk of cardiac failure compared with non-use (observed risk ratio: 1.86; 95% confidence interval, 1.21 to 2.85).

One case of rhabdomyolysis occurred in a 49- year old male patient with advanced Parkinson's disease receiving pramipexole. His creatinine phosphokinase level was elevated to 10,631 IU/L. His symptoms resolved with discontinuation of the medication.

There have been postmarketing reports of fibrotic complications including peritoneal fibrosis, pleural fibrosis, and pulmonary fibrosis, the evidence is not sufficient to establish a causal relationship with use of this drug; however a contribution of treatment cannot be completely ruled out.

Frequency not reported: Rash and other hypersensitivity reactions