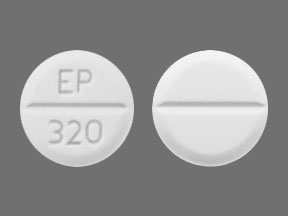 Pimozide works by changing the actions of chemicals in the brain. Pimozide is used in people with Tourette's syndrome. Pimozide suppresses the physical (motor) and vocal (phonic) symptoms of tics when these symptoms interfere with daily life function. Pimozide is not for use in treating motor tics that are not caused by Tourette's syndrome. Pimozide may also be used for purposes not listed in this medication guide. You should not use pimozide if you have long QT syndrome, low blood levels of potassium or magnesium, or if you take any medication that can cause tics (such as a stimulant or ADHD medication). Learn more

Commonly reported side effects of pimozide include: akathisia, akinesia, sedated state, and visual disturbance. See below for a comprehensive list of adverse effects.

Along with its needed effects, pimozide may cause some unwanted effects. Although not all of these side effects may occur, if they do occur they may need medical attention.

Check with your doctor immediately if any of the following side effects occur while taking pimozide:

Get emergency help immediately if any of the following symptoms of overdose occur while taking pimozide:

The most common side effects include somnolence, hyperhidrosis, nocturia, and dizziness.

Extrapyramidal symptoms typically occurred during the first few days of treatment and involved mild to moderate Parkinson-like symptoms. This disorder is usually dose-related, with an increased occurrence and severity of symptoms with high doses; symptoms decreased or disappeared with lower doses. While these symptoms were usually reversible, a few cases of persistent symptoms required discontinuation.

Sudden, unexpected deaths have occurred at doses greater than 20 mg/day.

Gingival hyperplasia occurred in animal models at high doses, but was reversible after discontinuation.

Electrocardiographic changes include prolongation of the QT interval, flattening/notching/inversion of the T wave, and the appearance of U waves.