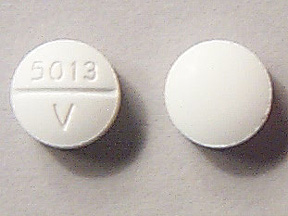 How much is my Phenobarbital co-pay with Medicare?

Ways to Save on Phenobarbital

Here are some ways that may lower the cost of your phenobarbital prescription.

The most commonly reported side effect was somnolence.

Drowsiness/sedation tended to decrease with continued use.

Localized or diffuse neuralgic pain occurred, especially in psychoneurotic patients with insomnia. This pain was most frequently located in the neck, shoulders, and upper limbs and appeared in paroxysms that were most intense early in the morning. In some patients, the pain continued for days after discontinuation of this drug.

Some patients have experienced paradoxical excitement, restlessness, or delirium in the presence of pain.

Antiepileptic hypersensitivity syndrome typically occurred 1 to 8 weeks after first exposure or within 1 day of rechallenge. This syndrome may have cross reactivity with other antiepileptic agents.

Skin eruptions may be associated with fever, delirium, and marked changes in the liver and other organs.

Localized or diffuse myalgic or arthritic pain occurred, especially in psychoneurotic patients with insomnia. This pain was most frequently located in the neck, shoulders, and upper limbs and appeared in paroxysms that were most intense early in the morning. In some patients, pain continued for days after discontinuation of therapy.

Megaloblastic anemia occurred after chronic use of this drug, and may be due to folate deficiency.

Methemoglobinemia has occurred in infants nursed by mothers receiving this drug.

Bronchospasm and laryngospasm were reported, especially in patients given the IV formulation.

Hypersensitivity reactions generally consisted of acquired hypersensitivity. Patients with a higher risk of developing reactions were more likely to have asthma, urticaria, and angioedema.