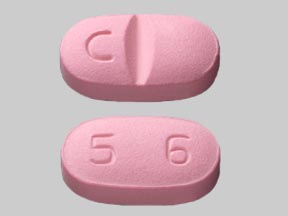 Note: This document contains side effect information about paroxetine. Some of the dosage forms listed on this page may not apply to the brand name Paxil.

Antidepressants, including selective serotonin reuptake inhibitors (SSRIs), have been shown to increase the risk of suicidal thoughts and behavior in pediatric and young adult patients when used to treat major depressive disorder and other psychiatric disorders. Because paroxetine mesylate is an SSRI, monitor patients closely for worsening and for emergence of suicidal thoughts and behaviors. Advise families and caregivers of the need for close observation and communication with the prescriber.

Antidepressants have been shown to increase the risk of suicidal thoughts and behavior in pediatric and young adult patients when used to treat major depressive disorder and other psychiatric disorders. Anyone considering the use of paroxetine mesylate or any other antidepressant in a child, adolescent, or young adult must balance this risk with the clinical need. Monitor patients closely for worsening and for emergence of suicidal thoughts and behaviors. Advise families and caregivers of the need for close observation and communication with the prescriber.

Antidepressants can increase the risk of suicidal thinking and behavior in children, adolescents, and young adults with major depressive disorder and other psychiatric disorders. This risk was not observed in patients older than 24 years, and the risk was reduced in patients 65 years or older. Closely monitor patients of all ages for clinical worsening and emergence of suicidal thoughts and behaviors. Paroxetine hydrochloride is not approved for use in pediatric patients.

Along with its needed effects, paroxetine (the active ingredient contained in Paxil) may cause some unwanted effects. Although not all of these side effects may occur, if they do occur they may need medical attention.

Check with your doctor immediately if any of the following side effects occur while taking paroxetine:

The most common side effects associated with treatment discontinuation in the treatment of vasomotor symptoms in clinical trials included abdominal pain, attention disturbances, headache, and suicidal ideation.

In a placebo-controlled study in elderly patients with major depressive disorder, the most common side effects associated with treatment discontinuation of controlled-release paroxetine included nausea, headache, depression, and abnormal LFTs.

There may be adaptation to some side effects (such as nausea and dizziness) but not to others (such as dry mouth, somnolence, and asthenia) with continued therapy. Paroxetine is less likely than tricyclic antidepressants to be associated with dry mouth, constipation, and somnolence.

Extrapyramidal symptoms such as akathisia, bradykinesia, cogwheel rigidity, dystonia, hypertonia, and oculogyric crisis have been associated with concomitant pimozide therapy.

Potentially life-threatening serotonin syndrome has been reported with SSRIs and SNRIs as monotherapy, but particularly with concomitant use of other serotonergic drugs and drugs that impair the metabolism of serotonin. Signs and symptoms associated with serotonin syndrome or neuroleptic malignant syndrome included agitation, confusion, diaphoresis, diarrhea, fever, hypertension, rigidity, and tachycardia, and were in some cases associated with concomitant use of serotonergic drugs.

The results of one study appear to indicate that treatment with selective serotonin reuptake inhibitors (i.e., paroxetine (the active ingredient contained in Paxil) sertraline, citalopram) may cause an increase in serum total cholesterol, HDL cholesterol, and/or LDL cholesterol. However, additional studies are necessary to confirm these findings.

Fatigue, malaise, and lethargy were very commonly reported in Phase 2 and 3 clinical trials with paroxetine (the active ingredient contained in Paxil) for treatment of vasomotor symptoms in postmenopausal women.

There are several reports of priapism associated with paroxetine use. In cases in which outcome was reported, all patients fully recovered.

Seven cases of alopecia have been reported. In all cases, hair loss was eventually reversible.

A case of cutaneous leukocytoclastic vasculitis has been reported following treatment with paroxetine (the active ingredient contained in Paxil) The patient originally developed the lesions after treatment with escitalopram. The lesions disappeared one week following discontinuation of escitalopram and reappeared upon rechallenge. When the patient was switched to paroxetine a similar reaction occurred.

A study of 26,005 antidepressant users has reported 3.6 times more upper GI bleeding episodes with the use of SSRIs relative to the population who did not receive antidepressant medications. Upper gastrointestinal tract bleeding was observed up to 3.2 times more frequently in patients receiving paroxetine (the active ingredient contained in Paxil)

In placebo-controlled clinical trials patients receiving paroxetine experienced abnormal values on liver function tests at a rate equal to or less than that reported in patients receiving placebo. However, there have been postmarketing reports of patients developing elevated serum transaminases resulting in severe liver dysfunction, as well as, a few cases of elevated liver function tests resulting in death secondary to liver necrosis.