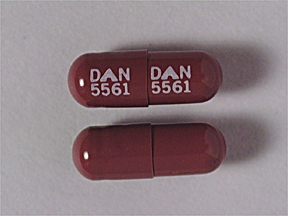 Prices and coupons of Norpace

Norpace affects the way that your heart beats. Norpace is used to treat life-threatening irregular heartbeat patterns. Norpace may also be used for purposes not listed in this medication guide. You should not use Norpace if you have long QT syndrome, or a serious heart condition such as "AV block" (unless you have a pacemaker). Do not use Norpace to treat any heart rhythm disorder that has not been checked and diagnosed by your doctor. You should not use Norpace if you are allergic to it, or if you have: Learn more

Norpace affects the way that your heart beats.

Norpace may also be used for purposes not listed in this medication guide.

You should not use Norpace if you have long QT syndrome, or a serious heart condition such as "AV block" (unless you have a pacemaker).

Do not use Norpace to treat any heart rhythm disorder that has not been checked and diagnosed by your doctor.

You should not use Norpace if you are allergic to it, or if you have:

Do not use Norpace to treat any heart rhythm disorder that has not been checked and diagnosed by your doctor.

To make sure Norpace is safe for you, tell your doctor if you have:

FDA pregnancy category C. It is not known whether Norpace will harm an unborn baby. Tell your doctor if you are pregnant or plan to become pregnant while using Norpace.

Disopyramide can pass into breast milk and may harm a nursing baby. You should not breast-feed while using this medicine.

How should I take Norpace?

Follow all directions on your prescription label. Do not take this medicine in larger or smaller amounts or for longer than recommended.

Your doctor may want to give your first dose of this medicine in a hospital or clinic setting to quickly treat any serious side effects that occur.

Do not crush, chew, break, or open an extended-release capsule. Swallow it whole.

Your heart function may need to be checked using an electrocardiograph or ECG (sometimes called an EKG).

Do not skip doses or change your dosing schedule without your doctor's advice. Sudden changes in the way you take Norpace can make your condition worse.

Seek emergency medical attention or call the Poison Help line at 1-800-222-1222. An overdose of Norpace can be fatal.

Overdose symptoms may include trouble breathing, irregular heartbeats, and loss of consciousness.

What should I avoid while taking disopyramide?

Norpace may cause blurred vision and may impair your thinking or reactions. Be careful if you drive or do anything that requires you to be alert and able to see clearly.

Drinking alcohol can increase certain side effects of disopyramide.

Get emergency medical help if you have any of these signs of an allergic reaction: hives; difficult breathing; swelling of your face, lips, tongue, or throat.

Serious side effects such as heart failure or kidney problems may be more likely in older adults.

What other drugs will affect Norpace?

Many drugs can interact with Norpace. Not all possible interactions are listed here. Tell your doctor about all your medications and any you start or stop using, especially:

This list is not complete and many other drugs can interact with Norpace. This includes prescription and over-the-counter medicines, vitamins, and herbal products. Give a list of all your medicines to any healthcare provider who treats you.

Note: This document contains side effect information about disopyramide. Some of the dosage forms listed on this page may not apply to the brand name Norpace.

An increase in mortality has been reported in patients receiving encainide or flecainide after myocardial infarction for asymptomatic non life threatening ventricular arrhythmias. Considering the known proarrhythmic properties of disopyramide and the lack of evidence of improved survival for any antiarrhythmic drug in patients without life-threatening arrhythmias, the use of disopyramide as well as other antiarrhythmic agents should be reserved for patients with life-threatening ventricular arrhythmias.

Along with its needed effects, disopyramide (the active ingredient contained in Norpace) may cause some unwanted effects. Although not all of these side effects may occur, if they do occur they may need medical attention.

Check with your doctor as soon as possible if any of the following side effects occur while taking disopyramide:

Gastrointestinal side effects including anticholinergic side effects have been the most common cause of gastrointestinal complaints. Dry mouth (40%), constipation (11%) and nausea, pain/bloating/gas (3% to 9%) have been reported. Anorexia, diarrhea, and vomiting have occurred. Two cases of paralytic ileus have been reported. A case of oral mucosal ulceration has been associated with the (unapproved) sublingual use of disopyramide (the active ingredient contained in Norpace)

Cardiovascular side effects have included arrhythmias, conduction disturbances, hypotension, and heart failure. Like other class I antiarrhythmic agents, disopyramide (the active ingredient contained in Norpace) can be proarrhythmic and decrease cardiac contractility. The risk of proarrhythmias may be increased in patients with left ventricular dysfunction. Various ventricular tachyarrhythmias accompanied by disopyramide-induced QT interval prolongation, including ventricular tachycardia or fibrillation and torsades de pointes, have been associated with usual therapeutic doses. Evidence of QRS segment or QT widening are indications to either reduce the dose or stop the drug. Conduction disturbances, including AV block, have occurred, and are more likely in patients with preexisting conduction disorders.

Hypotension, pulmonary edema, and frank cardiogenic shock have been associated with both the oral and intravenous administration of disopyramide. Most affected patients had underlying congestive heart failure.

A patient developed a severe sensory-motor polyneuropathy after receiving disopyramide (the active ingredient contained in Norpace) 500 mg daily for 4 years. Symptoms did not respond to corticosteroids, but did resolve a few months after withdrawal of disopyramide.

Genitourinary side effects were related to anticholinergic properties of the drug. Urinary hesitancy (10% to 40%) has occurred. Urinary retention, frequency, and urgency has been reported in up to 9% of patients. Recommended management consisted of lowering the dose, discontinuing the drug, or if necessary, using a cholinergic drug to counteract this effect. Sexual impotence has been reported.

Hepatic side effects including reversible, dose-independent intrahepatic cholestasis, hepatocellular damage, and nonspecific hepatic inflammatory changes have been reported in rare cases where venous congestion secondary to heart failure was reasonably excluded. Manifestations of liver dysfunction usually appeared during the first week of treatment (malaise, dark urine) and resolved promptly upon discontinuation of the drug. In one review, 20 cases were reported during a 14-year period.

Endocrine side effect have included hypoglycemia due to stimulation of insulin secretion and rare cases of hypokalemia and dyslipidemia. Hypoglycemia can occur in nondiabetic patients at therapeutic plasma disopyramide (the active ingredient contained in Norpace) levels.

Elevated insulin levels have been measured during disopyramide-associated hypoglycemic episodes. Data have revealed that disopyramide blocks pancreatic ATP-sensitive potassium channels, enhancing insulin release. Other factors such as increased peripheral utilization of glucose or decreased glycogenolysis have not been fully evaluated.

Immunologic side effects, such as the production of antinuclear antibodies and other immunologically-mediated changes associated with other class 1 antiarrhythmic agents, do not appear to occur during disopyramide (the active ingredient contained in Norpace) therapy.

Dermatologic reactions have been reported rarely, usually presenting as a rash or pruritus.

General body symptoms of fatigue, muscle weakness, malaise, and aches/pains have been reported in 3% to 9% of patients administered disopyramide (the active ingredient contained in Norpace) Rarely, fever has occurred.

Psychiatric side effects including reversible psychiatric symptoms of psychosis have been reported rarely.

Gynecomastia has been reported.

Respiratory difficulty has been reported rarely.