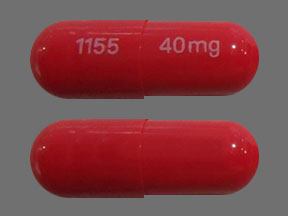 Nexium (Omeprazole-magnesium">EsOmeprazole Magnesium) is a proton pump inhibitor that decreases the amount of acid produced in the stomach. Nexium is used to treat symptoms of gastroesophageal reflux disease (GERD) and other conditions involving excessive stomach acid such as Zollinger-Ellison syndrome. It is also used to promote healing of erosive esophagitis (damage to your esophagus caused by stomach acid). Nexium may also be given to prevent gastric ulcer caused by infection with Helicobacter pylori (H. pylori), or by the use of nonsteroidal anti-inflammatory drugs (NSAIDs). Learn more

How much is my Nexium co-pay with Medicare?

Ways to Save on Nexium

Here are some ways that may lower the cost of your nexium prescription.

Note: This document contains side effect information about esomeprazole. Some of the dosage forms listed on this page may not apply to the brand name Nexium.

Along with its needed effects, esomeprazole (the active ingredient contained in Nexium) may cause some unwanted effects. Although not all of these side effects may occur, if they do occur they may need medical attention.

Check with your doctor immediately if any of the following side effects occur while taking esomeprazole:

The most frequently occurring adverse reactions were headache and diarrhea.

The most frequently reported adverse reactions for patients who received triple therapy for 10 days were diarrhea, taste perversion, and abdominal pain.

An increased risk of hip fracture has been reported in a cohort study. The risk was significantly increased among patients prescribed long-term high PPIs.

Very rare (less than 0.01%): Hypomagnesemia with or without hypocalcemia and/or hypokalemia, severe hypomagnesemia