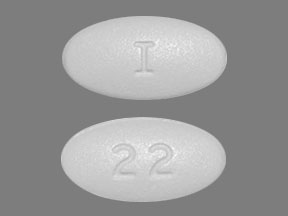 Linezolid is an antibiotic that fights bacteria in the body. Linezolid is also an MAO (monoamine oxidase) inhibitor. Linezolid is used to treat different types of bacterial infections, such as pneumonia, skin infections, and infections that are resistant to other antibiotics. Linezolid may also be used for purposes not listed in this medication guide. Some medicines can cause unwanted or dangerous effects when used with linezolid. Tell your doctor about all other medicines you use. Do not use linezolid if you have used an MAO inhibitor in the past 14 days, such as isocarboxazid, linezolid, Methylene Blue injection, phenelzine, rasagiline, selegiline, or tranylcypromine. Learn more

More frequently reported side effects include: anemia, decreased hemoglobin, and thrombocytopenia. See below for a comprehensive list of adverse effects.

Along with its needed effects, linezolid may cause some unwanted effects. Although not all of these side effects may occur, if they do occur they may need medical attention.

Check with your doctor immediately if any of the following side effects occur while taking linezolid:

This drug was discontinued due to side effects in up to 3.5% of patients. The most common side effects leading to discontinuation were diarrhea, headache, nausea, and vomiting.

At least 15 instances of serotonin syndrome have been reported in patients using this drug with citalopram, sertraline, venlafaxine, fluoxetine, or paroxetine; other concurrent drugs and/or comorbidities may have contributed to the development of serotonin syndrome. The time from the onset of therapy to the first sign of serotonin syndrome averaged 4 days (range: 1 to 20 days) and from the first sign to stopping this drug ranged from 1 to 16 days. Symptoms resolved within 1 to 9 days in 14 patients while 1 patient died suddenly. Three patients died. The first patient developed symptoms 3 weeks after concurrent use of this drug and citalopram. Severe lactic acidosis developed followed by myocardial infarction, and after 3 further episodes of cardiac arrest, the patient died. The second patient stopped sertraline on day 1 and developed symptoms on day 9 of linezolid therapy. The patient had cardiopulmonary arrest, then anoxic brain injury, hypertension, tachycardia, and diarrhea, and died in 2 weeks; a similar incident occurred 6 weeks earlier when this drug and sertraline were used. The third patient, who was using citalopram, developed symptoms on day 2 of linezolid therapy and died with cerebral hemorrhage 1 month after the start of serotonin syndrome despite stopping this drug.

A 49-year-old male with multiple comorbidities developed symptoms on day 21 of therapy and was diagnosed with Bell's palsy; symptoms included strange sensation in mouth (no pain, sores, blisters), excessive tearing of left eye, inability to drink properly, left facial frowning, and left-sided facial weakness (involving upper and lower facial muscles). This drug was discontinued and the Bell's palsy completely resolved by day 90. The patient restarted linezolid 5 months later and again showed symptoms on day 21 of therapy. This drug was discontinued and by day 35, the Bell's palsy had practically resolved. The patient had no remaining symptoms 4 months after his second episode.

Convulsions have also been reported during postmarketing experience.

A 60-year-old man with spondylodiscitis developed a fatal case of C difficile colitis after a long-term course of this drug.

In a study of patients with linezolid-associated thrombocytopenia, the use of vitamin B6 helped reverse the incidence of thrombocytopenia. Vitamin B6 was most effective when used after this drug was held. Once hematologic levels returned to baseline, coadministration of this drug with vitamin B6 resulted in stable hemoglobin levels for the remainder of therapy.

At least 7 instances of lactic acidosis have been reported after use of this drug. The time from the onset of therapy to the first sign of lactic acidosis ranged from 1 to 16 weeks. This drug was stopped within 4 days of identifying lactic acidosis. Two of the 7 patients died despite stopping therapy. The lactate levels normalized in the 5 surviving patients after stopping this drug, but 1 of the patients had sequelae of blindness and disorientation.

Partially irreversible bilateral optic neuritis has been reported after 41 weeks of therapy.