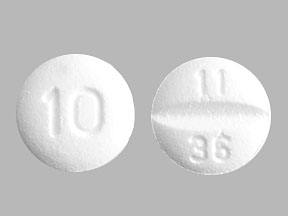 Lexapro (esCitalopram) is an antidepressant in a group of drugs called selective serotonin reuptake inhibitors (SSRIs). EsCitalopram affects chemicals in the brain that may be unbalanced in people with depression or anxiety. Lexapro is used to treat anxiety in adults. Lexapro is also used to treat major depressive disorder in adults and adolescents who are at least 12 years old. You should not use Lexapro you also take Pimozide (Orap) or Citalopram (Celexa). Do not use Lexapro within 14 days before or 14 days after you have used a MAO inhibitor, such as isocarboxazid, Linezolid, Methylene Blue injection, phenelzine, rasagiline, selegiline, or tranylcypromine. Learn more

How much is my Lexapro co-pay with Medicare?

Ways to Save on Lexapro

Here are some ways that may lower the cost of your lexapro prescription.

Note: This document contains side effect information about escitalopram. Some of the dosage forms listed on this page may not apply to the brand name Lexapro.

Common side effects of Lexapro include: diarrhea, drowsiness, ejaculatory disorder, headache, insomnia, nausea, and delayed ejaculation. Other side effects include: anorgasmia, constipation, dizziness, dyspepsia, fatigue, decreased libido, diaphoresis, and xerostomia. See below for a comprehensive list of adverse effects.

Antidepressants increased the risk of suicidal thinking and behavior in children, adolescents, and young adults with major depressive disorder (MDD) and other psychiatric disorders in short-term studies. Short-term studies did not show an increase in the risk of suicidality with antidepressants compared with placebo in adults beyond age 24, and there was a reduction in risk with antidepressants compared with placebo in adults aged 65 or older. This risk must be balanced with the clinical need. Monitor patients closely for clinical worsening, suicidality, or unusual changes in behavior. Families and caregivers should be advised of the need for close observation and communication with the prescriber. Not approved for use in pediatric patients less than 12 years of age.

Along with its needed effects, escitalopram (the active ingredient contained in Lexapro) may cause some unwanted effects. Although not all of these side effects may occur, if they do occur they may need medical attention.

Check with your doctor immediately if any of the following side effects occur while taking escitalopram:

Side effects have been reported to be generally mild and transient. They are most common during the first 2 weeks of treatment and decrease in intensity and frequency with continued treatment. They generally do not lead to treatment cessation.

The overall incidence of rates of side effects in trials with patients treated with escitalopram (the active ingredient contained in Lexapro) 10 mg per day (66%) was similar to placebo-treated patients (61%); the incidence rate in the group treated with escitalopram 20 mg per day was greater (86%). Common side effects that occurred in the 20 mg per day group with an incidence approximately twice that of the 10 mg group and approximately twice that of the placebo group included insomnia, diarrhea, dry mouth, somnolence, dizziness, increased sweating, constipation, fatigue, and indigestion.

Convulsions (including grand mal convulsions) have been reported with racemic citalopram.

At least one case of escitalopram-induced paroxysmal dystonia has been reported in the literature. A 44-year-old woman developed paroxysmal cervical-cranial dystonia after receiving several days of treatment with escitalopram (the active ingredient contained in Lexapro) The paroxysmal movement disorders were characterized by cervical and oral contracture with sustained and painful laterocollis and twisting tongue movements. The episodes occurred several times a day lasting for several minutes and would resolve spontaneously. The day after escitalopram was discontinued, the paroxysmal symptoms resolved without recurrence.

Postural hypotension has been reported with other SSRIs.

Numerous cases of hyponatremia have been reported following treatment with an SSRI. Risk factors for the development of SSRI- associated hyponatremia including advanced age, female gender, concomitant use of diuretics, low body weight, and lower baseline serum sodium levels have been identified. Hyponatremia tends to develop within the first few weeks of treatment (range 3 to 120 days) and typically resolves within 2 weeks (range 48 hours to 6 weeks) after therapy has been discontinued with some patients requiring treatment. The proposed mechanism for the development of hyponatremia involves SIADH via release of antidiuretic hormone.

In a similar case, hyponatremia developed in a 75-year-old woman five days after initiating treatment with escitalopram. Following discontinuation of escitalopram serum sodium levels returned to normal values over a period of 5 days. The authors suggest that the risk of hyponatremia is highest during the initial weeks of treatment and is higher in women than in men, in patients 65 years of age or older, and in patients receiving multiple drugs that may also cause hyponatremia.

Urinary retention and galactorrhea have been reported with other SSRIs. The estimates of the incidence of untoward sexual experience and performance may underestimate their actual incidence, partly because patients and physicians may be reluctant to discuss this issue.

Angioedema has been reported with racemic citalopram.