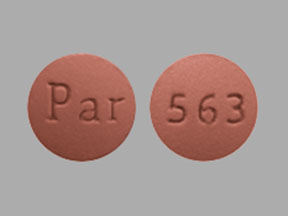 Lamotrigine is an anti-epileptic medication, also called an anticonvulsant. Lamotrigine is used alone or with other medications to treat epileptic seizures in adults and children. Lamotrigine is also used to delay mood episodes in adults with bipolar disorder (manic depression). Immediate-release Lamotrigine can be used in children as young as 2 years old when it is given as part of a combination of seizure medications. However, this form should not be used as a single medication in a child or teenager who is younger than 16 years old. Learn more

Lamotrigine is an anti-epileptic medication, also called an anticonvulsant.

Immediate-release lamotrigine can be used in children as young as 2 years old when it is given as part of a combination of seizure medications. However, this form should not be used as a single medication in a child or teenager who is younger than 16 years old.

Extended-release lamotrigine is for use only in adults and children who are at least 13 years old.

Lamotrigine may also be used for purposes not listed in this medication guide.

Lamotrigine may cause a severe or life-threatening skin rash, especially in children and in people who take a very high starting dose, or those who also take valproic acid (Depakene) or divalproex (Depakote). Seek emergency medical attention if you have a skin rash, hives, blistering, peeling, or sores in your mouth or around your eyes.

Call your doctor at once if you have signs of other serious side effects, including: fever, swollen glands, severe muscle pain, bruising or unusual bleeding, yellowing of your skin or eyes, headache, neck stiffness, vomiting, confusion, or increased sensitivity to light.

Some people have thoughts about suicide while taking lamotrigine. Stay alert to changes in your mood or symptoms. Report any new or worsening symptoms to your doctor.

You should not take lamotrigine if you are allergic to it.

Lamotrigine may cause a severe or life-threatening skin rash, especially in children and in people who take a very high starting dose, or those who also take valproic acid (Depakene) or divalproex (Depakote).

Some people have thoughts about suicide while taking lamotrigine. Your doctor will need to check your progress at regular visits. Your family or other caregivers should also be alert to changes in your mood or symptoms.

If you are pregnant, your name may be listed on a pregnancy registry to track the effects of lamotrigine on the baby.

It may not be safe to breastfeed while using lamotrigine. Ask your doctor about any risk.

How should I take lamotrigine?

Taking too much lamotrigine at the start of treatment may increase your risk of a severe life-threatening skin rash.

You may need frequent blood tests to help your doctor make sure you are taking the right dose.

Extended-release and immediate-release lamotrigine may be used for different conditions. Always check your refills to make sure you have received the correct size, color, and shape of tablet. Avoid medication errors by using only the form and strength your doctor prescribes.

If you switch to lamotrigine from another seizure medicine, carefully follow your doctor's instructions about the timing and dosage of your medicine.

Read and carefully follow any Instructions for Use provided with the orally disintegrating or dispersible tablets. Ask your doctor or pharmacist if you do not understand these instructions.

Do not stop using lamotrigine suddenly, even if you feel fine. Stopping suddenly may cause increased seizures. Follow your doctor's instructions about tapering your dose.

In case of emergency, wear or carry medical identification to let others know you use seizure medication.

Lamotrigine may affect a drug-screening urine test and you may have false results. Tell the laboratory staff that you use lamotrigine.

Store at room temperature away from light and moisture.

What happens if I miss a dose of Lamotrigine er?

What should I avoid while taking lamotrigine?

Avoid driving or hazardous activity until you know how lamotrigine will affect you. Your reactions could be impaired.

If you have to stop taking lamotrigine because of a serious skin rash, you may not be able to take it again in the future.

Report any new or worsening symptoms to your doctor, such as: mood or behavior changes, depression, anxiety, or if you feel agitated, hostile, restless, hyperactive (mentally or physically), or have thoughts about suicide or hurting yourself.

What other drugs will affect lamotrigine?

Other drugs may affect lamotrigine, including prescription and over-the-counter medicines, vitamins, and herbal products. Tell your doctor about all your current medicines and any medicine you start or stop using.

Commonly reported side effects of lamotrigine include: ataxia, skin rash, headache, insomnia, and nausea. Other side effects include: infection, dyspepsia, abnormal gait, constipation, and drowsiness. See below for a comprehensive list of adverse effects.

Cases of life-threatening serious rashes, including Stevens-Johnson syndrome and toxic epidermal necrolysis, or rash-related death have been caused by lamotrigine. The rate of serious rash is greater in pediatric patients than in adults. Additional factors that may increase the risk of rash include: (1) coadministration with valproate; (2) exceeding recommended initial dose of lamotrigine; or (3) exceeding recommended dose escalation for lamotrigine. Benign rashes are also caused by lamotrigine; however, it is not possible to predict which rashes will prove to be serious or life threatening. Lamotrigine should be discontinued at the first sign of rash, unless the rash is clearly not drug related.

Along with its needed effects, lamotrigine may cause some unwanted effects. Although not all of these side effects may occur, if they do occur they may need medical attention.

Check with your doctor immediately if any of the following side effects occur while taking lamotrigine:

Get emergency help immediately if any of the following symptoms of overdose occur while taking lamotrigine:

In cases of hemophagocytic lymphohistiocytosis (HLH), patients have presented with signs of systemic inflammation (fever, rash, hepatosplenomegaly, and organ system dysfunction) and blood dyscrasias. Symptoms have been reported within 8 to 24 days.

Antiepileptic drugs (AEDs) increase the risk of suicidal thoughts or behavior. Pooled analyses of 199 placebo-controlled clinical trials of 11 different AEDs (monotherapy or adjunctive therapy) showed twice the risk compared with placebo patients; an estimated incidence of 0.43% (n=27,863) in AED-treated patients compared to 0.24% (n=16,029) in placebo. The median treatment duration was 12 weeks. There were 4 suicides in AED-treated patients (placebo=0). The risk of suicidal thoughts or behavior was considered similar among the drugs studied despite their varying mechanisms of action suggesting the risk applies to all AEDs used for any indication. Additionally, the risk did not vary substantially by age.

In adult patients (n=3348), serious rash associated with hospitalization and discontinuation was reported in 0.3% of patients in premarketing epilepsy trials. In bipolar trials, serious rash occurred in 0.08% of patients receiving this drug as initial monotherapy and 0.13% of patients receiving this drug as adjunctive therapy. In worldwide postmarketing experience, rash-related death has been reported, but the numbers are too few to permit a precise estimate of rate.

Evidence has show the inclusion of valproate in a multidrug regimen increases the risk of serious, potentially life-threatening rash in both adult and pediatric patients. In pediatric patients who used valproate concomitantly for epilepsy, 1.2% (6 of 482) experienced a serious rash (placebo=0.6%). In adults, 1% of patients of patients receiving this drug in combination with valproate (n=584) experienced a rash (placebo=0.16%).