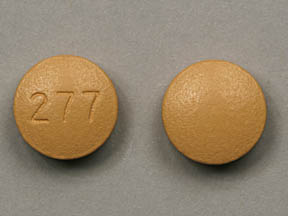 Januvia (sitagliptin) is an oral Diabetes medicine that helps control blood sugar levels. It works by regulating the levels of insulin your body produces after eating. Januvia is used together with diet and exercise to improve blood sugar control in adults with type 2 Diabetes mellitus. Januvia is not for treating type 1 Diabetes. You should not use Januvia if you are in a state of Diabetic ketoacidosis (call your doctor for treatment with insulin). Call your doctor if you have symptoms of heart failure--shortness of breath (even while lying down), swelling in your legs or feet, rapid weight gain. Learn more

How much is my Januvia co-pay with Medicare?

Ways to Save on Januvia

Here are some ways that may lower the cost of your januvia prescription.

Note: This document contains side effect information about sitagliptin. Some of the dosage forms listed on this page may not apply to the brand name Januvia.

Along with its needed effects, sitagliptin (the active ingredient contained in Januvia) may cause some unwanted effects. Although not all of these side effects may occur, if they do occur they may need medical attention.

Check with your doctor immediately if any of the following side effects occur while taking sitagliptin:

Common (1% to 10%): Hypoglycemia (when used in combination with insulin or sulfonylurea)

In a pooled analysis of 19 trials (sitagliptin (the active ingredient contained in Januvia) 100 mg/day, n=5429; active control or placebo, n=4817), the incidence of acute pancreatitis was in 0.1 per 100 patient-years in each group (4 patients in each group)

There have been postmarketing reports of serious hypersensitivity reactions in patients treated with this drug. Reactions have occurred within the first 3 months of therapy initiation, with some reports occurring after the first dose.

There have been postmarketing reports of worsening renal function, including acute renal failure, sometime requiring dialysis. A subset of these reports involved patients with renal insufficiency, some who were prescribed inappropriate doses of this drug. With drug discontinuation, supportive treatment and discontinuation of potentially causative agents, a return to baseline levels of renal insufficiency occurred.

Between October 2006 and December 2013, thirty-three cases of severe arthralgia have been reported to the FDA Adverse Event Reporting System Database. Each case involved the use of 1 or more dipeptidyl peptidase-4 (DPP-4) inhibitors. In all cases, substantial reduction in prior activity level was reported, 10 patients were hospitalized due to disabling joint pain. In 22 cases, symptoms appeared within 1 month of starting therapy. In 23 cases symptoms resolved less than 1 month after discontinuation. A positive rechallenge was reported in 8 cases, with 6 cases involving use of a different DPP-4 inhibitor. Sitagliptin had the greatest number of cases reported (n=28) followed by saxagliptin (n=5), linagliptin (n=2), alogliptin (n=1), and vildagliptin (n=2).