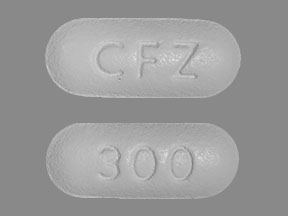 57% of Medicare Part D and Medicare Advantage plans cover this drug, so it's pretty much a toss-up.

How much is my Invokana co-pay with Medicare?

Ways to Save on Invokana

Here are some ways that may lower the cost of your invokana prescription.

Note: This document contains side effect information about canagliflozin. Some of the dosage forms listed on this page may not apply to the brand name Invokana.

In patients with type 2 diabetes who have established cardiovascular disease (CVD) or at risk for CVD, canagliflozin has been associated with lower limb amputations, most frequently of the toe and midfoot; some also involved the leg.Before initiating, consider factors that may increase the risk of amputation. Monitor patients receiving canagliflozin for infections or ulcers of the lower limbs, and discontinue if these occur.

Along with its needed effects, canagliflozin (the active ingredient contained in Invokana) may cause some unwanted effects. Although not all of these side effects may occur, if they do occur they may need medical attention.

Check with your doctor immediately if any of the following side effects occur while taking canagliflozin:

In the CANVAS trial, amputations per 1000 patients per year in patients receiving canagliflozin (the active ingredient contained in Invokana) (100 mg or 300 mg per day) were 5.8 compared to 2.8 amputations per 1000 patients per year in the placebo group. In the CANVAS-R trials, these numbers were 7.5 and 4.2, respectively. The total number of amputations among canagliflozin-treated patients (n=5790) was 221 compared with 69 in the placebo group (n=4344). Amputations of the toe and midfoot were the most frequent; however, amputations involving the leg, below and above the knee, also occurred.

On September 10, 2015, the US Food and Drug Administration issued a drug safety communication regarding new information on bone fracture risk and decreased bone mineral density with use of canagliflozin. Based on updated data, fractures have occurred as early as 12 weeks after starting therapy with trauma that is usually minor, such as falling from standing height. Additionally, a 2-year study (n=714) has shown a greater loss of bone mineral density at the hip and lower spine in canagliflozin treated patients compared with placebo.

Frequency not reported: Loss of bone mineral density at hip and lower spine

In the 5 years (2013 to 2018) since SGLT2 inhibitor approval, 12 cases of Fournier's gangrene have been reported. Reports were almost equal in men and women (men=7; women=5), ages ranged from 38 to 78 years, and the average time to onset after starting an SGLT2 inhibitor was 9.2 months (range 7 days to 25 months). All SGLT2 inhibitor drugs except ertugliflozin were included in the reports. Ertugliflozin being the most recently approved agent, is expected to have the same risk, but insufficient patient use to assess risk. All patients were hospitalized, all required surgery, all required surgical debridement, 5 required more than 1 surgery and 1 required skin grafting. Four cases were complicated by diabetic ketoacidosis, acute kidney injury, and septic shock, leading to prolonged hospitalization, and death in 1 case. In the general population, Fournier's gangrene occurs in about 1.6 out of 100,000 males annually, with the highest incidence in men 50 to 79 years. Since diabetes is a risk factor for Fournier's gangrene, a review of the FAERS database for the last 34 years was done and only 6 cases (all males, median age 57 years) were found with several other classes of antidiabetic drugs. Findings with SGLT2 inhibitors appear to show an association over a shorter time frame and involve both males and females.

Very common (10% or more): Hypoglycemia when combined with insulin or an insulin secretagogue (up to 49%), hyperkalemia (up to 27%)

Twenty reports of acidosis have been identified in the US Food and Drug Administration Adverse Event Reporting System (FAERS) database during the period March 2013 through 06 June 2014. All patients required emergency room treatment or hospitalization. These cases were not typical of ketoacidosis or diabetic ketoacidosis (DKA) in that they occurred in patients with type 2 diabetes and their blood sugar levels were only slightly increased. Some factors identified as potentially triggering the acidosis included major illness, reduced food and fluid intake, and reduced insulin dose.

Common (1% to 10%): Hypersensitivity reactions including rash, pruritus, urticaria, and angioedema

In a pooled analysis among patients with moderate renal impairment, the incidence of renal related adverse reactions such as increased serum creatinine, decreased eGFR, renal impairment, or acute renal failure, was 8.9% and 9.3% in patients receiving canagliflozin (the active ingredient contained in Invokana) 100 mg or 300 mg, compared with 3.7% in those receiving comparator drug or placebo.

From March 2013 to October 2015, the US FDA received 101 confirmable case reports of acute kidney injury (AKI) with use of canagliflozin (n=73) or dapagliflozin (n=28). Hospitalization was necessary for evaluation and management in 96 cases; admission to the intensive care unit occurred in 22 cases, and death occurred in 4 patients, of which 2 were cardiac-related. Dialysis was necessary in 15 patients, 3 of whom had a history of chronic kidney disease or previous AKI. In 58 cases, time to onset of AKI was within 1 month or less of initiating therapy. In 78 cases in which drug discontinuation was reported, 56 reported subsequent improvement; 3 patients recovered with sequelae, 11 patients did not recover (including the 4 deaths mentioned earlier). Median age was 57 years (range 28 to 78 years; based on 84 cases reporting age). Concomitant ACE inhibitor therapy was reported in 51 cases, diuretic use in 26 cases, and NSAID use in 6 cases. Almost half the patients reported a change in renal function at time of diagnosis (median elevation of serum creatinine from baseline 1.6 mg/dL [based on 32 cases reporting serum creatinine] and median decrease in eGFR 46 mL/min/1.73m2 [based on 13 cases reporting eGFR]).

Final results from 2 clinical trials, the CANVAS (Canagliflozin Cardiovascular Assessment Study) and the CANVAS-R (A Study of the Effects of Canagliflozin on Renal Endpoints in Adult Participants with Type 2 Diabetes Mellitus) have shown leg and foot amputations occurred almost twice as often in canagliflozin (the active ingredient contained in Invokana) treated patients compared with placebo treated patients. Amputations of the toe and middle of the foot were most common, however some amputations involved the leg, below and above the knee. Some patients had more than 1 amputation; some involved both limbs.