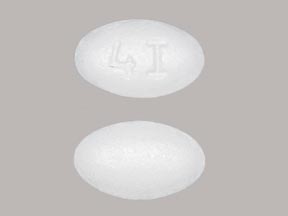 Diphenhydramine is an antihistamine that reduces the effects of natural chemical histamine in the body. Histamine can produce symptoms of sneezing, itching, watery eyes, and runny nose. Antihistamines can cause drowsiness, which can aid in the treatment of occasional sleep problems (insomnia). Ibuprofen is a nonsteroidal anti-inflammatory drug (NSAID). Ibuprofen works by reducing hormones that cause inflammation and pain in the body. Ibuprofen PM is a combination medicine used to treat occasional insomnia associated with minor aches and pains. Learn more

Note: This document contains side effect information about diphenhydramine / ibuprofen. Some of the dosage forms listed on this page may not apply to the brand name Ibuprofen PM.

The more commonly reported adverse effects include drowsiness and dyspepsia.

The CNS depressant effect of diphenhydramine parallels its plasma concentrations. The plasma concentration threshold for sedation is 30 to 42 ng/mL, and to cause mental impairment is 58 to 74 ng/mL. Dystonic reactions have been accompanied by dizziness, mental confusion, rigidity, lip and tongue protrusion, trismus, torticollis, and swallowing difficulties and generally resolve spontaneously. Delirium has been reported in elderly patients with mild dementia following a small oral dose of diphenhydramine.

The incidence of aseptic meningitis associated with ibuprofen is higher in patients with systemic lupus erythematosus and other connective tissue disease, although it has been reported in patients without such underlying disease states.

Patients with a history of serious gastrointestinal events or alcohol abuse are at increased risk for severe gastrointestinal side effect. Ibuprofen should be used with caution in these patients.

Ibuprofen may impair the ability of the kidney to cope with low renal blood flow states due to inhibition of prostaglandin-dependent afferent arteriolar vasodilation. Renal function may be further compromised in patients with heart failure, hypovolemia, cirrhosis, nephrotic syndrome, or hypoalbuminemia. Additional risk factors for ibuprofen-induced renal insufficiency are advanced age and concomitant use of diuretics.

A case-controlled study suggested that patients who consumed 5000 or more pills containing NSAIDs during their lifetime may be at increased risk of end-stage renal disease.

Most commonly, hypersensitivity to diphenhydramine has manifested itself in patients receiving systemic drug after being sensitized to it by topical application. Sensitization with systemic administration has also been reported.

Patients who are at higher risk of hypersensitivity reactions to ibuprofen include those with the syndrome of asthma, nasal polyps, and angioedema and/or bronchospastic reactivity to aspirin. Rare cases of systemic reactions, including interstitial nephritis and diffuse pulmonary infiltrates, have also been reported.

Reductions in serum hemoglobin concentrations are uncommon and are usually associated with occult gastrointestinal blood loss. Rare cases of ibuprofen-associated hemolytic anemia, autoimmune thrombocytopenia, and leukopenia have been reported.

Elevations in liver function tests three times normal values occur in less than 1% of patients treated with ibuprofen. Ibuprofen-induced hepatitis has been associated with a fatal outcome in some cases.

Acute noncardiogenic pulmonary edema developed on two occasions in an HIV-positive patient. Infectious as well as cardiac etiologies were excluded. A close temporal relationship with the administration of ibuprofen and onset of symptoms was noted.