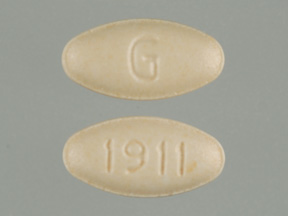 Flumadine is an antiviral medicine used to treat or prevent influenza A in people who are at least 17 years old. This medicine is also used to prevent influenza A in children ages 1 to 16 years old. Flumadine may not be effective during every flu season because certain strains of the virus may be resistant to Flumadine. This medicine should not be used in place of getting a yearly flu shot. The Centers for Disease Control recommends an annual flu shot to help protect you each year from new strains of influenza virus. Learn more

Flumadine may not be effective during every flu season because certain strains of the virus may be resistant to Flumadine. This medicine should not be used in place of getting a yearly flu shot. The Centers for Disease Control recommends an annual flu shot to help protect you each year from new strains of influenza virus.

Flumadine may also be used for other purposes not listed in this medication guide.

Do not receive a nasal flu vaccine while taking Flumadine, and for at least 48 hours after your last dose.

You should not use Flumadine if you are allergic to Flumadine or a similar medicine called amantadine.

How should I take Flumadine?

Start taking Flumadine within 24 to 48 hours after flu symptoms begin. Keep taking this medicine for the full prescribed length of time. Your symptoms may improve before the infection is completely cleared.

Tell your doctor if the person taking this medicine has trouble swallowing the Flumadine tablet.

Call your doctor if your symptoms do not improve, or if they get worse.

Skip the missed dose and use your next dose at the regular time. Do not use two doses at one time.

Overdose symptoms may include agitation, hallucinations, or uneven heart rate.

What should I avoid while taking Flumadine?

Do not receive a nasal flu vaccine while using Flumadine, and for at least 48 hours after your last dose. The vaccine may not work as well during this time, and may not fully protect you from disease.

Do not drink alcohol. Dangerous side effects could occur.

Avoid driving or hazardous activity until you know how Flumadine will affect you. Your reactions could be impaired.

Side effects such as headache, dizziness, feeling weak or tired, anxiety, vomiting, and stomach pain may be more likely in older adults.

What other drugs will affect Flumadine?

Using Flumadine with other drugs that make you drowsy can worsen this effect. Ask your doctor before using opioid medication, a sleeping pill, a muscle relaxer, or medicine for anxiety or seizures.

Other drugs may affect Flumadine, including prescription and over-the-counter medicines, vitamins, and herbal products. Tell your doctor about all your current medicines and any medicine you start or stop using.

Note: This document contains side effect information about rimantadine. Some of the dosage forms listed on this page may not apply to the brand name Flumadine.

Along with its needed effects, rimantadine (the active ingredient contained in Flumadine) may cause some unwanted effects. Although not all of these side effects may occur, if they do occur they may need medical attention.

Check with your doctor immediately if any of the following side effects occur while taking rimantadine:

Get emergency help immediately if any of the following symptoms of overdose occur while taking rimantadine:

Gait abnormality, hyperkinesia, tremor, taste loss/change, parosmia, and convulsions have been reported in less than 0.3% of patients. Hypesthesia has occurred with higher than recommended doses. Dizziness and headache were reported up to two times more often in geriatric patients receiving rimantadine than in those receiving placebo. Seizures were reported in a few patients during clinical trials with rimantadine. In two patients, seizure activity had been absent for greater than 10 years. However, their anticonvulsant medications had been withdrawn in the previous few months.

Constipation, dysphagia, and stomatitis have occurred with higher than recommended doses of rimantadine. Gastrointestinal symptoms (particularly nausea, vomiting, and abdominal pain) were reported at least twice as often in geriatric patients receiving rimantadine than in those receiving placebo. Tolerance may be improved by giving the drug in two divided daily doses.

Genitourinary side effects have included nonpuerperal lactation in less than 0.3% of patients. Increased micturition frequency has occurred with higher than recommended doses of rimantadine.