Home  ›  Blog  ›  Men's Health  ›  Does Topical Finasteride Work? Everything You Need To Know

Does Topical Finasteride Work? Everything You Need To Know

No matter when in life it occurs, male pattern hair loss can be extremely distressing for many men.

Finasteride, a prescription medication taken orally, has been shown to stop hair loss and promote hair regrowth in many men, but it can also have some unpleasant sexual side effects such as erectile dysfunction.

Recently, topical formulations of finasteride have been explored as a treatment option for men who do not tolerate oral finasteride well but still want to address their hair loss. The question is, does topical finasteride work?

Finasteride is a prescription medication that is best known as a hair loss treatment for male pattern baldness, also known as androgenic alopecia. However, the medication is also used for the treatment of enlarged prostate (benign prostatic hyperplasia).

Finasteride was first developed as a treatment for benign prostatic hyperplasia, but during clinical trials, researchers noticed that the medication seemed to stop hair loss and promote hair regrowth in men suffering from male pattern baldness. Finasteride is sold as an oral medication (tablet) and as a topical medication (cream), and is available in both brand name and generic forms.

Finasteride is a 5-alpha-reductase inhibitor; 5-alpha-reductase is an enzyme that is responsible for converting testosterone into androgen dihydrotestosterone (DHT). High scalp DHT levels cause hair loss by shrinking the size of the hair follicle, causing the hair to fall out in both men and women. High levels of DHT in the body in general can cause the prostate to increase in size.

DHT has been found to be the culprit causing hair loss in men suffering from androgenetic alopecia, also known as male pattern baldness. Taking finasteride helps to lower the level of DHT in the scalp by up to 60 percent, which stops the shrinking of hair follicles, preventing further hair loss, and encourages hair restoration. Currently, lowering the levels of DHT in the scalp is the only clinical study-proven way to stop hair loss.

Most side effects caused by oral finasteride subside over the course of a few days or weeks as the body adjusts to the medication, but some patients will experience the side effects in a more severe form or over a prolonged period of time. In these cases, patients should follow up with their healthcare provider for further medical advice. Additionally, while finasteride does affect sexual function, it has not been linked to infertility.

The side effects caused by the use of oral finasteride result from lower levels of DHT in the body.

Topical finasteride is not FDA-approved and is therefore not covered by health insurance; pharmacy discount cards cannot be used on the medication. Topical finasteride must be purchased at a compounding pharmacy and may vary in price depending on the specific formula. As a result, it is more expensive than oral finasteride.

We already know that oral finasteride is effective at stopping hair loss and encouraging hair regrowth without the need for hair transplant or other more intensive measures.

Numerous studies have been conducted on oral finasteride that prove its effectiveness, including a study conducted in 1999 which showed that taking 1 mg of finasteride orally each day promotes a significant increase in hair growth in 48 percent of study participants in one year and up to 66 percent in two years. The study found that the medication was even more effective in stopping hair loss;  after two years, 83 percent of participants receiving finasteride showed no further hair loss compared to 28 percent of those receiving the placebo.

However, oral finasteride is more likely to cause side effects, so researchers have begun examining whether topical finasteride might offer an equally effective option.

A study conducted in 2015 examined the effects of using a solution that contained 5% topical minoxidil fortified with 0.1% finasteride after patients were treated initially with the 5% topical minoxidil solution and oral finasteride over the course of two years. The study found that approximately 84 percent of the participants who were continuously treated for hair loss maintained good hair density with use of the topical formula containing both minoxidil and finasteride. Several patients discontinued treatment with oral finasteride early and then began using the topical formula; four out of five of these patients demonstrated good improvement in hair density when they began treatment with the topical solution.

Based on the studies and literature review, topical finasteride has been shown to be effective in stopping hair loss and promoting hair regrowth in men suffering from male pattern baldness. The medication can be used following treatment with oral finasteride for patients who do not want to take oral finasteride in perpetuity to prevent hair loss. 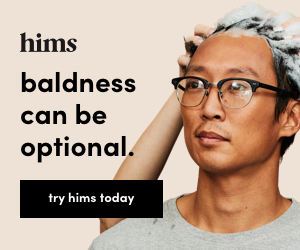 Clonazepam vs. Xanax: A Side by Side Comparison

Comparison of Azithromycin and Clarithromycin