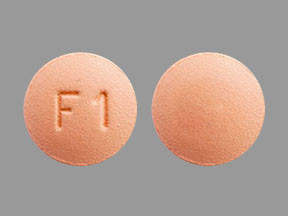 How much is my Finasteride co-pay with Medicare?

Ways to Save on Finasteride

Here are some ways that may lower the cost of your finasteride prescription.

Commonly reported side effects of finasteride include: impotence and decreased libido. See below for a comprehensive list of adverse effects.

Along with its needed effects, finasteride may cause some unwanted effects. Although not all of these side effects may occur, if they do occur they may need medical attention.

PSA levels are commonly used in the screening process for prostate cancer. Patients who develop sustained increases in PSA while on finasteride therapy should be carefully evaluated for medical causes as well as noncompliance.

A 58 year old man presented with an itchy, lumpy rash on upper and lower extremities following two weeks of finasteride treatment for prostatism. The patient had no known allergies and was taking no other medications prior to the episode. The finasteride was discontinued and dapsone was initiated. The rash resolved two weeks after finasteride therapy was stopped.