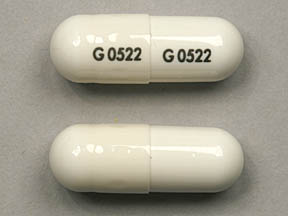 Fenofibrate belongs to a group of drugs known as "fibrates." It helps reduce cholesterol and triglycerides (fatty acids) in the blood. High levels of these types of fat in the blood are associated with an increased risk of atherosclerosis (clogged arteries). Fenofibrate is used along with a proper diet to help to treat high cholesterol and high triglyceride levels. In addition to eating a proper diet (such as a low-cholesterol/low-fat diet), other lifestyle changes that may help Fenofibrate work better include exercising, losing weight if overweight, and stopping smoking. Learn more

Along with its needed effects, fenofibrate may cause some unwanted effects. Although not all of these side effects may occur, if they do occur they may need medical attention.

Check with your doctor immediately if any of the following side effects occur while taking fenofibrate:

During clinical trials, transaminase increases to greater than 3 times the upper limit of normal (3 x ULN) occurred in 5.3% of patients taking fenofibrate compared with 1.1% of those on placebo; the incidence of increased transaminases appeared to be dose-related.