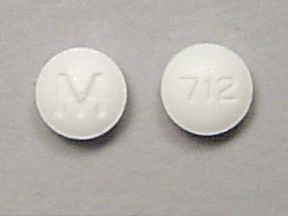 EnalApril is an ACE inhibitor. ACE stands for angiotensin converting enzyme. EnalApril is used to treat high blood pressure (hypertension) in adults and children who are at least 1 month old. EnalApril is also used to treat congestive heart failure (CHF). CHF is a disorder of the ventricles (the lower chambers of the heart) which decreases the heart’s ability to pump blood to the body. Do not use enalApril if you are pregnant. If you become pregnant, stop taking this medicine and tell your doctor right away. Learn more

Commonly reported side effects of enalapril include: increased blood urea nitrogen and increased serum creatinine. Other side effects include: hypotension. See below for a comprehensive list of adverse effects.

Discontinue enalapril maleate as soon as possible when pregnancy is detected, since fetal toxicity, including injury and death to the developing fetus, can be caused by drugs that act directly on the renin-angiotensin system.

Along with its needed effects, enalapril may cause some unwanted effects. Although not all of these side effects may occur, if they do occur they may need medical attention.

Check with your doctor immediately if any of the following side effects occur while taking enalapril:

Predisposing risk factors for hypotension after enalapril administration are decreased intravascular volume (angiotensin-dependency), hyponatremia, and concurrent use of a diuretic agent.

Enalapril, like other angiotensin converting enzyme inhibitors, may decrease serum aldosterone levels, resulting in mild to moderate hyperkalemia. Diuretic use and advanced age increase the risk of renal impairment. Enalapril reduced the risk of renal impairment compared to placebo in diabetic patients. The concomitant use of beta blockers with enalapril has been shown to be renoprotective.

Rare, reversible cases of agranulocytosis associated with enalapril and other angiotensin converting enzyme (ACE) inhibitors have been reported. ACE inhibitors have been used to treat post renal transplant erythrocytosis. Data have shown that they may decrease circulating erythropoietin levels in these patients.