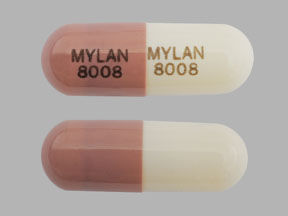 What is divalproex sodium?

Divalproex sodium affects chemicals in the body that may be involved in causing seizures.

Divalproex sodium may also be used for purposes not listed in this medication guide.

Divalproex sodium can cause liver failure that may be fatal, especially in children under age 2 and in people with liver problems caused by certain genetic disorders.

You should not use divalproex sodium if you have liver disease, a urea cycle disorder, or a genetic disorder such as Alpers' disease or Alpers-Huttenlocher syndrome.

Follow your doctor's instructions about taking divalproex sodium if you are pregnant. Divalproex sodium may harm an unborn baby, but having a seizure during pregnancy could harm both mother and baby. The benefit of preventing seizures may outweigh any risks to the baby.

Do not use divalproex sodium to prevent migraine headaches if you are pregnant.

Call your doctor at once if the person taking this medicine has signs of liver or pancreas problems, such as: loss of appetite, upper stomach pain (that may spread to your back), ongoing nausea or vomiting, dark urine, swelling in the face, or jaundice (yellowing of the skin or eyes).

Do not stop using divalproex sodium without your doctor's advice. Stopping suddenly may cause a serious, life-threatening type of seizure.

You should not use divalproex sodium if you are allergic to it, or if you have:

Divalproex sodium can cause liver failure that may be fatal, especially in children under age 2 and in people with liver problems caused by a genetic mitochondrial disorder.

Some young people have thoughts about suicide when first taking divalproex sodium. Your doctor should check your progress at regular visits. Your family or other caregivers should also be alert to changes in your mood or symptoms.

Do not use divalproex sodium to prevent migraine headaches if you are pregnant.

If you take divalproex sodium for seizures or manic episodes: This medicine can harm an unborn baby, and may affect cognitive ability (reasoning, intelligence, problem-solving) later in the child's life. However, having a seizure during pregnancy could harm both the mother and the baby. Do not start or stop taking the medicine during pregnancy without your doctor's advice.

Use effective birth control while using divalproex sodium, and tell your doctor right away if you become pregnant. Tell your doctor if you start or stop using hormonal contraception that contains estrogen (birth control pills, injections, implants, skin patches, and vaginal rings). Estrogen can interact with divalproex sodium and make it less effective in preventing seizures.

How should I take divalproex sodium?

Drink plenty of water while you are taking this medication. Your dose may need to be changed if you do not get enough fluids each day.

If you cannot swallow a sprinkle capsule whole, open it and sprinkle the medicine into a spoonful of pudding or applesauce. Swallow the mixture right away. Do not save it for later use.

Do not crush, chew, break, or open a delayed-release or extended-release tablet or capsule. Swallow it whole.

You may need frequent blood tests.

In case of emergency, wear or carry medical identification to let others know you use divalproex sodium.

If you need surgery, tell the surgeon ahead of time that you are using divalproex sodium.

Do not stop using divalproex sodium suddenly, even if you feel fine. Stopping suddenly may cause a serious, life-threatening type of seizure. Follow your doctor's instructions about tapering your dose.

What happens if I miss a dose of Divalproex sodium?

What should I avoid while taking divalproex sodium?

Drinking alcohol may increase certain side effects of divalproex sodium.

Avoid driving or hazardous activity until you know how divalproex sodium will affect you. Your reactions could be impaired.

Divalproex sodium could make you sunburn more easily. Avoid sunlight or tanning beds. Wear protective clothing and use sunscreen (SPF 30 or higher) when you are outdoors.

Call your doctor at once if the person taking this medicine has signs of liver or pancreas problems, such as: loss of appetite, upper stomach pain (that may spread to your back), ongoing nausea or vomiting, dark urine, swelling in the face, or jaundice (yellowing of the skin or eyes).

Report any new or worsening symptoms to your doctor, such as: mood or behavior changes, depression, anxiety, panic attacks, trouble sleeping, or if you feel impulsive, irritable, agitated, hostile, aggressive, restless, hyperactive (mentally or physically), or have thoughts about suicide or hurting yourself.

Call your doctor at once if you have any of these other side effects:

What other drugs will affect divalproex sodium?

Many drugs can affect divalproex sodium. This includes prescription and over-the-counter medicines, vitamins, and herbal products. Not all possible interactions are listed here. Tell your doctor about all your current medicines and any medicine you start or stop using.

Hepatotoxicity (some cases fatal), usually occurring during the first 6 months of treatment, has been reported in patients receiving valproate and its derivatives. Children younger than 2 years and patients with hereditary mitochondrial disease are at a considerably increased risk of developing fatal hepatotoxicity. For these patients under 2 years, valproate sodium should be used with extreme caution as a sole agent. Use is contraindicated in patients with known mitochondrial disorders caused by mitochondrial DNA polymerase gamma (POLG) mutations and in children younger than 2 years in which mitochondrial disorder is clinically suspected. Failure of other anticonvulsants is the only indication for divalproex sodium in patients older than 2 years with hereditary mitochondrial disease. Perform POLG mutation screening as clinically indicated. Monitor patients closely and perform liver function tests prior to therapy and at frequent intervals thereafter, especially during the first 6 months. Valproate can impair cognitive development with prenatal exposure and produce major congenital malformations, particularly neural tube defects (eg, spina bifida). Valproate should not be administered to a woman of childbearing potential unless the drug is essential to the management of her medical condition. Life-threatening pancreatitis has been reported in both children and adults receiving valproate. Cases have occurred shortly after initiation as well as several years after use. If pancreatitis is diagnosed, valproate should ordinarily be discontinued.

Along with its needed effects, divalproex sodium may cause some unwanted effects. Although not all of these side effects may occur, if they do occur they may need medical attention.

Check with your doctor immediately if any of the following side effects occur while taking divalproex sodium:

Get emergency help immediately if any of the following symptoms of overdose occur while taking divalproex sodium: