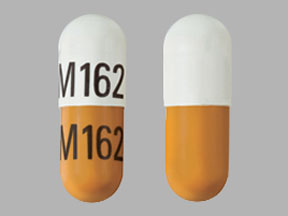 Didanosine is an antiviral medicine that prevents human immunodeficiency virus (HIV) from multiplying in your body. Didanosine is used to treat HIV, the virus that can cause acquired immunodeficiency syndrome (AIDS). Didanosine is not a cure for HIV or AIDS. Didanosine is for use in adults and children who are at least 2 weeks old. Didanosine may also be used for purposes not listed in this medication guide. Do not take didanosine together with Allopurinol, Ribavirin, or Stavudine. You may develop Lactic Acidosis, a dangerous build-up of Lactic Acid in your blood. Call your doctor or get emergency medical help if you have unusual muscle pain, trouble breathing, stomach pain, dizziness, feeling cold, or feeling very weak or tired. Learn more

More frequently reported side effects include: pancreatitis. See below for a comprehensive list of adverse effects.

Warning: Pancreatitis, Lactic Acidosis and Hepatomegaly with SteatosisFatal and nonfatal pancreatitis has occurred during therapy with didanosine used alone or in combination regimens in both treatment-naive and treatment-experienced patients, regardless of degree of immunosuppression. Didanosine should be suspended in patients with suspected pancreatitis and discontinued in patients with confirmed pancreatitis.Lactic acidosis and severe hepatomegaly with steatosis, including fatal cases, have been reported with the use of nucleoside analogues alone or in combination, including didanosine and other antiretrovirals. Fatal lactic acidosis has been reported in pregnant women who received the combination of didanosine and stavudine with other antiretroviral agents.Coadministration of didanosine and stavudine is contraindicated because of increased risk of serious and/or life-threatening events. Suspend treatment if clinical or laboratory findings suggestive of lactic acidosis or pronounced hepatotoxicity occurs

Along with its needed effects, didanosine may cause some unwanted effects. Although not all of these side effects may occur, if they do occur they may need medical attention.

Check with your doctor immediately if any of the following side effects occur while taking didanosine:

In monotherapy trials, elevated amylase (at least 1.4 x ULN) was reported in up to 17% of patients.

Pancreatitis resulting in death has been reported during clinical trials of this drug in combination with other antiretroviral agents. The frequency of pancreatitis was dose-related. In phase 3 trials with buffered formulations, incidence ranged from 1% to 10% with doses higher than currently recommended and 1% to 7% with recommended doses.

Lactic acidosis and severe hepatomegaly with steatosis (including fatal cases) have been reported with the use of nucleoside analogs alone or in combination with other antiretrovirals.

Fatal hepatic events were reported most often in patients treated with this drug in combination with hydroxyurea and stavudine.

Neuropathy presented as tingling, numbness, or pain in the hands or soles of the feet which progressed up the legs. The incidence was higher in patients with history of neuropathy and/or low CD4+ cell counts (less than 50 cells/mm3). Following discontinuation of this drug, neuropathy usually resolved within 2 to 12 weeks.

Subcutaneous fat loss was most apparent in the face, limbs, and buttocks. The incidence and severity of lipoatrophy have been linked to cumulative exposure. Often, lipoatrophy was not reversible when this drug was discontinued.

In monotherapy trials, elevated alkaline phosphatase (greater than 5 x ULN) was reported in up to 4% of patients.

Thrombocytopenia and splenomegaly have been reported as early signs of noncirrhotic portal hypertension.

Anemia and thrombocytopenia have also been reported during postmarketing experience.

In monotherapy trials, elevated uric acid (greater than 12 mg/dL) was reported in up to 3% of patients.

Hyperlactatemia appeared to be more common with this drug while lactic acidosis was an infrequent occurrence.

In a report following patients on combined therapy with this drug and tenofovir, 1 patient developed didanosine-related toxicity characterized by lactic acidosis with liver failure after 3 months using 200 mg/day of this drug with tenofovir.

In 1 case report, acute gouty arthritis developed 14 weeks after this drug was added to the treatment regimen of a patient receiving ritonavir, both known to infrequently cause hyperuricemia. The symptoms resolved upon discontinuation of this drug and a short course of indomethacin.

Diffuse dysfunction of the retinal epithelium has been reported in 2 patients during therapy with this drug. Both patients experienced bilateral visual deficit including night blindness and a peripheral visual fold reduction. Symptoms were first noted after 31 and 34 weeks of therapy. Deficits in both patients appeared to be partially reversible upon discontinuation of this drug.

Optic neuritis has also been reported during postmarketing experience.

Underlying cardiomyopathy may have been aggravated by treatment with buffered formulations, which had high sodium content.