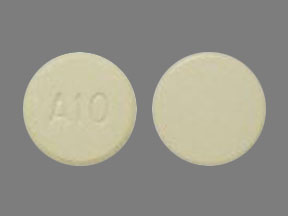 Clozapine is an antipsychotic medication. It works by changing the actions of chemicals in the brain. Clozapine is used to treat severe schizophrenia, or to reduce the risk of suicidal behavior in people with schizophrenia or similar disorders. Clozapine is available only from a certified pharmacy under a special program. Call your doctor right away if you have: chest pain, trouble breathing, fluttering in your chest, signs of infection (weakness, fever, sore throat, cold or flu symptoms), or if you feel like you might pass out. Learn more

Clozapine is an antipsychotic medication. It works by changing the actions of chemicals in the brain.

Clozapine is used to treat severe schizophrenia, or to reduce the risk of suicidal behavior in people with schizophrenia or similar disorders.

Clozapine is available only from a certified pharmacy under a special program.

Call your doctor right away if you have: chest pain, trouble breathing, fluttering in your chest, signs of infection (weakness, fever, sore throat, cold or flu symptoms), or if you feel like you might pass out.

Clozapine can cause severe dizziness, slow heartbeats, fainting, or seizures. Do not take more of this medicine than recommended.

Clozapine is not approved for use in psychotic conditions related to dementia. This medicine may increase the risk of death in older adults with dementia-related conditions.

Clozapine is available only from a certified pharmacy under a special program.

You should not take clozapine if you have ever developed a severe infection or severe allergic reaction while taking this medicine.

Clozapine is not approved for use in psychotic conditions related to dementia. Clozapine may increase the risk of death in older adults with dementia-related conditions.

To make sure clozapine is safe for you, tell your doctor if you have:

Tell your doctor if you are pregnant or plan to become pregnant during treatment. Taking antipsychotic medication during the last 3 months of pregnancy may cause problems in the newborn, such as withdrawal symptoms, breathing problems, feeding problems, fussiness, tremors, and limp or stiff muscles. However, you may have withdrawal symptoms or other problems if you stop taking your medicine during pregnancy. If you become pregnant while taking clozapine, do not stop taking it without your doctor's advice.

Clozapine can pass into breast milk and may harm a nursing baby. You should not breast-feed while you are taking this medicine.

How should I take clozapine?

Take clozapine exactly as prescribed by your doctor. Follow all directions on your prescription label. Your doctor may occasionally change your dose. Do not use this medicine in larger or smaller amounts or for longer than recommended.

Clozapine can be taken with or without food.

The orally-disintegrating tablet (FazaClo) can be taken without water. Keep the tablet in its blister pack until you are ready to take it. Open the package and peel back the foil. Do not push a tablet through the foil or you may damage the tablet. Use dry hands to remove the tablet and place it in your mouth. Do not swallow the tablet whole. Allow it to dissolve in your mouth without chewing. If desired, you may drink liquid to help swallow the dissolved tablet.

If your doctor has prescribed one-half of an orally-disintegrating tablet, you will need to break the tablet in half. Throw the other half away. Do not save it for later use.

Clozapine can lower blood cells that help your body fight infections, especially in women and older adults, and in people who are malnourished or have serious medical problems. This can make it easier for you to develop a serious or life-threatening infection. Your blood will need to be tested often. Your future treatments may be delayed based on the results of these tests.

If you need surgery, tell the surgeon ahead of time that you are using clozapine. You may need to stop using the medicine for a short time.

You should not stop using clozapine suddenly or you could have unpleasant withdrawal symptoms. Follow your doctor's instructions about tapering your dose.

Clozapine can have long lasting effects on your body. You may need frequent medical tests for a short time after you stop using this medicine.

Take the missed dose as soon as you remember. Skip the missed dose if it is almost time for your next scheduled dose. Do not take extra medicine to make up the missed dose. If you miss taking clozapine for more than 2 days in a row, call your doctor before you start taking it again.

What should I avoid while taking clozapine?

Clozapine can cause severe dizziness, slow heartbeats, fainting, or seizures. Do not take more of this medicine than recommended. Be careful if you drive or do anything that requires you to be alert. Avoid getting up too fast from a sitting or lying position, or you may feel dizzy. Dizziness or severe drowsiness can cause falls, fractures, or other injuries.

Get emergency medical help if you have signs of an allergic reaction to clozapine: hives, skin pain, rash that spreads and causes blistering or peeling; difficult breathing; swelling of your face, lips, tongue, or throat.

Serious and sometimes fatal infections may occur during treatment with clozapine. Call your doctor right away if you have signs of infection such as: weakness, fever, swollen gums, sore throat, painful mouth sores, pain when swallowing, skin sores, cold or flu symptoms, cough, trouble breathing.

High doses or long-term use of clozapine can cause a serious movement disorder that may not be reversible. Symptoms of this disorder include uncontrollable muscle movements of your lips, tongue, eyes, face, arms, or legs. The longer you take this medicine, the more likely you are to develop a serious movement disorder. The risk of this side effect is higher in women and older adults.

Common clozapine side effects may include:

What other drugs will affect clozapine?

Clozapine can cause a serious heart problem, especially if you use certain medicines at the same time. Tell your doctor about all medicines you use, and those you start or stop using during your treatment.

Taking clozapine with other drugs that make you sleepy or slow your breathing can cause dangerous or life-threatening side effects. Ask your doctor before taking this medicine with a sleeping pill, narcotic pain medicine, prescription cough medicine, muscle relaxer, or medicine for anxiety, depression, or seizures.

Many drugs can interact with clozapine. Not all possible interactions are listed here. Tell your doctor about all your current medicines and any you start or stop using, especially:

This list is not complete and many other drugs can interact with clozapine. This includes prescription and over-the-counter medicines, vitamins, and herbal products. Give a list of all your medicines to any healthcare provider who treats you.

Remember, keep this and all other medicines out of the reach of children, never share your medicines with others, and use clozapine only for the indication prescribed.

Commonly reported side effects of clozapine include: hypotension, fever, tachycardia, constipation, dizziness, headache, nausea, sedated state, vomiting, and weight gain. Other side effects include: syncope, and diaphoresis. See below for a comprehensive list of adverse effects.

Risks associated with the use of clozapine include severe neutropenia, orthostatic hypotension, seizures, myocarditis, cardiomyopathy, and mitral valve incompetence. Severe neutropenia can lead to serious infection and death. Monitor absolute neutrophil count (ANC) prior to and during treatment. Monitor for symptoms of severe neutropenia and infection. Clozapine is available only through a restricted program under a Risk Evaluation Mitigation Strategy (REMS) called the Clozapine REMS Program. Orthostatic hypotension, bradycardia, syncope, cardiac arrest, and seizures have occurred. The risk is dose-related. Initiate treatment at 12.5 mg, titrate gradually, and use divided dosing. Use with caution in patients with history of or risk factors for seizure. Myocarditis and cardiomyopathy have occurred and can be fatal. Discontinue and obtain cardiac evaluation if findings suggest these cardiac reactions. Elderly patients with dementia-related psychosis treated with atypical antipsychotic drugs are at an increased risk of death. Clozapine is not approved for the treatment of patients with dementia-related psychosis.

Along with its needed effects, clozapine may cause some unwanted effects. Although not all of these side effects may occur, if they do occur they may need medical attention.

Check with your doctor immediately if any of the following side effects occur while taking clozapine:

The most commonly reported side effects included salivary hypersecretion, somnolence, and weight gain.

The cumulative incidence of seizure at 1 year is approximately 5% based on pre-marketing testing. The risk is dose-related.

Extrapyramidal symptoms that occur appear to be milder and less frequent than other antipsychotic drugs. There have been no reports of tardive dyskinesia directly attributable to clozapine; however, the syndrome has been reported in a few patients who were treated with other antipsychotics prior to receiving clozapine. A causal relationship can neither be established nor excluded.

Isolated cases of cardiac arrhythmias, pericarditis/pericardial effusion, and myocarditis have been reported. Postmarketing, very rare events of ventricular tachycardia, cardiac arrest, and QT prolongation which may be associated with Torsades de pointes have been observed, although there is no conclusive causal relationship to use of this drug.

During pre-marketing testing, the cumulative incidence of agranulocytosis at one year was reported to be 1.3%. Based on Clozaril National Registry (US patients) data collected up to April 1995, a hematologic risk analysis found the incidence of agranulocytosis rises steeply during the first 2 months, peaks at approximately the third month, and decreases at 6 months of therapy; after 6 months, the incidence decreases further, however, it never reaches zero. Individuals with an initial episode of moderate leukopenia (WBC of at least 2000/mm3 and less than 3000/mm3) are at an increased risk of having a subsequent episode of agranulocytosis.

In the UK, agranulocytosis occurred within the first 18 weeks in approximately 70% of patients who developed the condition.

In clinical trials, eosinophil counts of greater than 700/mm3 occurred in approximately 1% of patients. Eosinophilia has been co-reported with some cases of myocarditis (approximately 14%) and pericarditis/pericardial effusion, although it is unknown whether eosinophilia is a reliable predictor of carditis.

Aspiration of ingested food usually occurred in patients with dysphagia or in acute overdose.