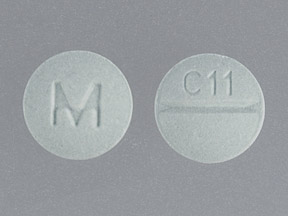 Clozapine is an antipsychotic medication. It works by changing the actions of chemicals in the brain. Clozapine is used to treat severe schizophrenia, or to reduce the risk of suicidal behavior in people with schizophrenia or similar disorders. Clozapine is available only from a certified pharmacy under a special program. Call your doctor right away if you have: chest pain, trouble breathing, fluttering in your chest, signs of infection (weakness, fever, sore throat, cold or flu symptoms), or if you feel like you might pass out. Learn more

Commonly reported side effects of clozapine include: hypotension, fever, tachycardia, constipation, dizziness, headache, nausea, sedated state, vomiting, and weight gain. Other side effects include: syncope, and diaphoresis. See below for a comprehensive list of adverse effects.

Risks associated with the use of clozapine include severe neutropenia, orthostatic hypotension, seizures, myocarditis, cardiomyopathy, and mitral valve incompetence. Severe neutropenia can lead to serious infection and death. Monitor absolute neutrophil count (ANC) prior to and during treatment. Monitor for symptoms of severe neutropenia and infection. Clozapine is available only through a restricted program under a Risk Evaluation Mitigation Strategy (REMS) called the Clozapine REMS Program. Orthostatic hypotension, bradycardia, syncope, cardiac arrest, and seizures have occurred. The risk is dose-related. Initiate treatment at 12.5 mg, titrate gradually, and use divided dosing. Use with caution in patients with history of or risk factors for seizure. Myocarditis and cardiomyopathy have occurred and can be fatal. Discontinue and obtain cardiac evaluation if findings suggest these cardiac reactions. Elderly patients with dementia-related psychosis treated with atypical antipsychotic drugs are at an increased risk of death. Clozapine is not approved for the treatment of patients with dementia-related psychosis.

Along with its needed effects, clozapine may cause some unwanted effects. Although not all of these side effects may occur, if they do occur they may need medical attention.

Check with your doctor immediately if any of the following side effects occur while taking clozapine:

The most commonly reported side effects included salivary hypersecretion, somnolence, and weight gain.

The cumulative incidence of seizure at 1 year is approximately 5% based on pre-marketing testing. The risk is dose-related.

Extrapyramidal symptoms that occur appear to be milder and less frequent than other antipsychotic drugs. There have been no reports of tardive dyskinesia directly attributable to clozapine; however, the syndrome has been reported in a few patients who were treated with other antipsychotics prior to receiving clozapine. A causal relationship can neither be established nor excluded.

Isolated cases of cardiac arrhythmias, pericarditis/pericardial effusion, and myocarditis have been reported. Postmarketing, very rare events of ventricular tachycardia, cardiac arrest, and QT prolongation which may be associated with Torsades de pointes have been observed, although there is no conclusive causal relationship to use of this drug.

During pre-marketing testing, the cumulative incidence of agranulocytosis at one year was reported to be 1.3%. Based on Clozaril National Registry (US patients) data collected up to April 1995, a hematologic risk analysis found the incidence of agranulocytosis rises steeply during the first 2 months, peaks at approximately the third month, and decreases at 6 months of therapy; after 6 months, the incidence decreases further, however, it never reaches zero. Individuals with an initial episode of moderate leukopenia (WBC of at least 2000/mm3 and less than 3000/mm3) are at an increased risk of having a subsequent episode of agranulocytosis.

In the UK, agranulocytosis occurred within the first 18 weeks in approximately 70% of patients who developed the condition.

In clinical trials, eosinophil counts of greater than 700/mm3 occurred in approximately 1% of patients. Eosinophilia has been co-reported with some cases of myocarditis (approximately 14%) and pericarditis/pericardial effusion, although it is unknown whether eosinophilia is a reliable predictor of carditis.

Aspiration of ingested food usually occurred in patients with dysphagia or in acute overdose.