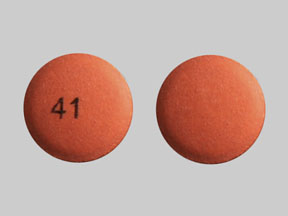 CLopidogrel is used to lower your risk of having a stroke, blood clot, or serious heart problem after you've had a heart attack, severe chest pain (angina), or circulation problems. CLopidogrel may also be used for purposes not listed in this medication guide. You should not use cLopidogrel if you have any active bleeding such as a stomach ulcer or bleeding in the brain. CLopidogrel increases your risk of bleeding, which can be severe or life-threatening. Call your doctor or seek emergency medical attention if you have bleeding that will not stop, if you have blood in your urine, black or bloody stools, or if you cough up blood or vomit that looks like coffee grounds. Learn more

How much is my Clopidogrel co-pay with Medicare?

Ways to Save on Clopidogrel

Here are some ways that may lower the cost of your clopidogrel prescription.

Along with its needed effects, clopidogrel may cause some unwanted effects. Although not all of these side effects may occur, if they do occur they may need medical attention.

Check with your doctor immediately if any of the following side effects occur while taking clopidogrel:

The most commonly reported adverse effect was bleeding, including life threatening and fatal bleeding.

In the CURE study (n=12,562), the incidence of fatal bleeding (0.2%) and intracranial hemorrhage (0.1%) was the same between clopidogrel with aspirin and placebo with aspirin groups.