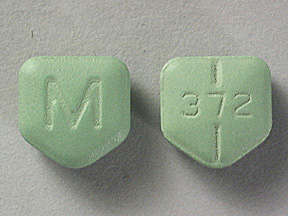 More frequently reported side effects include: gynecomastia. See below for a comprehensive list of adverse effects.

With ≥1 month of therapy: gynecomastia.

Creatinine elevations usually occurred during the first week of treatment and were typically non-progressive, with values returning to pretreatment levels during therapy or up to 1 week after stopping treatment.

Somnolence and dizziness were usually mild and have been reported in patients receiving 800 to 1600 mg/day.

Confusional states occurred within 2 to 3 days of starting treatment, were reversible within 3 to 4 days of stopping treatment and were more commonly reported in elderly patients and/or ill patients (e.g., renal dysfunction, organic brain syndrome).

Fatal hepatic effects have occurred with other histamine-2 receptor antagonists.

Severe parenchymal injury is considered highly unlikely due to the predominance of cholestatic features.

There was a report of biopsy-proven periportal hepatic fibrosis in a patient receiving this drug.

Leukopenia and/or thrombocytopenia were reversible with withdrawal of treatment.

Agranulocytosis/decreased white blood cell counts have been reported, with some events recurring upon rechallenge. These events were more commonly reported in patients with serious concomitant illnesses and/or those who received drugs/treatments known to produce neutropenia.

In a large epidemiological study, it was suggested that patients taking histamine-2-receptor antagonists had an increased adjusted relative risk of 1.63 (95% confidence interval of 1.07 to 2.48) of developing pneumonia compared to patients who stopped treatment. However, causal relationship between H2RA use and pneumonia has not been established.