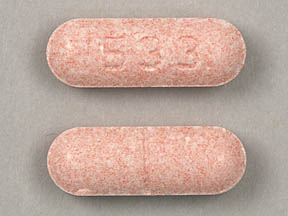 Carbamazepine is an anticonvulsant. It works by decreasing nerve impulses that cause seizures and nerve pain, such as tregimenal neuralgia and Diabetic neuropathy. Carbamazepine is also used to treat bipolar disorder. Carbamazepine may also be used for purposes not listed in this medication guide. You should not take carbamazepine if you have a history of bone marrow suppression, if you are allergic to it, or take an antidepressant such as amitriptyline, desipramine, doXepin, imipramine, or nortriptyline. Learn more

How much is my Carbamazepine co-pay with Medicare?

Ways to Save on Carbamazepine

Here are some ways that may lower the cost of your carbamazepine prescription.

Commonly reported side effects of carbamazepine include: ataxia, dizziness, drowsiness, nausea, and vomiting. Other side effects include: pruritus, speech disturbance, amblyopia, and xerostomia. See below for a comprehensive list of adverse effects.

Serious and sometimes fatal dermatologic reactions (including Stevens-Johnson syndrome and toxic epidermal necrolysis) have been reported, especially in patients with the inherited allelic variant HLA-B*1502. Screen genetically at-risk patients prior to receiving carbamazepine. Do not start carbamazepine in patients who test positive for the allele unless the benefit clearly outweighs the risk. Discontinue if you suspect that the patient has a serious dermatologic reaction. Aplastic anemia and agranulocytosis have also been reported. Obtain pretreatment hematological testing and periodically monitor CBC. Consider drug discontinuation if significant bone marrow depression develops.

Along with its needed effects, carbamazepine may cause some unwanted effects. Although not all of these side effects may occur, if they do occur they may need medical attention.

Check with your doctor immediately if any of the following side effects occur while taking carbamazepine:

Thrombocytopenia is the most common hematologic effect of carbamazepine and may be either mild and transient or severe. Significant decreases in white blood cell counts may occur although the values may still be within the normal range. Often counts will return to baseline during continued therapy, and therefore, discontinuation of carbamazepine may not be necessary. Dose reductions may also result in normalization of white blood cell counts. Aplastic anemia has been reported (although many of the reported cases had confounding exposures to other medications). The manufacturer reports an incidence of 2 per 1,000,000 patients for aplastic anemia and 6 per 1,000,000 patients for agranulocytosis. Cases of reticulocytosis have been reported rarely in association with carbamazepine therapy as well. In addition, cases of hemolytic anemia and erythroid arrest have been reported.

Both humoral and nonimmune mechanisms have been implicated in the etiology of carbamazepine-induced bone marrow suppression.

Most of the cases of cardiovascular effects reported have occurred in patients receiving carbamazepine for trigeminal neuralgia. The reported effects included congestive heart failure, edema, hypotension, syncope and arrhythmias. In general, the doses were titrated quickly because of severe pain. Many of the doses were higher than those used to treat epilepsy. Many of the reported cardiovascular effects resolved after discontinuation of carbamazepine.

Rigidity and oculogyric crises have been reported. Impairment of psychomotor function has been noted in association with use of the liquid suspension of carbamazepine. Additionally, impaired cognition, exacerbations of focal seizures and asterixis have been reported in association with carbamazepine treatment. One case of a lingual-facial-buccal extrapyramidal reaction has also been described.

One study has suggested that gradual withdrawal of carbamazepine over ten days results in significantly fewer generalized tonic-clonic seizures compared to rapid withdrawal over four days.

One study has suggested that the epoxide metabolite of carbamazepine may be responsible for the occasional occurrence of seizure exacerbations in patients receiving carbamazepine.

Alterations in liver function tests may progress to hepatotoxicity including cholangitis, granuloma formation, fever and hepatocellular necrosis. Discontinuation of carbamazepine often results in improvement in laboratory abnormalities and liver injury.

Dangerous, sometimes fatal skin reactions (Stevens Johnson syndrome and toxic epidermal necrolysis), that can be caused by carbamazepine therapy are significantly more common in patients with the human leukocyte antigen (HLA) allele, HLA-B 1502. This allele occurs almost exclusively in patients with ancestry across broad areas of Asia, including South Asian Indians. Patients with ancestry from areas in which HLA-B 1502 is present should be screened for the HLA-B 1502 allele before starting treatment with carbamazepine. If these individuals test positive, carbamazepine should not be started unless the expected benefit clearly outweighs the increased risk of serious skin reactions. Patients who have been taking carbamazepine for more than a few months without developing skin reactions are at low risk of these events ever developing from carbamazepine. This is true for patients of any ethnicity or genotype, including patients who test positive for HLA-B 1502.

Frequency not reported: Fever and chills