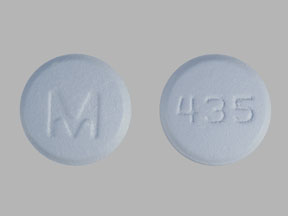 Bupropion is an antidepressant medication used to treat major depressive disorder and seasonal affective disorder. The Zyban brand of bupropion is used to help people stop smoking by reducing cravings and other withdrawal effects. Bupropion may also be used for purposes not listed in this medication guide. You should not take bupropion if you have seizures or an eating disorder, or if you have suddenly stopped using alcohol, seizure medication, or sedatives. If you take Wellbutrin for depression, do not also take Zyban to quit smoking. Learn more

The Zyban brand of bupropion is used to help people stop smoking by reducing cravings and other withdrawal effects.

Bupropion may also be used for purposes not listed in this medication guide.

You should not take bupropion if you have seizures or an eating disorder, or if you have suddenly stopped using alcohol, seizure medication, or sedatives. If you take Wellbutrin for depression, do not also take Zyban to quit smoking.

Do not use bupropion within 14 days before or 14 days after you have used a MAO inhibitor, such as isocarboxazid, linezolid, methylene blue injection, phenelzine, rasagiline, selegiline, or tranylcypromine.

Some young people have thoughts about suicide when first taking an antidepressant. Stay alert to changes in your mood or symptoms. Report any new or worsening symptoms to your doctor.

Do not use bupropion if you have used an MAO inhibitor in the past 14 days. A dangerous drug interaction could occur. MAO inhibitors include isocarboxazid, linezolid, methylene blue injection, phenelzine, rasagiline, selegiline, tranylcypromine, and others.

You should not take bupropion if you are allergic to it, or if you have ever had:

Do not use an MAO inhibitor within 14 days before or 14 days after you take bupropion. A dangerous drug interaction could occur. MAO inhibitors include isocarboxazid, linezolid, phenelzine, rasagiline, selegiline, and tranylcypromine.

Some young people have thoughts about suicide when first taking an antidepressant. Your doctor will need to check your progress at regular visits while you are using this medicine. Your family or other caregivers should also be alert to changes in your mood or symptoms.

Tell your doctor if you are pregnant or breastfeeding.

If you are pregnant, your name may be listed on a pregnancy registry to track the effects of bupropion on the baby.

Bupropion is not approved for use by anyone younger than 18 years old.

How should I take bupropion?

Take bupropion exactly as prescribed by your doctor. Follow all directions on your prescription label. Do not take this medicine in larger or smaller amounts or for longer than recommended. Too much of this medicine can increase your risk of a seizure.

Do not crush, chew, or break an extended-release tablet. Swallow the tablet whole.

You should not change your dose or stop using bupropion suddenly, unless you have a seizure while taking this medicine. Stopping suddenly can cause unpleasant withdrawal symptoms.

Ask your doctor how to safely stop using bupropion.

If you take Zyban to help you stop smoking, you may continue to smoke for about 1 week after you start the medicine. Set a date to quit smoking during the second week of treatment. Talk to your doctor if you are having trouble quitting after you have used Zyban for at least 7 to 12 weeks.

Some people taking bupropion (Wellbutrin or Zyban) have had high blood pressure that is severe, especially when also using a nicotine replacement product (patch or gum). Your blood pressure may need to be checked before and during treatment with bupropion.

You may have nicotine withdrawal symptoms when you stop smoking, including: increased appetite, weight gain, trouble sleeping, trouble concentrating, slower heart rate, having the urge to smoke, and feeling anxious, restless, depressed, angry, frustrated, or irritated. These symptoms may occur with or without using medication such as Zyban.

Smoking cessation may also cause new or worsening mental health problems, such as depression.

This medicine can cause you to have a false positive drug screening test. If you provide a urine sample for drug screening, tell the laboratory staff that you are taking bupropion.

What happens if I miss a dose of Bupropion hcl?

What happens if I overdose of Bupropion hcl?

Seek emergency medical attention or call the Poison Help line at 1-800-222-1222. An overdose of bupropion can be fatal. Overdose symptoms may include muscle stiffness, hallucinations, fast or uneven heartbeat, shallow breathing, or fainting.

What should I avoid while taking bupropion?

Drinking alcohol with bupropion may increase your risk of seizures. If you drink alcohol regularly, talk with your doctor before changing the amount you drink. This medicine can also cause seizures in people who drink a lot of alcohol and then suddenly quit drinking when they start using the medication.

Bupropion may impair your thinking or reactions. Be careful if you drive or do anything that requires you to be alert.

Get emergency medical help if you have any of these signs of an allergic reaction to bupropion: (hives, itching, fever, swollen glands, difficult breathing, swelling in your face or throat) or a severe skin reaction (fever, sore throat, burning eyes, skin pain, red or purple skin rash with blistering and peeling).

Report any new or worsening symptoms to your doctor, such as: mood or behavior changes, anxiety, depression, panic attacks, trouble sleeping, or if you feel impulsive, irritable, agitated, hostile, aggressive, restless, hyperactive (mentally or physically), more depressed, or have thoughts about suicide or hurting yourself.

Common bupropion side effects may include:

What other drugs will affect bupropion?

You may have a higher risk of seizures if you use certain other medicines while taking bupropion.

Many drugs can interact with bupropion. Tell your doctor about all medicines you use, and those you start or stop using during your treatment. This includes prescription and over-the-counter medicines, vitamins, and herbal products. Not all possible interactions are listed in this medication guide.

Remember, keep this and all other medicines out of the reach of children, never share your medicines with others, and use bupropion only for the indication prescribed.

Along with its needed effects, bupropion may cause some unwanted effects. Although not all of these side effects may occur, if they do occur they may need medical attention.

Check with your doctor immediately if any of the following side effects occur while taking bupropion:

Get emergency help immediately if any of the following symptoms of overdose occur while taking bupropion:

In placebo-controlled clinical studies, the specific adverse events that led to discontinuation in at least 1% of patients treated with either 300 mg or 400 mg per day of Wellbutrin SR (R)included rash, nausea, agitation, and migraine. Additional events leading to discontinuation in the immediate-release formulation included mental state abnormalities, vomiting, seizures, headaches, and sleep disturbances, many of which occurred at doses greater than the recommended daily dose.

Adverse events leading to treatment discontinuation with Zyban (R) included tremors, and rashes. The most commonly observed adverse reactions were dry mouth and insomnia. Smoking cessation is often associated with nicotine withdrawal symptoms, some of which are also recognized as adverse events associated with bupropion.

The Australian Adverse Drug Reaction Advisory Committee reported that 285 of the 780 reports it received in association with bupropion through mid-May 2001 involved psychological disturbances.

Two cases of tactile hallucinations ("bugs crawling over skin") have been reported in association with bupropion extended-release (200 mg twice daily) therapy. In both cases the symptoms abated following a reduction in the total daily dose of bupropion (300 mg daily).

Insomnia may also be dose-dependent. In a dose response clinical study for smoking cessation, 29% of patients receiving bupropion 150 mg/day versus 35% of those receiving 300 mg/day reported insomnia. Insomnia may be minimized by reducing the dosage or avoiding administration at bedtime.

The Australian Adverse Drug Reaction Advisory Committee reported that 268 of the 780 reports it received in association with bupropion through mid-May 2001 involved nervous system disorders.

Grand mal seizures have been reported in 0.4% of patients undergoing bupropion therapy at dosages up to 450 mg daily. The incidence of seizures increases dramatically at higher dosages. The seizure rate in patients taking sustained-release bupropion up to a dosage of 300 mg/day (e.g. for smoking cessation) has been approximated at 0.1%.

Two cases of elderly patients falling backwards have been attributed to the effects of bupropion on the basal ganglia.

The Australian Adverse Drug Reaction Advisory Committee reported that 307 of the 780 reports it received in association with bupropion through mid- May 2001 involved skin reactions. Urticaria was the most commonly reported event (167 cases). Other rashes (86 cases) were also reported.

In clinical practice, hypertension, in some cases severe, requiring acute treatment, has been reported in patients receiving bupropion alone and in combination with nicotine replacement therapy. These events have been observed in both patients with and without evidence of preexisting hypertension.

Some investigators have suggested that bupropion therapy may be 10 to 100 times less likely to induce conduction problems than tricyclic antidepressants.

Among antidepressants, bupropion may be associated with the lowest incidence of sexual dysfunction (i.e., impotence, abnormal ejaculation, changes in libido).

Uncommon (0.1% to 1%): Fever with rash and other symptoms suggestive of delayed hypersensitivity