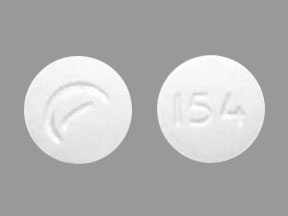 What is buprenorphine and naloxone?

Buprenorphine and naloxone may also be used for purposes not listed in this medication guide.

Buprenorphine and naloxone is not for use as a pain medication.

buprenorphine and naloxone can slow or stop your breathing, and may be habit-forming. MISUSE OF THIS MEDICINE CAN CAUSE ADDICTION, OVERDOSE, OR DEATH, especially in a child or other person using the medicine without a prescription.

Taking this medicine during pregnancy may cause life-threatening withdrawal symptoms in the newborn.

Fatal side effects can occur if you use this medicine with alcohol, or with other drugs that cause drowsiness or slow your breathing.

You should not use this medicine if you are allergic to buprenorphine or naloxone (Narcan).

Some medicines can interact with buprenorphine and naloxone and cause a serious condition called serotonin syndrome. Be sure your doctor knows if you also take stimulant medicine, herbal products, or medicine for depression, mental illness, Parkinson's disease, migraine headaches, serious infections, or prevention of nausea and vomiting. Ask your doctor before making any changes in how or when you take your medications.

If you use this medicine while you are pregnant, your baby could become dependent on the drug. This can cause life-threatening withdrawal symptoms in the baby after it is born. Babies born dependent on habit-forming medicine may need medical treatment for several weeks. Tell your doctor if you are pregnant.

Buprenorphine and naloxone can pass into breast milk and may cause drowsiness or breathing problems in the nursing baby. Tell your doctor if you are breast-feeding.

How should I take buprenorphine and naloxone?

Follow all directions on your prescription label and read all medication guides. Your doctor may occasionally change your dose. Never use buprenorphine and naloxone in larger amounts, or for longer than prescribed.

buprenorphine and naloxone may be habit-forming. Never share this medicine with another person, especially someone with a history of drug abuse or addiction. MISUSE OF NARCOTIC MEDICINE CAN CAUSE ADDICTION, OVERDOSE, OR DEATH, especially in a child or other person using the medicine without a prescription. Selling or giving away buprenorphine and naloxone is against the law.

Use dry hands when handling this medicine. Place the sublingual tablet or film under your tongue. Place the buccal film against the inside of your cheek. Allow the medicine to dissolve slowly. Do not chew or swallow it whole.

If you switch between medicines containing buprenorphine, you may not use the same dose for each one. Follow all directions carefully.

Do not stop using buprenorphine and naloxone suddenly, or you could have unpleasant withdrawal symptoms. Ask your doctor how to safely stop using this medicine.

You will need frequent blood tests to check your liver function.

All your medical care providers should know that you are being treated for opioid addiction, and that you take buprenorphine and naloxone. Make sure your family members know how to provide this information in case they need to speak for you during an emergency.

Never crush or break a buprenorphine and naloxone pill to inhale the powder or mix it into a liquid to inject the drug into your vein. This practice has resulted in death.

Store this medicine in the foil pouch at room temperature, away from moisture and heat. Discard an empty pouch in a place children and pets cannot get to.

Keep track of your medicine. This medicine is a drug of abuse and you should be aware if anyone is using it improperly.

Do not keep leftover opioid medication. Just one dose can cause death in someone using this medicine accidentally or improperly. Ask your pharmacist where to locate a drug take-back disposal program. If there is no take-back program, remove any unused films from the foil pack and flush the films down the toilet. Throw the empty foil pack into the trash.

What happens if I miss a dose of Buprenorphine hcl/naloxon?

Seek emergency medical attention or call the Poison Help line at 1-800-222-1222. An overdose can be fatal, especially in a child or other person using buprenorphine and naloxone without a prescription.

What should I avoid while taking buprenorphine and naloxone?

Do not drink alcohol. Dangerous side effects or death could occur.

Avoid driving or operating machinery until you know how this medicine will affect you. Dizziness or severe drowsiness can cause falls, accidents, or severe injuries.

Buprenorphine and naloxone side effects

Like other narcotic medicines, buprenorphine and naloxone can slow your breathing. Death may occur if breathing becomes too weak. A person caring for you should seek emergency medical attention if you have slow breathing with long pauses, blue colored lips, or if you are hard to wake up.

Call your doctor at once or seek emergency medical attention if you have:

Long-term use of opioid medication may affect fertility (ability to have children) in men or women. It is not known whether opioid effects on fertility are permanent.

What other drugs will affect buprenorphine and naloxone?

Narcotic (opioid) medication can interact with many other drugs and cause dangerous side effects or death. Be sure your doctor knows if you also use:

This list is not complete. Other drugs may affect buprenorphine and naloxone, including prescription and over-the-counter medicines, vitamins, and herbal products. Not all possible drug interactions are listed here.

Commonly reported side effects of buprenorphine/naloxone include: constipation, diarrhea, headache, and nausea. See below for a comprehensive list of adverse effects.

Along with its needed effects, buprenorphine/naloxone may cause some unwanted effects. Although not all of these side effects may occur, if they do occur they may need medical attention.

Check with your doctor immediately if any of the following side effects occur while taking buprenorphine / naloxone:

Get emergency help immediately if any of the following symptoms of overdose occur while taking buprenorphine / naloxone:

There have been postmarketing reports coma and death associated with concomitant use of buprenorphine and benzodiazepines; many of these reports have involved misuse by self-injection.

In clinical trials and in postmarketing reports, cases of cytolytic hepatitis and hepatitis with jaundice have been reported in association with buprenorphine use. The spectrum of abnormalities has ranged from transient asymptomatic elevations of hepatic transaminases to hepatic failure, hepatic necrosis, hepatorenal syndrome, and hepatic encephalopathy. The presence of preexisting liver enzyme abnormalities, viral hepatitis, concomitant hepatotoxic drug use, and ongoing IV drug abuse may have played a causative or contributory role.