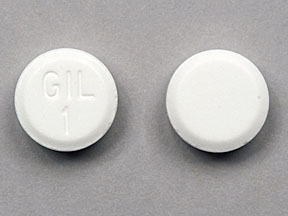 Prices and coupons of Azilect

Azilect (rasagiline) works by increasing the levels of certain chemicals in the brain. Azilect is used to treat symptoms of Parkinson's disease (stiffness, tremors, spasms, poor muscle control). Azilect is sometimes used with another medicine called Levodopa. Do not Azilect if you have used a MAO inhibitor in the past 14 days, such as isocarboxazid, Linezolid, Methylene Blue injection, phenelzine, selegiline, or tranylcypromine. Tell your doctor about all medicines you have used in the 2-week period before you start taking Azilect. Many drugs can interact with rasagiline, and some drugs should not be used together. Learn more

Azilect (rasagiline) works by increasing the levels of certain chemicals in the brain.

Azilect is sometimes used with another medicine called levodopa.

Do not Azilect if you have used a MAO inhibitor in the past 14 days, such as isocarboxazid, linezolid, methylene blue injection, phenelzine, selegiline, or tranylcypromine.

Tell your doctor about all medicines you have used in the 2-week period before you start taking Azilect. Many drugs can interact with rasagiline, and some drugs should not be used together.

Before you take this medicine, tell your doctor if you have liver disease.

There are many other drugs that can cause serious medical problems if you take them together with Azilect. Tell your doctor about all medications you use. This includes prescription, over-the-counter, vitamin, and herbal products. Do not start a new medication without telling your doctor. Keep a list of all your medicines and show it to any healthcare provider who treats you.

While you are taking this medicine and for 2 weeks after you stop taking it, you may not be able to eat certain types of cheese. Follow your doctor's instructions. Rasagiline may impair your thinking or reactions. Be careful if you drive or do anything that requires you to be alert.

You should not take Azilect if you are allergic to rasagiline.

Do not use Azilect if you have used any other MAO inhibitor in the past 14 days. A dangerous drug interaction could occur. MAO inhibitors include isocarboxazid, linezolid, methylene blue injection, phenelzine, selegiline, tranylcypromine, and others.

Some medicines can cause unwanted or dangerous effects when used with Azilect. Your doctor may change your treatment plan if you also use:

Be sure your doctor knows if you also take stimulant medicine, opioid medicine, herbal products, or medicine for depression, mental illness, migraine headaches, serious infections, or prevention of nausea and vomiting. These medicines may interact with rasagiline and cause a serious condition called serotonin syndrome.

To make sure Azilect is safe for you, tell your doctor if you have ever had:

People with Parkinson's disease may have a higher risk of skin cancer (melanoma). Ask your doctor about skin symptoms to watch for.

How should I take Azilect?

Take Azilect exactly as prescribed by your doctor. Follow all directions on your prescription label and read all medication guides or instruction sheets. Your doctor may occasionally change your dose.

If you take Azilect alone, your dose may be different than if you take it with other Parkinson's medications. Follow your doctor's dosing instructions very carefully.

Azilect may be only part of a complete program of treatment that also includes a special diet. Follow the diet plan created for you by your doctor or nutrition counselor.

Get familiar with the list of foods you should avoid to help prevent certain side effects of rasagiline.

Call your doctor if your Parkinson's symptoms do not improve, or if they get worse while using Azilect.

Do not stop using Azilect suddenly, or you could have unpleasant withdrawal symptoms. Ask your doctor how to safely stop using this medicine.

Comments: May be used as adjunct therapy in patients on levodopa therapy, with or without other drugs used in the treatment of Parkinson's disease.

Skip the missed dose and use your next dose at the regular time. Do not use two doses at one time.

Seek emergency medical attention or call the Poison Help line at 1-800-222-1222. An overdose of rasagiline can be fatal.

Overdose symptoms may include drowsiness, dizziness, severe headache, rapid pulse, feeling agitated or irritable, muscle spasms in your neck or jaw, sweating, cold or clammy skin, shallow breathing, fainting, or seizure (convulsions). These symptoms may be delayed for 12 to 24 hours after an overdose.

What should I avoid while taking Azilect?

Avoid driving or hazardous activity until you know how this medicine will affect you. Dizziness or drowsiness can cause falls, accidents, or severe injuries. Avoid getting up too fast from a sitting or lying position, or you may feel dizzy.

Also avoid eating foods that are high in tyramine, such as aged cheeses, fava beans, soy sauce, herring, pickled or processed meats and fish, and meats that are aged, dried, smoked, or fermented. Eating tyramine while you are taking Azilect can raise your blood pressure to dangerous levels which could cause life-threatening side effects.

Get emergency medical help if you have signs of an allergic reaction to Azilect: hives; difficult breathing; swelling of your face, lips, tongue, or throat.

Some people taking Azilect with levodopa have fallen asleep during normal daytime activities such as working, talking, eating, or driving. Tell your doctor if you have any problems with daytime sleepiness or drowsiness.

Common Azilect side effects may include:

What other drugs will affect Azilect?

Using Azilect with other drugs that make you drowsy can worsen this effect. Ask your doctor before using opioid medication, a sleeping pill, a muscle relaxer, or medicine for anxiety or seizures. Tell your doctor if you have taken an antidepressant during the 2-week period before you start taking Azilect.

Many drugs can interact with rasagiline, and some drugs should not be used at the same time. Tell your doctor about all your current medicines and any medicine you start or stop using. This includes prescription and over-the-counter medicines, vitamins, and herbal products. Not all possible interactions are listed here.

Remember, keep this and all other medicines out of the reach of children, never share your medicines with others, and use Azilect only for the indication prescribed.

Note: This document contains side effect information about rasagiline. Some of the dosage forms listed on this page may not apply to the brand name Azilect.

Common side effects of Azilect include: dyskinesia. See below for a comprehensive list of adverse effects.

Along with its needed effects, rasagiline (the active ingredient contained in Azilect) may cause some unwanted effects. Although not all of these side effects may occur, if they do occur they may need medical attention.

Check with your doctor immediately if any of the following side effects occur while taking rasagiline:

When used as an adjunct to levodopa, the risk for developing posttreatment high blood pressure, combined with a significant increase from baseline was higher for rasagiline (the active ingredient contained in Azilect) (2%) compared to placebo (1%).

Clinical trial data suggest that orthostatic hypotension occurs more frequently during the first 2 months of rasagiline treatment and tends to decrease over time.

Postmarketing reports of elevated blood pressure, including rare incidents of hypertensive crisis associated with the ingestion of unknown amounts of tyramine-rich foods, have been reported in patients taking recommended doses of rasagiline.

Dyskinesia or exacerbation of dyskinesia has been reported when rasagiline is used as an adjunct to levodopa. A dose reduction of levodopa may mitigate this effect.

Cases of patients treated with rasagiline and other dopaminergic medications falling asleep while engaged in activities of daily living including the operations of motor vehicles, have been reported and sometimes resulted in accidents. Some of these cases of somnolence have been reported more than 1 year after initiation of treatment.

The postmarketing reports of serotonin syndrome, associated with agitation, confusion, rigidity, pyrexia, and myoclonus have been reported by patients treated with antidepressants/SNRI concomitantly with rasagiline.

When studied as an adjunct to levodopa, the incidence of hallucinations was approximately 5% at a rasagiline dose of 0.5 mg per day, 4% at 1 mg per day, and 3% with placebo. Dose reduction or treatment discontinuation should be considered if hallucinations or psychotic-like behaviors develop.

Reduced impulse control or increased compulsive behaviors include intense urges to gamble, increased sexual urges, intense urges to spend money, and binge eating. Patients may not recognize these behaviors as abnormal. Dose reduction or treatment discontinuation should be considered if such urges develop.