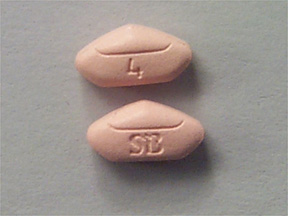 Prices and coupons of Avandia

Avandia (rosiglitazone) is an oral diabetes medicine that helps control blood sugar levels. Avandia is used together with diet and exercise to improve blood sugar control in adults with type 2 diabetes mellitus. This medicine is not for treating type 1 diabetes. Avandia is not recommended for use with insulin. Taking Avandia while you are using insulin may increase your risk of serious heart problems. Avandia can cause or worsen congestive heart failure. You should not use this medicine if you have severe or uncontrolled heart failure. Learn more

Avandia is used together with diet and exercise to improve blood sugar control in adults with type 2 diabetes mellitus. This medicine is not for treating type 1 diabetes.

Avandia is not recommended for use with insulin. Taking Avandia while you are using insulin may increase your risk of serious heart problems.

Avandia can cause or worsen congestive heart failure. You should not use this medicine if you have severe or uncontrolled heart failure.

Stop using Avandia and call your doctor at once if you have shortness of breath (especially when lying down), unusual tiredness, swelling, or rapid weight gain.

You should not use Avandia if you are allergic to rosiglitazone, or if you have:

This medication may increase your risk of developing bladder cancer. Talk with your doctor about your specific risk.

To make sure Avandia is safe for you, tell your doctor if you have ever had:

Avandia may increase your risk of serious heart problems, but not treating your diabetes can also damage your heart and other organs. Talk to your doctor about the risks and benefits of this medicine.

Follow your doctor's instructions about using this medicine if you are pregnant. Blood sugar control is very important during pregnancy, and your dose may be different during each trimester.

Rosiglitazone may stimulate ovulation in a premenopausal woman and may increase the risk of unintended pregnancy. Talk to your doctor about your risk.

Women may be more likely to have a broken bone while using rosiglitazone. Talk with your doctor about ways to keep your bones healthy.

You should not breast-feed while using Avandia.

Avandia is not FDA-approved for use by anyone younger than 18 years old.

How should I take Avandia?

Take Avandia exactly as prescribed by your doctor. Follow all directions on your prescription label and read all medication guides or instruction sheets. Your doctor may occasionally change your dose.

You may take Avandia with or without food.

Low blood sugar (hypoglycemia) can happen to everyone who has diabetes. Symptoms include headache, hunger, sweating, irritability, dizziness, nausea, and feeling shaky. To quickly treat low blood sugar, always keep a fast-acting source of sugar with you such as fruit juice, hard candy, crackers, raisins, or non-diet soda.

Your doctor can prescribe a glucagon emergency injection kit to use in case you have severe hypoglycemia and cannot eat or drink. Be sure your family and close friends know how to give you this injection in an emergency.

It may take up to 2 weeks before your blood sugar levels start to improve. Keep using the medication as directed and tell your doctor if your levels do not improve within 2 or 3 months.

Avandia is only part of a treatment program that may also include diet, exercise, weight control, blood sugar testing, and special medical care. Follow your doctor's instructions very closely.

Store at room temperature away from moisture, heat, and light. Keep the bottle tightly closed when not in use.

Initial dose: 4 mg orally once a day
Maintenance dose: If inadequate response is not achieved after 8 to 12 weeks, increase to 8 mg once a day
Maximum dose: 8 mg per day

Comments:
-May take as a single daily dose or in 2 divided doses.
-Monitor closely for fluid related adverse events with initiation and dose titration.

Use: To improve glycemic control in adult patients with type 2 diabetes mellitus as an adjunct to diet and exercise.

What should I avoid while taking Avandia?

Avoid drinking alcohol. It lowers blood sugar and may interfere with your diabetes treatment.

Get emergency medical help if you have signs of an allergic reaction to Avandia (hives, difficult breathing, swelling in your face or throat) or a severe skin reaction (fever, sore throat, burning eyes, skin pain, red or purple skin rash with blistering and peeling).

Stop using Avandia and call your doctor at once if you have symptoms of liver damage: nausea, upper stomach pain, itching, loss of appetite, dark urine, clay-colored stools, or jaundice (yellowing of the skin or eyes).

Common Avandia side effects may include:

What other drugs will affect Avandia?

Tell your doctor if you use insulin. Taking Avandia while you are using insulin may increase your risk of serious heart problems.

Many drugs can interact with rosiglitazone. This includes prescription and over-the-counter medicines, vitamins, and herbal products. Not all possible interactions are listed here. Tell your doctor about all your current medicines and any medicine you start or stop using.

Remember, keep this and all other medicines out of the reach of children, never share your medicines with others, and use Avandia only for the indication prescribed.

Note: This document contains side effect information about rosiglitazone. Some of the dosage forms listed on this page may not apply to the brand name Avandia.

Common side effects of Avandia include: headache. Other side effects include: edema and nausea. See below for a comprehensive list of adverse effects.

Along with its needed effects, rosiglitazone (the active ingredient contained in Avandia) may cause some unwanted effects. Although not all of these side effects may occur, if they do occur they may need medical attention.

Check with your doctor immediately if any of the following side effects occur while taking rosiglitazone:

Overall data from long-term rosiglitazone (the active ingredient contained in Avandia) trials including the RECORD, ADOPT, and DREAM trials (rosiglitazone n=6311; control n=7756) showed no difference in overall mortality or major adverse cardiovascular events; however, a meta-analysis of shorter-term trials suggests and increased risk for myocardial infarction with rosiglitazone compared with placebo.

The RECORD trial (Rosiglitazone evaluated for Cardiac Outcomes and Regulation of Glycemia in Diabetes) revealed no significant difference in cardiovascular hospitalization or cardiovascular death (primary outcome) among patients with type 2 diabetes receiving rosiglitazone add-on therapy (n=2220) compared with active control (n=2227); however, there was a significant difference in the incidence of CHF (secondary endpoint). Patients randomized were those who had failed metformin or sulfonylurea monotherapy; mean age: 58 years; 52% male. Following randomization to add-on rosiglitazone or active control (add-on metformin for those inadequately controlled on sulfonylurea or add-on sulfonylurea for those inadequately controlled on metformin) patients were treated to a target glycosylated hemoglobin (HbA1c) of 7% or less. Heart failure was reported in 61 patients receiving add-on rosiglitazone and 29 patients receiving active control.

Cardiovascular Events in Patients with NYHA Class I and II Heart Failure:

Anemia was reported in 1.9% of patients receiving rosiglitazone (the active ingredient contained in Avandia) as monotherapy. In combination therapy with metformin, a sulfonylurea, or metformin plus a sulfonylurea, the incidence of anemia was 7.1%, 2.3%, and 6.7%, respectively. Laboratory findings have shown dose-related decreases in hemoglobin and hematocrit; mean decreases in hemoglobin were 1 g/dL and up to 3.3% in hematocrit. These changes primarily occurred during the first 3 months or following a dose increase. They may be related to increased plasma volume.

Frequency not reported: Increases in waist and hip circumference

The mechanism of weight gain is unclear, although it probably is due to a combination of fluid retention and fat accumulation. In the ADOPT monotherapy trial, median weight change at 4 years was plus 3.5 kg.

Long-term clinical trials have shown an increased incidence of bone fracture in patients receiving drug compared with glyburide or metformin. This increased incidence appeared after the first year and persisted during the trials. The majority of fractures were observed in women and occurred in the upper arm, hand, and foot.