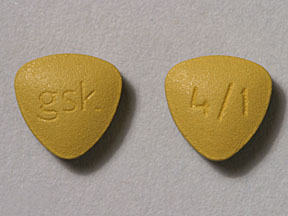 Avandaryl contains a combination of Ride">GlimepiRide and rosiglitazone, two oral diabetes medicines that help control blood sugar levels. Avandaryl is for people with type 2 diabetes. This medication is not for treating type 1 diabetes. Avandaryl is not recommended for use with insulin. Taking Avandaryl while you are using insulin may increase your risk of serious heart problems. You should not use Avandaryl if you have severe or uncontrolled heart failure, or if you are allergic to sulfa drugs. Do not use this medicine if you are in a state of diabetic ketoacidosis (call your doctor for treatment with insulin). Learn more

Avandaryl is for people with type 2 diabetes. This medication is not for treating type 1 diabetes.

Avandaryl is not recommended for use with insulin. Taking Avandaryl while you are using insulin may increase your risk of serious heart problems.

You should not use Avandaryl if you have severe or uncontrolled heart failure, or if you are allergic to sulfa drugs. Do not use this medicine if you are in a state of diabetic ketoacidosis (call your doctor for treatment with insulin).

Avandaryl can cause or worsen congestive heart failure. Stop using this medicine and call your doctor at once if you have shortness of breath (even with mild exertion), swelling, or rapid weight gain.

You should not use Avandaryl if you are allergic to glimepiride or rosiglitazone, or:

To make sure Avandaryl is safe for you, tell your doctor if you have:

Women may be more likely than men to have bone fractures in the upper arm, hand, or foot while taking Avandaryl. Talk with your doctor if you are concerned about this possibility.

Some women using Avandaryl have started having menstrual periods, even after not having a period for a long time due to a medical condition. You may be able to get pregnant if your periods restart. Talk with your doctor about the need for birth control.

It is not known whether glimepiride and rosiglitazone passes into breast milk or if it could harm a nursing baby. You should not breast-feed while using Avandaryl.

How should I take Avandaryl?

Take Avandaryl exactly as prescribed by your doctor. Follow all directions on your prescription label. Your doctor may occasionally change your dose to make sure you get the best results. Do not take this medicine in larger or smaller amounts or for longer than recommended.

Take Avandaryl with your first meal of the day.

Your blood sugar will need to be checked often, and you may need other blood tests at your doctor's office.

Low blood sugar (hypoglycemia) can happen to everyone who has diabetes. Symptoms include headache, hunger, sweating, confusion, irritability, dizziness, or feeling shaky. Always keep a source of sugar with you in case you have low blood sugar. Sugar sources include fruit juice, hard candy, crackers, raisins, and non-diet soda. Be sure your family and close friends know how to help you in an emergency.

If you have severe hypoglycemia and cannot eat or drink, use a glucagon injection. Your doctor can prescribe a glucagon emergency injection kit and tell you how to use it.

Check your blood sugar carefully during times of stress, travel, illness, surgery or medical emergency, vigorous exercise, or if you drink alcohol or skip meals. These things can affect your glucose levels and your dose needs may also change. Do not change your Avandaryl dose or dosing schedule without your doctor's advice.

Use Avandaryl regularly to get the most benefit. Get your prescription refilled before you run out of medicine completely.

This medicine is only part of a treatment program that may also include diet, exercise, weight control, blood sugar testing, vision exams, and special medical care. Follow your doctor's instructions very closely.

Store Avandaryl at room temperature away from moisture, heat, and light. Keep the bottle tightly closed when not in use.

Individualize dose based on safety, efficacy, and prior therapy; asses the risk versus benefit of initiating with combination therapy versus monotherapy

Comments: Take with first meal of the day.
-Monitor closely for fluid related adverse events, particularly with rosiglitazone initiation and titration.
-If hypoglycemia occurs, dose reduction of the glimepiride component may be necessary.

Use: To improve glycemic control in adult patients with type 2 diabetes mellitus as an adjunct to diet and exercise.

Seek emergency medical attention or call the Poison Help line at 1-800-222-1222. An Avandaryl overdose can cause life-threatening hypoglycemia.

What should I avoid while taking Avandaryl?

Avoid drinking alcohol. It can lower your blood sugar.

Avoid exposure to sunlight or tanning beds. This medication can make you sunburn more easily. Wear protective clothing and use sunscreen (SPF 30 or higher) when you are outdoors.

Get emergency medical help if you have signs of an allergic reaction to Avandaryl: hives; difficult breathing; swelling of your face, lips, tongue, or throat.

Common Avandaryl side effects may include:

What other drugs will affect Avandaryl?

Tell your doctor if you use insulin. Taking Avandaryl while you are using insulin may increase your risk of serious heart problems.

Tell your doctor about all your current medicines and any you start or stop using, especially:

This list is not complete. Many other medicines can increase or decrease the effects of Avandaryl on lowering your blood sugar. This includes prescription and over-the-counter medicines, vitamins, and herbal products. Not all possible interactions are listed in this medication guide.

Remember, keep this and all other medicines out of the reach of children, never share your medicines with others, and use Avandaryl only for the indication prescribed.

Note: This document contains side effect information about glimepiride / rosiglitazone. Some of the dosage forms listed on this page may not apply to the brand name Avandaryl.

Overall data from rosiglitazone long-term trials including the RECORD, ADOPT, and DREAM trials (rosiglitazone n=6311; control n=7756) showed no difference in overall mortality or major adverse cardiovascular events; however, a meta-analysis of shorter-term trials suggests and increased risk for myocardial infarction with rosiglitazone compared with placebo.

The RECORD trial (Rosiglitazone evaluated for Cardiac Outcomes and Regulation of Glycemia in Diabetes; mean age 58 years; 52% male) revealed no significant difference in cardiovascular hospitalization or cardiovascular death (primary outcome) among patients with type 2 diabetes receiving rosiglitazone add-on therapy (n=2220) compared with active control (n=2227); however, there was a significant difference in the incidence of congestive heart failure (secondary endpoint). Patients who had failed metformin or sulfonylurea monotherapy were randomized to add-on rosiglitazone or active control (add-on metformin for those inadequately controlled on sulfonylurea or add-on sulfonylurea for those inadequately controlled on metformin). Patients were treated to a target glycosylated hemoglobin (HbA1c) of 7% or less. Heart failure was reported in 61 patients receiving add-on rosiglitazone and 29 patients receiving active control.

Cardiovascular Events in Patients with NYHA Class I and II Heart Failure:

Anemia was reported in 1.9% of patients receiving rosiglitazone as monotherapy. When taken in combination with metformin, a sulfonylurea, or metformin plus a sulfonylurea, the incidence of anemia was 7.1%, 2.3%, and 6.7%, respectively. Laboratory findings have shown dose-related decreases in hemoglobin and hematocrit; mean decreases in hemoglobin were 1 g/dL and up to 3.3% in hematocrit. These changes primarily occurred during the first 3 months or following a dose increase. They may be related to increased plasma volume.