How to save on Atorvastatin?

Cardiovascular disease is currently the leading cause of death in the United States. The American Heart Association estimates that one in three deaths is caused by cardiovascular problems. The cardiovascular diseases include conditions like Coronary Artery Disease, atherosclerosis, heart attack and stroke. One of the main ways heart disease can develop is due to atherosclerosis. This is a condition in which a plaque-like substance can build up on the artery walls, which causes their narrowing and restricts the flow of blood. Restricted blood flow in combination with the plaque buildup on the artery walls could form a blood clot, leading to more serious complications like a heart attack or stroke.

What causes the buildup of this plaque-like substance? It is something everyone has heard about and probably been routinely tested for during an annual physical checkup. The substance that largely causes this plaque-buildup is cholesterol. Cholesterol is a fat-like waxy substance that is important for normal cellular function and synthesis of fat-soluble vitamins like vitamin D, hormones, and acids that help us digest our food. Cholesterol also keeps our cells intact because it is a major component of the structural cell membrane. So, cholesterol is not bad for us and is actually crucial for normal functioning of our cells and our body.

When cholesterol levels become too high due to various factors, this can cause atherosclerosis, which is the buildup of plaques on the artery walls and subsequent narrowing of the arteries. There can be many reasons for developing elevated cholesterol levels. Some people are at a higher genetic risk of having high cholesterol due to a condition called Familial Hypercholesterolemia. Others are at higher risk due to pre-existing diseases like obesity or Type II Diabetes. Most often though, high cholesterol is a result of a lifestyle that lacks exercise and has a high dietary intake of animal-food products and fatty dairy products.

There are two types of cholesterol that are measured to determine its levels in our blood. One is high-density lipoprotein (HDL) and the other is low-density lipoprotein (LDL). HDL is considered to be the ‘good cholesterol’. Research has shown that high levels of HDL can reduce the risk of heart attack or stroke. LDL is the ‘bad cholesterol’ because it directly leads to buildup of plaques on the artery walls, so higher levels of LDL indicate a higher risk of heart disease. Not only older adults are at risk for high cholesterol, so it is important to get levels checked at regular intervals.

Whatever the reason for high cholesterol, there are excellent drugs available on the market to bring cholesterol levels down and reduce the risk of a heart attack or stroke due it. The statins are the first line treatment drugs that are used to treat high cholesterol. Cholesterol is normally made in the liver. Statins reduce the amount of cholesterol that is naturally made by the liver by inhibiting an enzyme called hydroxymethylglutaryl-coenzyme A (HMG-CoA) Reductase. HMG-CoA Reductase mediates a crucial step in cholesterol synthesis by catalyzing the conversion of HMG to mevalonic acid. This metabolic step is critical for the synthesis of LDL and very low-density lipoprotein (VLDL) as well. Normally, HMG-CoA will bind to the HMG-CoA Reductase enzyme during this step. Statins have a chemical structure that is similar to the HMG-CoA so they can competitively bind to the HMG-CoA Reductase instead of HMG-CoA, thereby inhibiting the conversion of HMG to mevalonic acid. Because statins inhibit this critical step, the overall levels of cholesterol and LDL (‘bad cholesterol’) made by the liver are also reduced.  When LDL made by the body is reduced, the liver tries to compensate for the loss of LDL by producing higher levels of HDL (‘good cholesterol’). This can lower the risk of cardiovascular disease, heart attack and stroke. This is the reason why statins are prescribed after an adverse cardiovascular event, or to prevent one from occurring in higher-risk groups like people with Type II Diabetes.

Some of the most commonly prescribed statins include atorvastatin, lovastatin, pravastatin, simvastatin, fluvastatin and rosuvastatin. The statins are among the largest selling class of drugs taken by patients around the world. The most widely used statin in this group is atorvastatin. Between 1996 and 2012, atorvastatin marketed as Lipitor was the best-selling drug in the world by generating $125 billion in sales. This made it the all-time best selling drug. Today, it is still one of the most highly prescribed drugs in North America.

History of Atorvastatin- the highest selling drug of all time

What makes atorvastatin stand out from the other members of its group? To understand this, we have to look back at its history that dates back to the mid-1980’s. The connection between cholesterol and atherosclerosis was established in the 1950’s, but it was not until 1987 that the first commercial statin, lovastatin, was discovered. Lovastatin was designed based on the structure of a fungal metabolite discovered in nature, and was subsequently approved for use in humans by the FDA. Lovastatin is also a HMG-CoA reductase inhibitor, and since its approval there are now six FDA-approved statins that are commercially available to treat high cholesterol. Clinical trials of all the statins have consistently shown remarkable results in lowering cholesterol without any major adverse effects observed. These clinical trials found that the statins reduced plasma LDL levels by 25 to 35% and reduced the frequency of heart attacks by 25 to 30%.

Warner-Lambert then entered an agreement with pharmaceutical giant, Pfizer (at the time known as its predecessor Parke-Davis), who acquired the company and put atorvastatin on the market as brand name, Lipitor, in 1996. The drug was so successful that it alone accounted for almost a quarter of Pfizer’s annual sales per year. The patent on Lipitor expired in 2011, and since then generic atorvastatin calcium tablets have been commercially available around the globe.

What is Atorvastatin used for?

The main indications that atorvastatin is prescribed for include:

This is a condition in which there are abnormal amounts of lipids (cholesterol, triglycerides, fat) in the blood. This is usually caused by diet and lifestyle habits, but can also be caused by genetic factors. Atorvastatin is prescribed to reduce the amount of bad cholesterol (LDL) in the blood.

Atorvastatin is regularly prescribed to patients who are at higher risk of a heart attack or stroke due to other factors like high blood pressure, family history of heart disease, or the presence of diseases like Type II Diabetes or obesity.

Recent research has shown that the statins, like atorvastatin, can provide beneficial effects to patients with kidney disease. However, it is not a first line treatment for kidney disease.

How to save on Atorvastatin

If you are diagnosed with high cholesterol, or if you are prescribed atorvastatin for prevention of a cardiovascular disease, you can rest assured that this drug has been on the market for years and has a high success rate in treating patients all over the world for these indications. It is important to take atorvastatin exactly as recommended by your doctor and it may take a few weeks before you notice that the medication is working. Your doctor may initially adjust your dose depending on how your body responds to the medication. You can purchase atorvastatin by taking your prescription in to a pharmacy. Treating high cholesterol is usually long-term, so the cost of the drug may be a concern. You can find savings on atorvastatin with a drug coupon or discount card available from USA Rx. Another excellent option is signing up for a free prescription drug discount card, also available through USA Rx that will give you maximum savings on your prescription drugs. This card takes just a few minutes to sign up for and can be presented at your pharmacy when you fill your prescription. It is applicable to all FDA-approved drugs. So, don’t let the cost of taking a long-term drug prevent you from being able to get your medication. Once you get your cholesterol down, you will be on your way to living a healthy lifestyle. 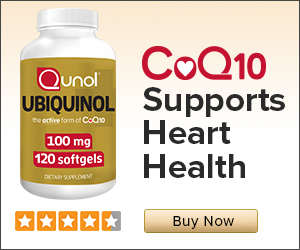 Gestational Diabetes: Everything You Need to Know and How to Prevent It

What Are the Symptoms of HIV in Men?

Mulberries: A Berry with Many Benefits