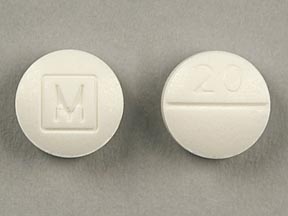 Concerta (methylphenidate) is a central nervous system stimulant. It affects chemicals in the brain and nerves that contrIbute to hyperactivity and impulse control. Concerta extended-release tablets are used to treat attention deficit hyperactivity disorder (ADHD) in adults and children 6 years of age and older. Concerta may also be used for purposes not listed in this medication guide. You should not use Concerta if you have glaucoma, tics or Tourette's syndrome, or severe anxiety, tension, or agitation. Learn more

How much is my Concerta co-pay with Medicare?

Ways to Save on Concerta

Here are some ways that may lower the cost of your concerta prescription.

Note: This document contains side effect information about methylphenidate. Some of the dosage forms listed on this page may not apply to the brand name Concerta.

Common side effects of Concerta include: insomnia, nausea, decreased appetite, and xerostomia. Other side effects include: anxiety, hyperhidrosis, and irritability. See below for a comprehensive list of adverse effects.

Along with its needed effects, methylphenidate (the active ingredient contained in Concerta) may cause some unwanted effects. Although not all of these side effects may occur, if they do occur they may need medical attention.

Among patients 7 to 10 years old, consistently medicated (i.e., receiving methylphenidate (the active ingredient contained in Concerta) for 7 days per week) for over 14 months, as well as in naturalistic subgroups of newly methylphenidate-treated patients over 36 months (ages of 10 to 13 years), a temporary slowing in growth rate (on average, a total of about 2 cm less growth in height and 2.7 kg less growth in weight over 3 years), has been observed compared to non-medicated patients. This slowing in growth rate has been observed without evidence of growth rebound.