What Is Tamsulosin and What Are the Long Term Effects?

Benign prostatic hyperplasia is one of the most common medical conditions affecting men as they age, with approximately 70 percent of men over the age of 70 affected by the condition.

Benign prostatic hyperplasia is not indicative of the future likelihood of prostate cancer, but it can be inconvenient, embarrassing, and frustrating, no matter how common it may be.

Recently, some reports have indicated that there may be a link between the long term use of certain medications used to treat benign prostatic hyperplasia, like tamsulosin, and cognitive decline and dementia.

Tamsulosin, sold under the brand name Flomax, is a medication that belongs to a class of drugs called alpha-blockers.

In general, alpha-blockers relax muscles throughout the body by blocking the action of a hormone called norepinephrine from causing the muscles in the walls of the arteries and veins to constrict.

Alpha-blockers are sometimes used to treat high blood pressure when used in combination with other drugs, including diuretics, but they are also commonly used to treat symptoms of an enlarged prostate.

Tamsulosin is not a blood pressure medication and is only intended for the treatment of symptoms associated with an enlarged prostate. 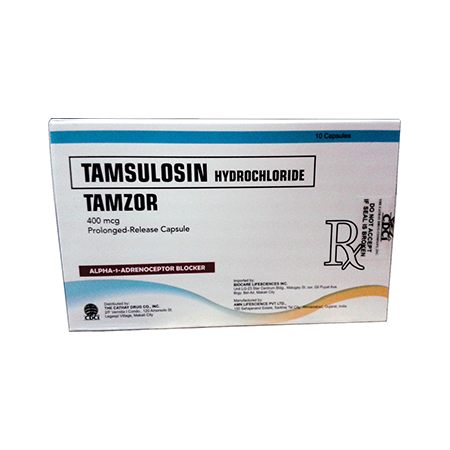 What Is Tamsulosin Used For?

Tamsulosin is primarily prescribed for the treatment of benign prostatic hyperplasia (BPH), also known as an enlarged prostate or prostate enlargement.

BPH is a common condition that naturally affects men as they age but can also be impacted by medical conditions like diabetes and heart disease, as well as other lifestyle factors.

Despite the fact that it can be a common and normal part of aging, it is still frustrating and inconvenient. The prostate surrounds a portion of the urethra, which is a thin tube that carries urine and semen out of the penis.

Men with BPH or an enlarged prostate suffer from diminished capacity in the urethra because the prostate squeezes the urethra, diminishing its flow.

One of the most common symptoms associated with BPH is affected urine flow, which can present as difficulty starting urinating, a weak stream in which your urine starts and stops, or dribbling urine as you finish.

Although the prostate is squeezing the urethra, the urethra isn’t the only part of the body that suffers. Because the body is having difficulty voiding urine, the bladder begins to work harder to eliminate the urine.

Eventually, the bladder muscles begin to weaken, which increases the difficulty in emptying your bladder. Men with weak bladders may suffer from any or all of the following symptoms:

Men with BPH may feel embarrassed or inconvenienced by their condition, but there are many different treatments. Tamsulosin and other medications like it can be used to effectively manage symptoms of BPH.

How Does Tamsulosin Work?

Alpha-blockers work by relaxing the muscles and preventing them from tightening, and while we usually focus on the effects they can have on the heart, alpha-blockers also help treat BPH in the same way.

Tamsulosin works by helping to relax the muscles in the prostate and near the opening of the bladder, which can help to increase the flow of urine.

Specifically, tamsulosin works by blocking the action of alpha1 receptors that are located in and around the prostate, at the neck of the bladder, and at the top of the urethra. With the receptors blocked, they are unable to absorb alpha1, a hormone that tells the muscles to tighten. This in turn helps to improve urine flow and reduce symptoms.

However, tamsulosin does not shrink the size of the prostate. The prostate will continue to grow over time.

How Much Does Tamsulosin Cost?

Tamsulosin is widely available in the generic form and is typically prescribed as a generic unless there is a medical reason to use the brand name version of the drug.

Although some people express concern over the quality of generic drugs, these concerns are unfounded; the FDA subjects generic forms of the medication to the same stringent testing as the brand name form of the drug.

However, you will receive the same treatment when using a generic medication of the same form and strength as you would with a brand name medication.

What Are the Benefits of Tamsulosin?

Tamsulosin is a popular drug for the treatment of BPH and has several benefits. Benefits of tamsulosin include:

What Risks Are Associated With Tamsulosin?

What Dose of Tamsulosin Should I Take?

Tamsulosin is sold in 0.4 mg capsules in both its generic and brand name forms.

Most patients start on an initial dose of 0.4 mg taken orally once per day. The maximum dose is 0.8 mg, or two capsules taken once per day. The dosage of tamsulosin prescribed to you by your doctor will vary depending on the severity of your symptoms, your age, other health conditions, and other medications you may be taking.

Tamsulosin is generally taken about 30 minutes after a meal and should be taken at the same time each day.

What Are the Side Effects of Tamsulosin?

Side effects associated with tamsulosin are categorized as either common or uncommon. Tamsulosin is generally well tolerated by most men.

Common side effects associated with tamsulosin that usually do not need medical attention include:

Most of the side effects listed above are mild and last for only a few days or weeks as your body adjusts to tamsulosin.

What Are the Long Term Effects of Tamsulosin?

Unfortunately, there is no cure for BPH, and despite treating the symptoms, patients’ prostates will continue to enlarge as they continue to age.

As a result, once diagnosed with the condition, most men continue to take medications like tamsulosin in perpetuity to manage their condition.

In the past several years, researchers have begun examining long term effects caused by the continuous use of tamsulosin and other alpha-blockers.

Anecdotal reports of a link between alpha-blockers and cognitive decline and dementia sparked the interest of researchers who decided to conduct studies to determine if a link could be conclusively determined.

An examination of Medicare data from 2006 to 2012 found that patients over the age of 65 who were actively taking tamsulosin had an increased risk of dementia, with an incidence of 31.3 per 1000 person-years compared to 25.9 per 1000 person-years in the control group of men who were not taking BPH medications.

Other BPH medications, including doxazosin, terazosin, alfuzosin, dutasteride, and finasteride were also found to be at an increased risk of dementia and cognitive decline when compared to men who were not taking BPH medications.

However, men taking tamsulosin were found to be at a higher risk of developing dementia than men taking any of the other aforementioned medications.

At this time, it is unknown why tamsulosin may contribute to cognitive decline or an increased risk of dementia. Researchers believe that the medication may simply reveal symptoms in patients that were already suffering from early-stage dementia, but the exact cause is unknown.

Additionally, counter-arguments in support of tamsulosin have also been made.

Other studies show that tamsulosin has a limited ability to pass through the blood-brain barrier, which would seemingly make it unlikely that the drug could increase cognitive decline without penetrating the brain.

More research is needed in order to conclusively determine the impact of tamsulosin on dementia rates and cognitive decline in elderly men.

Patients should consider whether the benefits of taking tamsulosin to manage their BPH outweigh the risks and should talk to their doctors before using tamsulosin.

Who Should Not Take Tamsulosin?

People taking the following medications should inform their doctors prior to taking tamsulosin, as the medications may interact:

View Printer Friendly Version
Tweet
23 out of 27 found this helpful.