An estimated 87 million Americans live with cardiovascular disease. Any condition that affects the heart and blood vessels is broadly grouped under the cardiovascular diseases. This includes high blood pressure, congestive heart failure, and coronary artery disease to name a few. According to the Center for Disease Control and Prevention (CDC), one in every four Americans die of heart disease making it the leading cause of deaths in the United States.

There are many factors that contribute to the development of heart disease. These include lifestyle habits like the amount of sodium and fat we ingest with our diet, how much exercise we get, and daily stress levels. It could also be due to genetic factors if you have a family history of high blood pressure or cardiovascular disease.

Some of the major factors that largely increase risk of heart disease include high blood pressure (hypertension), high cholesterol in the blood, and smoking cigarettes. The CDC estimates that half of Americans have at least one of these three major risk factors. For example, smoking increases the risk of a heart attack by three times compared to a non-smoker. Other big contributors to heart disease are pre-existing conditions like diabetes or obesity. Excessive alcohol use has also been linked to an increased risk of heart disease.

Whatever the cause for it, treatment of cardiovascular disease is important to maintain the proper flow of blood through the arteries that helps in normal functioning of the heart. Fortunately, the major causes of cardiovascular disease, like high blood pressure, can be treated with certain prescription medications to prevent more serious consequences like a stroke or a heart attack. As blood pressure increases, the absolute risk for a heart attack is also greatly increased, so even a moderate reduction of blood pressure with the right medication can have large benefits in reducing the risk of a heart attack.

Today, one of the first-line treatments for high blood pressure is lisinopril. Exactly what is lisinopril used for? This medication is also used in combination with other drugs to increase the chance of survival after a heart attack, and to treat congestive heart failure. Lisinopril has been on the market for more than three decades, and today it is one of the most commonly prescribed drugs annually in the United States.

What does Lisinopril do?

Hypertension is caused by a buildup of pressure in the arteries that prevents blood from flowing normally from the heart to tissues and organs in our body. To understand how lisinopril works, Lisinopril is a drug that can effectively bring hypertension down to normal blood pressure when used regularly. It has a broad therapeutic range with daily-recommended doses ranging from 10 to 80 mg depending on the medical condition and the individual taking it. Always remember to check with your doctor or healthcare provider on when to take lisinopril.

Lisinopril belongs to the family of medications called Angiotensin-Converting Enzyme (ACE) inhibitors. Angiotensin is a substance that constricts arteries preventing the even flow of blood out of the heart to our tissues and organs in the body. ACE inhibitors block the ability of angiotensin to work, which causes blood vessels to relax so blood can flow normally through the arteries.  Lisinopril does this by inhibiting the renin-angiotensin-aldosterone system, one of the main hormonal regulators of blood flow in the body.

The creation of Lisinopril has an interesting history that dates back to the 1960’s when the very first ACE inhibitors were discovered.  Curiously, the ACE inhibitors trace their roots back to snake venom. In the 1960s, it was discovered that a substance from the venom of Brazilian viper, Bothrops jararca, could inhibit the activity of ACE. This substance could bind to ACE in the same way that would occur naturally, which resulted in reduction of blood pressure. However, this substance was ‘orally inactive’, meaning that it would not work if swallowed. A search ensued to find synthetic compounds similar to the ACE inhibiting substance from snake venom that could produce the same symptoms and effect on blood pressure. Scientists from the pharmaceutical company known today as Bristol Meyers Squibb screened through thousands of compounds and finally found a synthetic inhibitor of ACE that could prevent blood vessels from constricting. This compound became the first-generation ACE inhibitor drug, captopril, from which lisinopril today is derived.

Clinical trials demonstrated the ability of captopril to bring down hypertension, but use of this drug soon manifested its share of problems. Captopril required high doses that led to unwanted adverse effects like a persistent rash and loss of taste in patients taking this medication. Several years later in the early 1980s, scientists at Merck developed a second-generation ACE inhibitor drug, named enalapril. This drug had several advantages over captopril in requiring a slightly lower dosage and eliminated the unwanted side effects that were seen with captopril. Use of enalapril was mostly successful with the Co-operative North Scandinavian Enalapril Survival Study finding a 31 percent reduction in the mortality rate of patients with heart failure who took this drug.  This landmark study brought ACE inhibitors to the forefront of heart disease treatment.

Some problems still existed with these initial ACE inhibitors though, because they are fast acting drugs. This means that the drug is metabolized quickly in the body so the effects last for only a few hours. Having to take the drugs at higher doses and more frequently can consequently lead to more side effects, as well as become a cost burden on patients who take the drug regularly for a chronic condition. This motivated scientist to search for an alternative ACE inhibitor drug that would not require high doses and could last longer in the body to treat high blood pressure. This new drug was lisinopril.

How was it made?

Lisinopril is derived from captopril and enalapril, but it is structurally modified to be a long-lasting drug that has reduced side effects. Scientists at Merck created lisinopril by individually altering the building blocks of the active form of enalapril. They found that the addition of the amino acid, lysine, to one end of the drug provided the long-acting effect that they were looking for. The name, lisinopril, was established after ‘lysine’. After successful clinical trials to study the effect of the new drug, lisinopril became available on the market as an FDA-approved drug, called Prinivil, to treat hypertension in 1987.

Lisinopril creators at Merck later partnered with the pharmaceutical company AstraZeneca and marketed the drug as Zestril. A few years later, lisinopril was FDA-approved for the treatment of heart failure. In 2002, the generic form of lisinopril became available on the market. Zestril and Prinivil are brand names for the generic drug lisinopril. Today, lisinopril is also sold as a lisinopril hydrochlorothiazide, in which it is formulated to contain the diuretic drug hydrochlorothiazide. Diuretics work by causing the kidneys to expel extra water and salts from the body through the urine.

Overall, the development of lisinopril has achieved what it was made for. It mainly differs from the first generation ACE inhibitors in that it is long acting, and it has better ‘oral availability’ meaning that more of the drug reaches the circulation than captopril or enalapril. Unlike enalapril, lisinopril is not metabolized by the liver. Instead, it depends on renal excretion, or metabolism by the kidneys. Due to this, patients taking lisinopril are monitored regularly for normal kidney function. Lisinopril, combined with other drugs like diuretics, is also prescribed for patients with congestive heart failure. Although higher doses may be needed to achieve symptomatic relief in these patients, the overall benefits have been judged to outweigh risks like unwanted side effects and renal toxicity.

What happened to the older ACE inhibitor drugs after the successful creation of lisinopril? Do they still exist? Both enalapril and captopril are still widely used today, but not as frequently as lisinopril. Unlike lisinopril, they are mainly used to treat hypertension and heart failure but are not usually prescribed for recovery after a heart attack. Individual response to ACE inhibitors has also been extensively studied, with findings that certain populations may not benefit from the ACE inhibitor drugs in the same way. So as with any drug, your doctor will examine your medical background, family history and other genetic or lifestyle factors to choose the best medication for you.

Where can you get lisinopril?

If you are given lisinopril by your doctor or health care provider for a medical condition, it can be purchased from any pharmacy with a prescription. Over the years, the cost of buying lisinopril has considerably decreased making it affordable to patients with most insurance plans. However, lisinopril is often prescribed as a long-term drug, so ways to increase savings on it is often a concern to patients. Coupons, available through USA Rx, for prescription medications like lisinopril coupons can help you save money on drugs that are expensive or frequently purchased for a chronic condition like hypertension or heart disease. A convenient general pharmacy card is also available free of cost to enable more savings on all FDA-approved drugs and medicine. If you are taking more than one prescription medication regularly, signing up for a pharmacy discount card that can be presented to your pharmacist can enable extra savings over just your insurance. 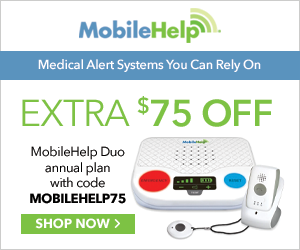 The Pathological Liar: What is it and How to Deal with It

The Truth About Jojoba Oil